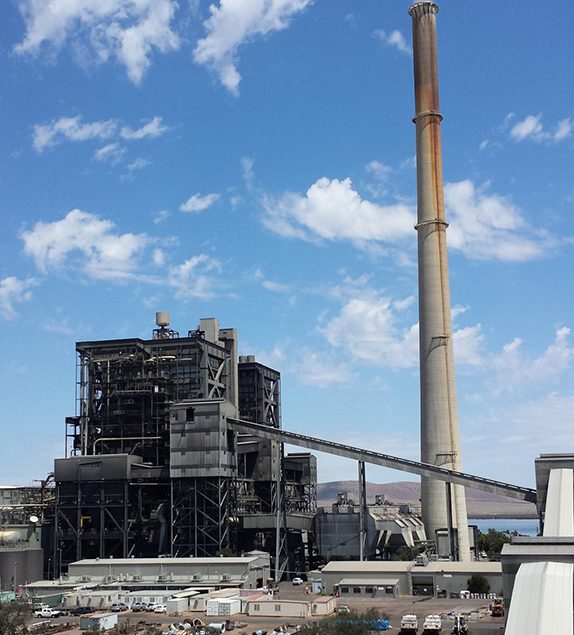 McMahon Services have been appointed as the Principal Contractor for the two year project involving the decommissioning of the Port Augusta Power Stations.

On Friday 9th September the Playford A stack was planned for demolition, reaching the first major milestone in the two year decommissioning program of the Power Stations.

The stack was felled utilising small explosive cracking charges. The charges were engineered to weaken the structure at the base enabling a controlled collapse into the designated fall zone. Specialist charge felling company Precision Demolition was engaged to plan and undertake the felling.

Flinders Power Managing Director, Michael Riches said “felling of the stack early in the two year program allows for more efficient demolition of other areas of the site and enhances safety for personnel working in and around the ‘Active Demolition Zone’ at Playford.” said Michael.

McMahon Services and Flinders Power coordinated the demolition with Government agencies, including SA Police, EPA and emergency services to ensure the highest safety and environmental standards.

A public viewing area was established on Shack Road at a designated site on the Western side of Upper Spencer Gulf, and there was a large crowd gathered to witness the demolition of the 80m structure. 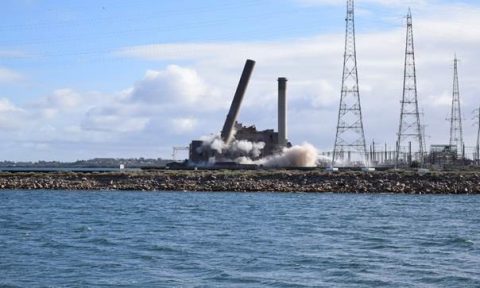 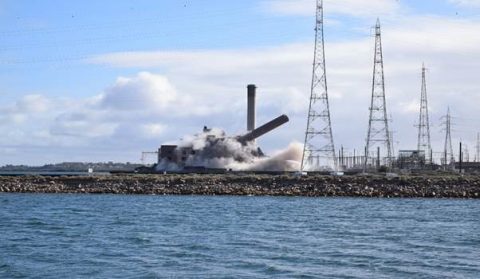