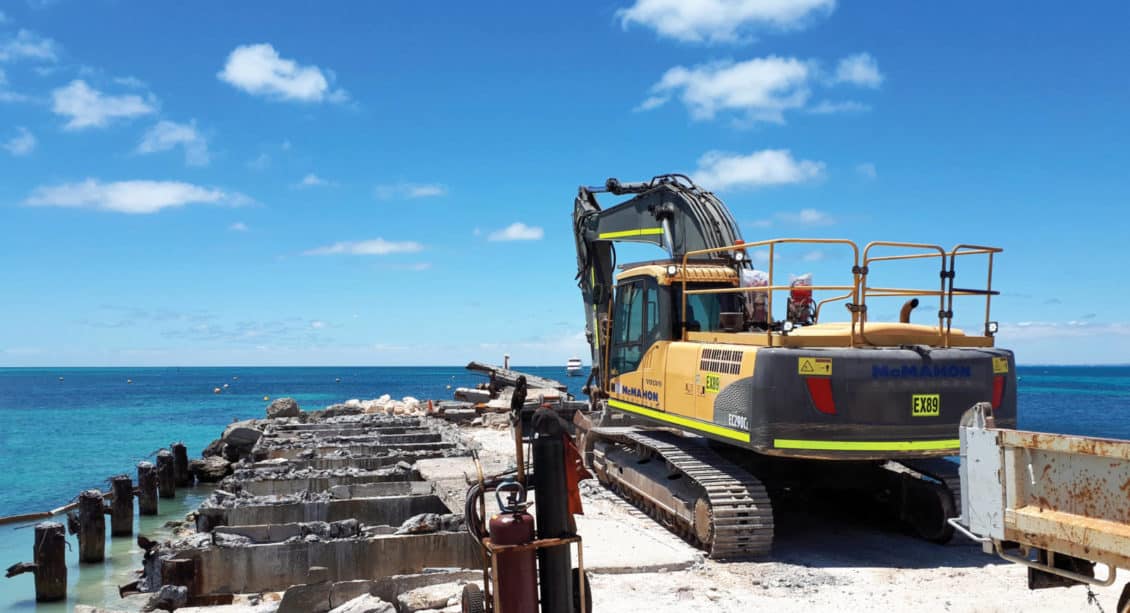 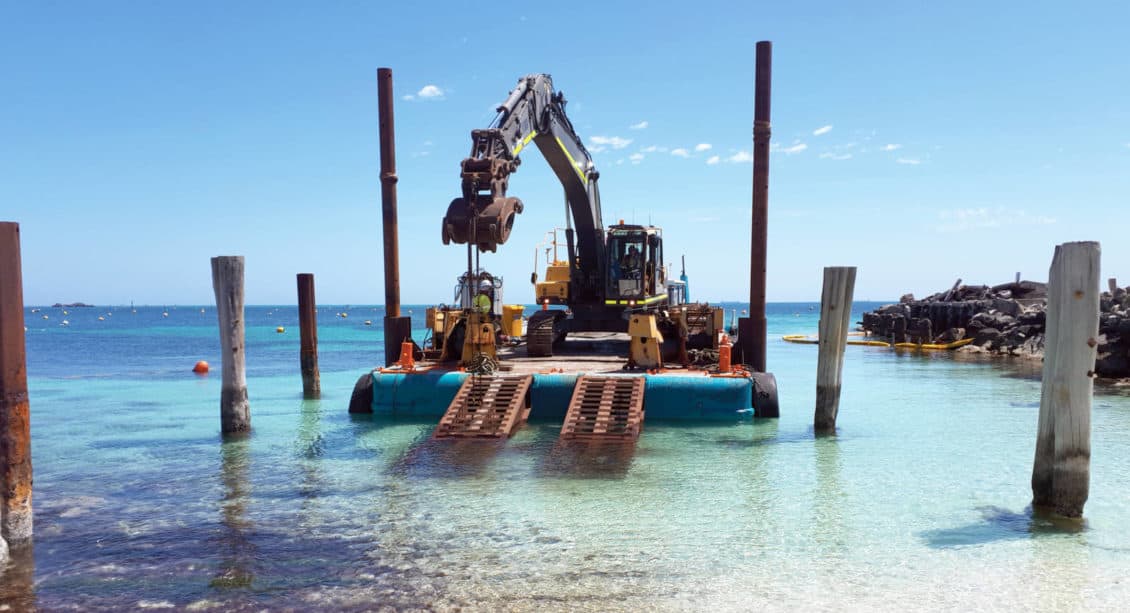 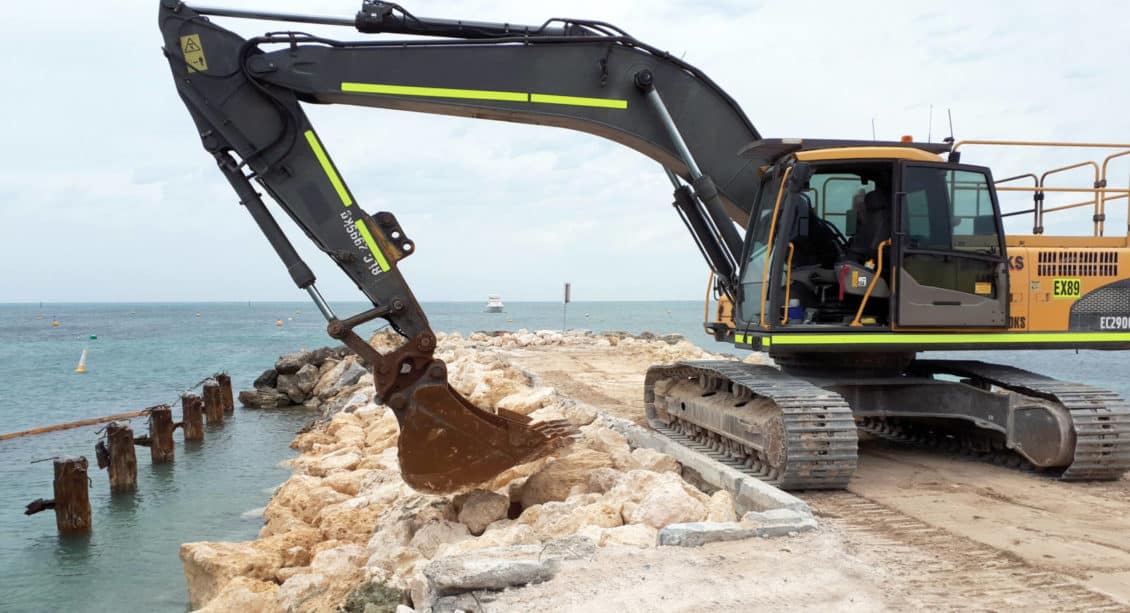 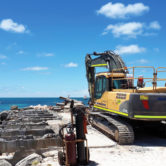 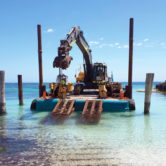 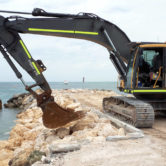 Rottnest Island is a 19km² island located 18km off the coast of Fremantle in Western Australia. A sandy, low-lying island formed on a base of aeolianite limestone, Rottnest is an A-class reserve, the highest level of protection afforded to public land. The island has numerous cultural heritage sites protected under the Aboriginal Heritage Act and the Heritage of Western Australia Act, and is a major tourist destination with many visitors on the island each day.

In October 2018, two jetty’s on Rottnest Island collapsed. The Rottnest Island Authority contacted McMahon Services to demolish and remediate the concrete deck of the jetty’s structure.

Works include the complete demolition of the jetty including the removal of existing steel superstructure, timber fender system and steel piles. A floating boom was set up around work area to contain any possible flotsam. All exposed remaining steel within the existing abutment was coated with a hydrostatic bitumastic sealant to prevent further oxidisation. All demolition waste generated was removed from the Island including timber and steel piles from the boat ramp to make it safe. 100t of armour stone was imported and placed on site to rebuild the groyne on completion of demolition. Approximately 60m³ of limestone road base was also placed and compacted to form a pedestrian track.

Rottnest Island is an A Class reserve therefore the natural environment requires stringent levels of protection during any works on site. McMahon Services ensured compliance with biosecurity requirements related to Division 2 of the Rottnest Island Regulations 1988. This included ensuring all vehicles, plant, equipment and all tools are free from soil, dirt and any plant or animal matter, prior to transportation to the island.

Other challenges on the project were transporting plant, equipment and materials to the island by barge and ensuring public and media access to the site was restricted through clear and security fencing and hoarding. A 50m no-go zone was established around the site.