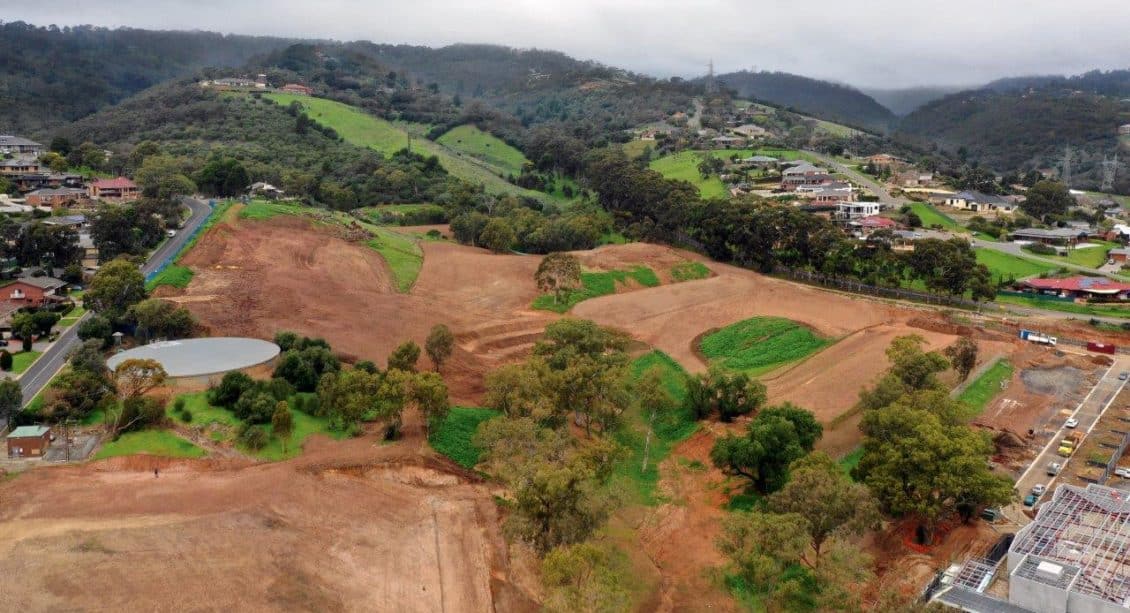 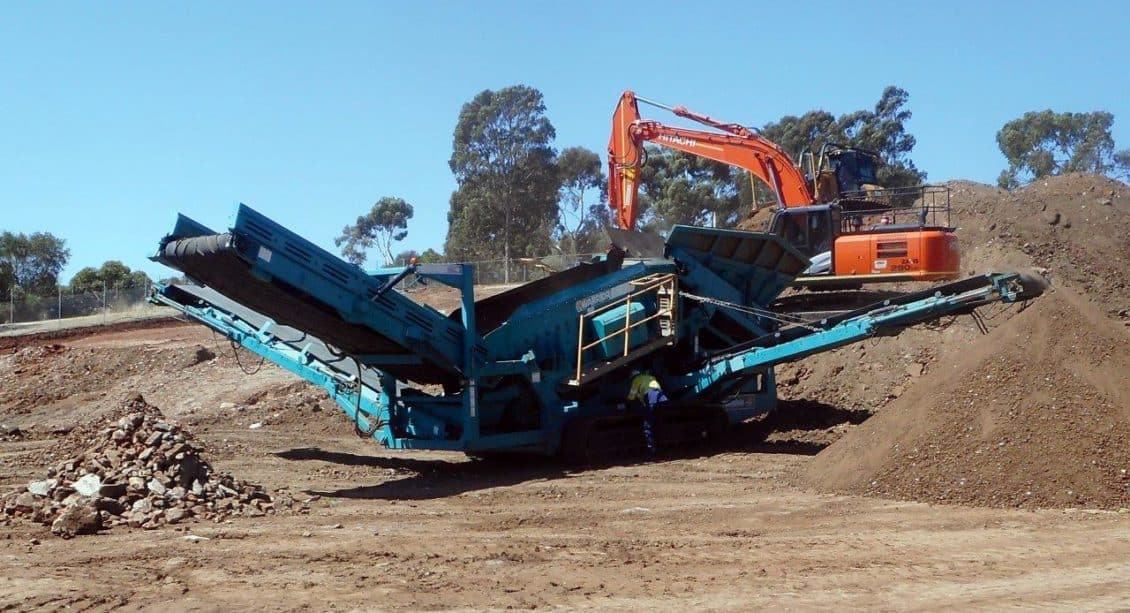 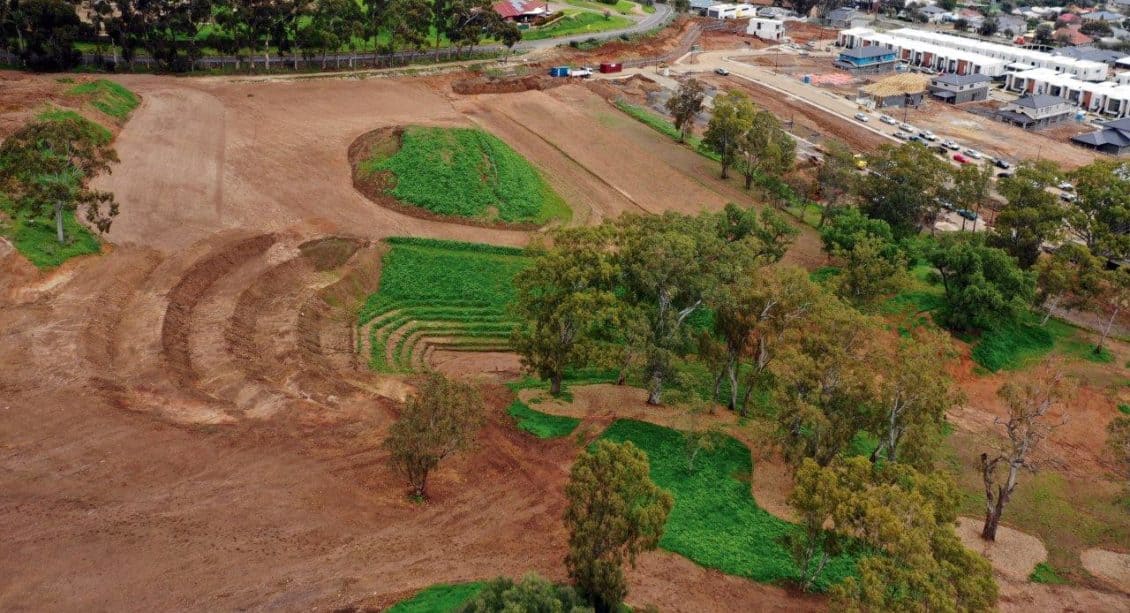 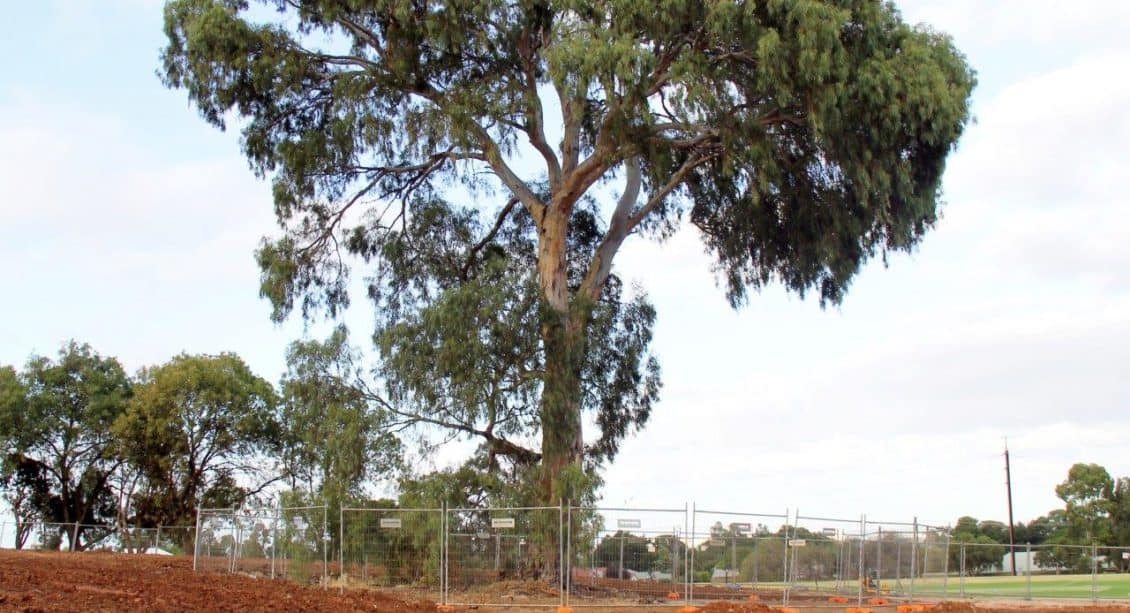 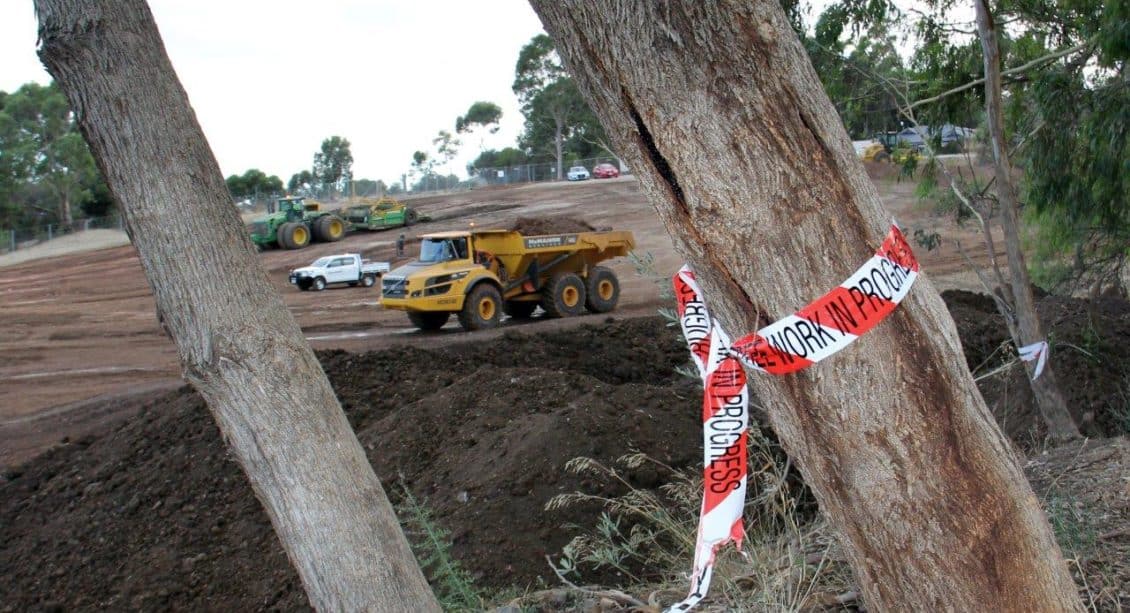 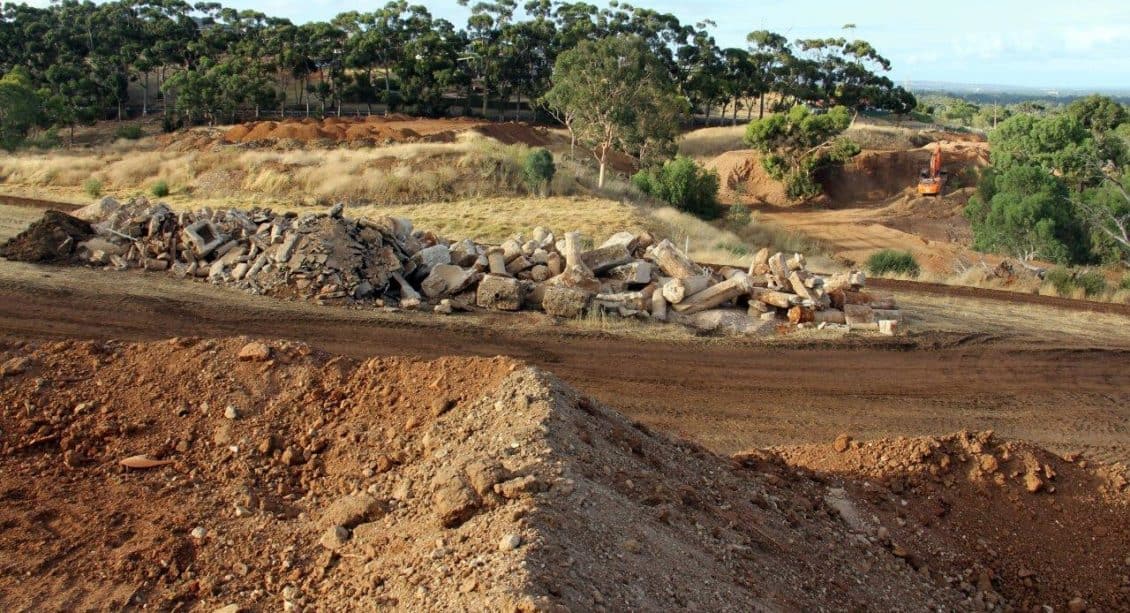 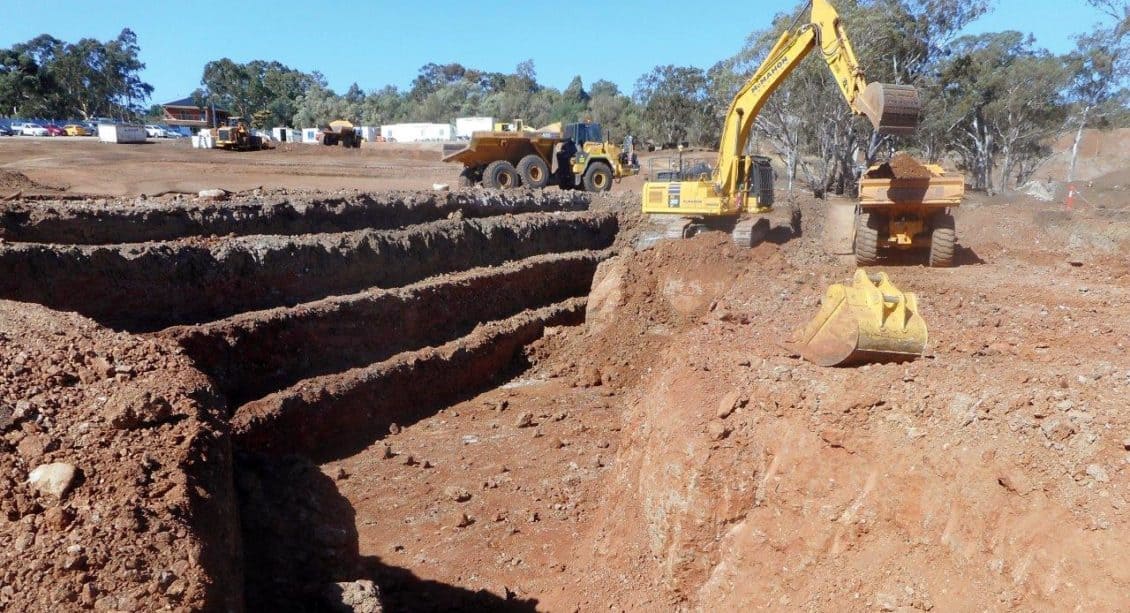 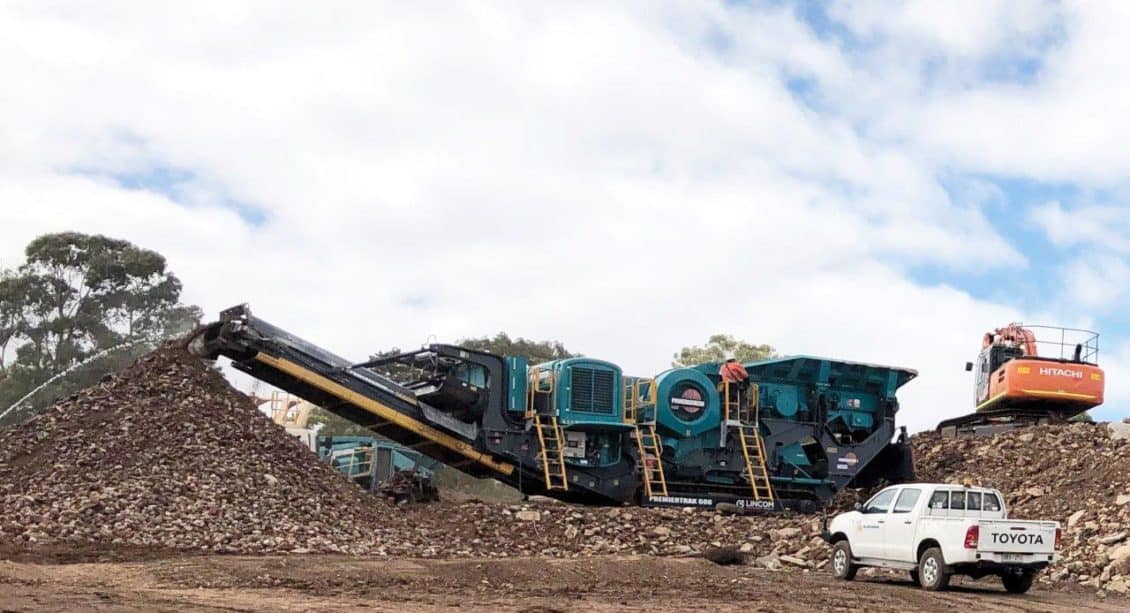 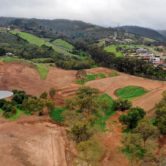 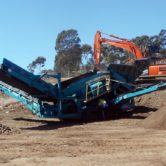 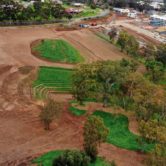 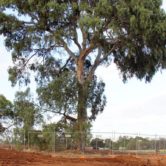 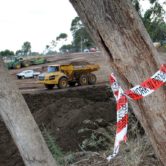 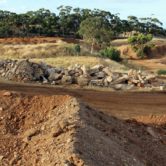 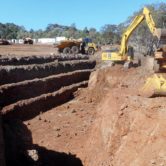 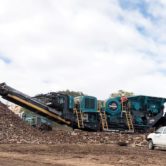 Hamilton Hill in the Adelaide suburb of Woodforde is a new residential development resting at the base of the Adelaide foothills. When completed the development will comprise of approximately 400 dwellings and 50,000m² of open space.

Stages 1 and 2 occurred between October 2016 and October 2017 and comprised of remediation bulk earthwork and approximately 800 concrete pile removals. Over 13,000m³ of contaminated materials was stockpiled and capped with an additional 10,000m³ of clean materials sourced on site.

Other works included site set up and site security, site survey and set out, removal and reinstatement of boundary fencing, emu picking of asbestos containing materials from the surface, site clearing and preparation, removal of top soil and stockpiling, demolition of the existing foundations and concrete piles, demolition of an obsolete sewer, electrical installations, gas and stormwater services, cut and fill, compaction, tree removal and protection of significant trees, shaping batters, building retaining walls and hydro-seeding.

One area of the site was excavated under strict guidance controls of an archaeologist to identify potential heritage sites.

Stages 3A, 3C and 4 works occurred between January 2019 and October 2019. The site contained significant quantities of contaminated soils and collected waste accumulated over a century of human settlement and the focus of the project was to remediate ground conditions for suitability for a residential development.

Excavated materials were classified as two types; Fill Type 1 which was clean material suitable for use across the site, and Fill Type 2 which contained oversize stone and brick, soil, ash, timber and anthropogenic (pollutants of human origin). Fill Type 2 was found predominately in Stages 3A and 3C at depths between 2.0m and 8.0m. This fill was subsequently crushed, treated and caped with a minimum of 3.0m layers of Fill Type 1. Over 250,000m3 of earth was moved and treated with compaction testing completed for every 250m³ of earthworks undertaken.

McMahon Services’ Powerscreen Warrior 1400, a heavy-duty machine built for separating fill materials through screening and splitting technology allowed for Fill Type 1 soils to be separated from Fill Type 2 excavated materials. This resulted in significant reduction in Fill Type 2 both being stockpiled on site and remediated on site through 3.0m minimum capping layers. The Warrior 1400 out output 400t/h and featured low ground pressure crawler tracks for easy mobility.

Other works included the construction of terraces for an outdoor amphitheatre, asbestos monitoring, asbestos pipe removal and disposal, removal and disposal of a fuel tank and the relocation and replacement of 160m of 375mm diameter watermains constructed using polyweld pipe. Over 1200m³ of tree stumps and 2500m³ of concrete were also remediated off site. Protected tree zones were flagged and encircled with bunding.

One of the first challenges on the project was remediating a site covered in thick vegetation which included numerous trees. Some trees were classified as significant and would be retained, some which would be incorporated into future parkland, and others that required removal.

Specialist arborist were engaged for tree and vegetation removal works. All trees were identified and marked using a tree retention rating system and included visual identifiers for significant, dead and regulated classification. All trees that required removal were approved first by the Adelaide Hills Council and then by Starfish Developments. Trees were then removed during the earthworks as the approval for each tree was obtained.

A challenged faced by the project team were significant trees situated inside the footprint of future road and residential blocks. Minor redesign works were undertaken to minimise tree removal to maximise the natural environment that was retained. Tree retention also supported the local koala population present in the area.

When trees were removed, their wood and particularly their bases were mulched and stockpiled onsite until it could be spread at bases of retained trees rather than the costly process of taking the materials for offsite collection at waste receiving stations.

Protected trees were then encircled in bunting or temporary fencing for segregation from construction works. All trees were inspected by arborists for the presence of koalas and other native animals before any tree was removed.

Concrete foundations from an old building on site comprising of 95 large piles and footing required removal and treatment. The challenge for the project was to return all site concrete back into the ground as Type 2 fill. However, the unearthed piles were oversized and could not easily be incorporated into any backfill works.

The concrete was therefore stockpiled until McMahon Service’s Powerscreen Crusher Premiertrack 600 could be brought on site. The mobile crushing plant designed for large and medium scale operation in quarrying, demolition, recycling and mining operations, was able to crush and transform demolition and construction waste into smaller aggregates and other fill material ranging in size between 75mm to 200mm. Once crushed, the material was then able to be incorporated into the Type 2 fill buried at depths of greater than 3m.

Steel found in footing and pile excavation were segregated and recycled.

The varying slope of the land where remediation works were required presented a challenge to the project during wet weather, particularly during heavy downpours. Runoff water had the potential to pond and to create channels resulting in eroded haul roads which made plant operations hazardous. This risk was mitigated early on during the summer months by staging downhill works early so uphill works could be undertaken in the winter months. While there were delays due to heavy downfalls, they did not affect the program to the degree they could have if advanced staging works had not factored in this risk, as water was not collecting in work areas.

Mitigating the risks further, the project team constructed a retention basis at the lowest point of the site. During inclement weather, stormwater runoff was collected in the basin reducing dewatering requirements across the whole site.

A swale and silt fence were also constructed behind the child care centre adjacent to the works to ensure stormwater runoff did not impact the centre.

After each rain event, a compactor aerated soils rather than to wait for natural drying, thus allowing works to commence earlier. Topsoil was also place ahead of anticipated heavy rainfall events to promote natural seeding and vegetation growth to bring rapid protection of the final levels against erosion in the shortest possible timeframes.

One of the first activities on site was to decommission an overhead powerline to allow for the safe operation of plant and equipment on site. The powerline stobie poles were removed and crushed for reuse on site. Steel was separated and recycled off site.

Access tracks and haul roads for plant and equipment on site were designed as a loop system so the plant could only travel in one direction. This avoided any head on interaction or plants crossing paths.

Material tracking was critical to the success of the works and were monitored and recorded at all times.

Dump trucks recorded all movements including material types transport and where placed, as well as truck size and carrying capacity. These records were compiled in a master register allowing for accurate tracking of daily and weekly production rates, which at project completion averaged at 2,246m³/day and peaked at 4,640m³/day.

Surveys pickups were conducted on all remediated areas and ensured all finishes were with the allowable ±40mm tolerances. Two time-lapse cameras on site recorded a photograph of the works every 15 minutes. Geotechnical engineers provided level 1 supervision across 430 compaction tests.

All materials to be disposed offsite was first notified to Starfish. Across the works, the project team disposed of 16.3t of construction and demolition waste, 6.1t of asbestos containing materials, 34.5t of steel and various tyres to EPA licensed facilities accompanied with the appropriate disposal dockets acquired and EPA tracking documentation. 97 passenger car tyres, seven light and nine heavy truck tyres, and 11 tractor tyres were removed from site and recycled. The asbestos was the only material not recycled resulting in a 93% recycling rate for the project.

A major risk for the community adjacent to the works was excessive dust created during earthworks and remediation works. The project team met with residents of neighbouring properties to address any concerns they had and worked collaborative with them to meet all stakeholder needs.

The outcome of the meeting were many and included not starting any plant and equipment onsite before 7:00am, the continued use of a Moxy Water Truck and a 12,000L Water Truck for dust suppression, and the construction of a mound using clean Fill Type 1 material to serve as an additional dust suppressant mechanism which also muffled the sounds of plant operations.

Dust monitoring was undertaken on an ongoing basis to ensure dust levels were well below limits as stipulated by Environmental Protection Authority (EPA) standards. Temporary fencing was established between the construction site and the public as an extra measure of safety and worksite delineation.

Project workforce peaked at 15 with a 7% Indigenous participation. All labour was sourced locally either within McMahon Services to through external hire. Workforce received ticket training in the use of compaction and rollers, GPS operations, and rover and scraper operations.