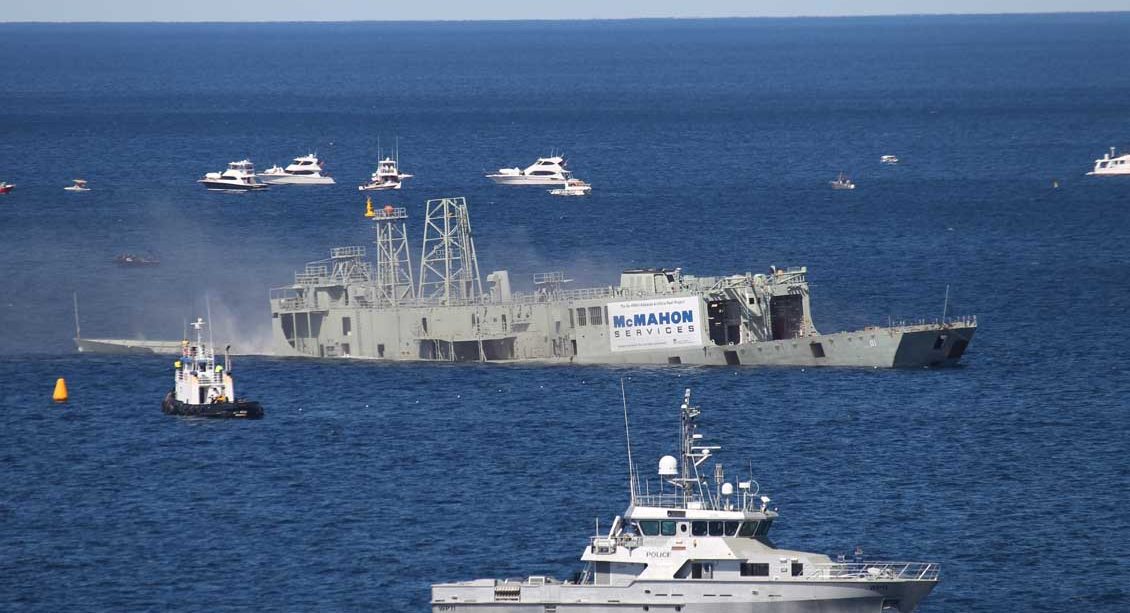 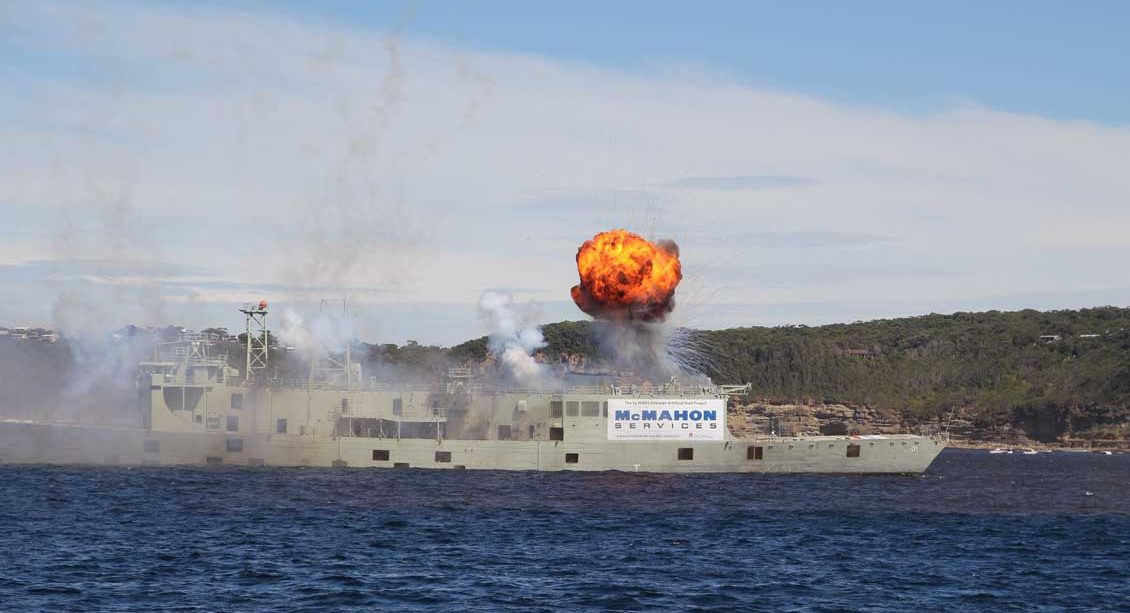 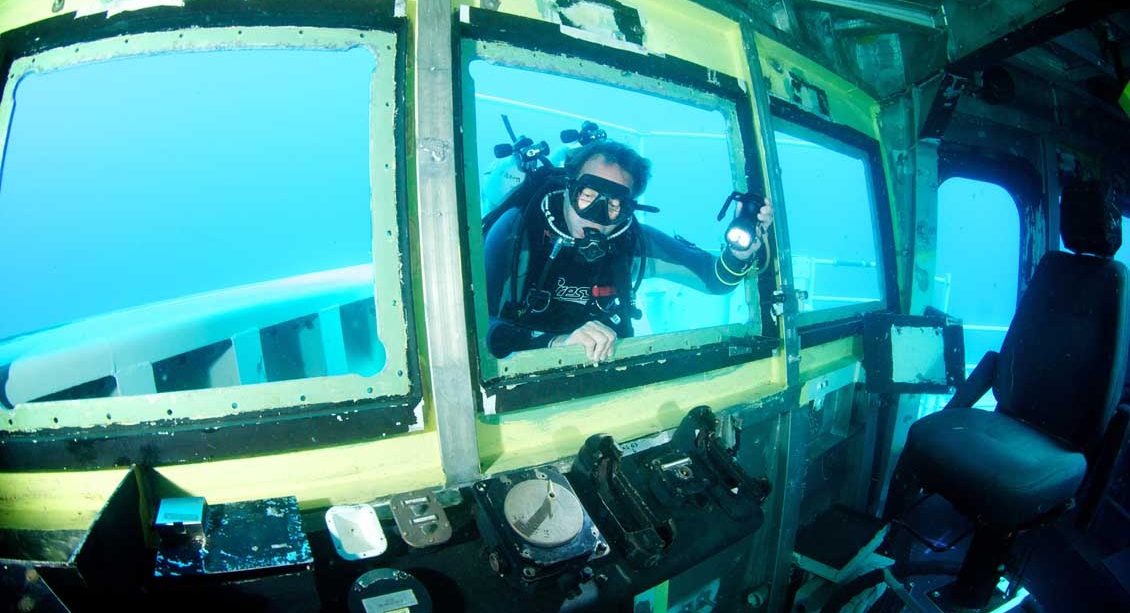 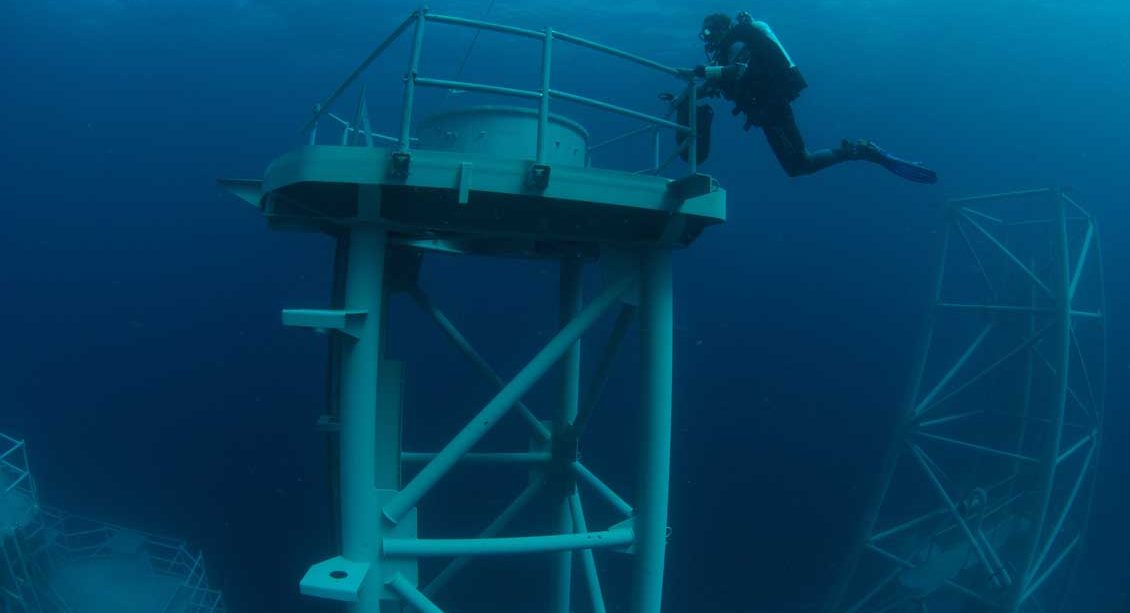 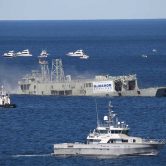 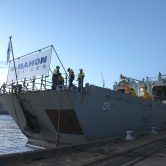 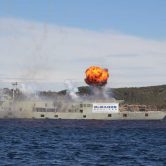 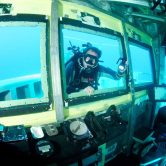 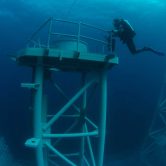 Stripping and preparation of former war ship to a virtual skeleton and scuttling off the NSW mid coast.

This ship participated in the 1990/91 Gulf War, peacekeeping operations in East Timor in 1999 and deployed to the Arabian Gulf as part of the International Coalition against Terrorism in 2001 and 2004. She was Australia’s first guided-missile frigate and was home-ported in Western Australia.

McMahon Services were contracted by NSW Land & Property Management Authority to prepare the vessel for scuttling off the NSW mid coast. This was an enormous task – stripping a fully operational war ship to make it a virtual skeleton. All environmental hazards required total removal.

We had to develop methods to make the vessel do what it was never design to do…sink. The vessel was littered with specially cut holes to let water in and air out when it was scuttled. The main task was to penetrate bulkheads and clearing pathways through the vessel so that divers had enough room to manoeuvre through safe thoroughfares.

The client and end user groups, including the dive community and environmental groups, were very pleased with the dive design and the considerable items of interest that were retained in the vessel from the Bridge to the Engine Rooms.

Environmental groups were impressed with the standard of clean lines particularly the removal of the hydro carbons, insulation and dangerous materials.

The project took approximately 18 months to complete, with man hours in excess of 30,000 hours with a steady crew of 20 personnel.