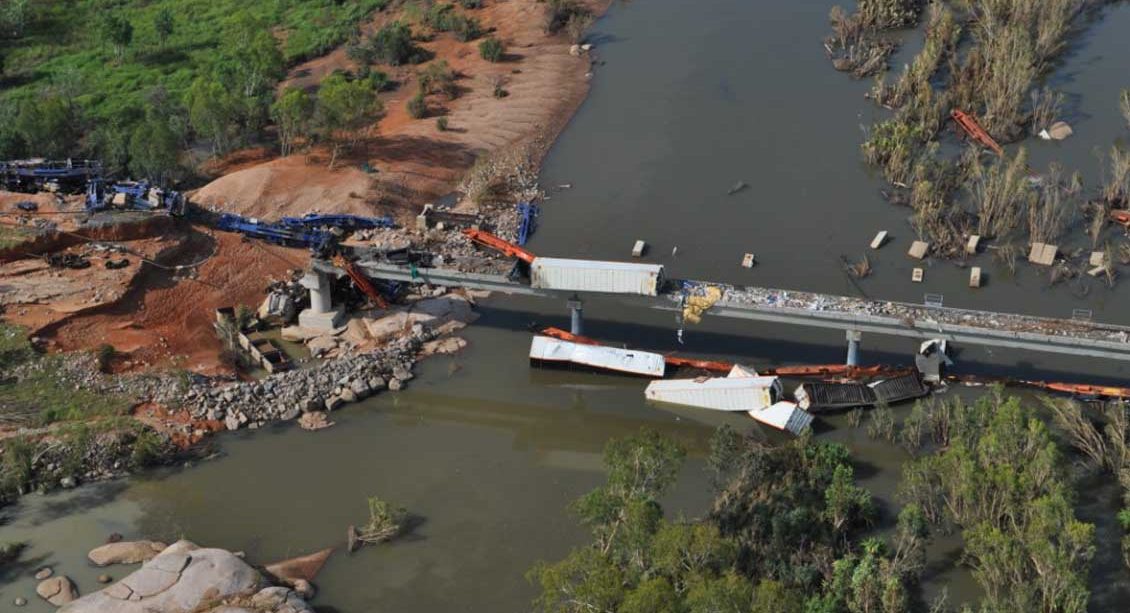 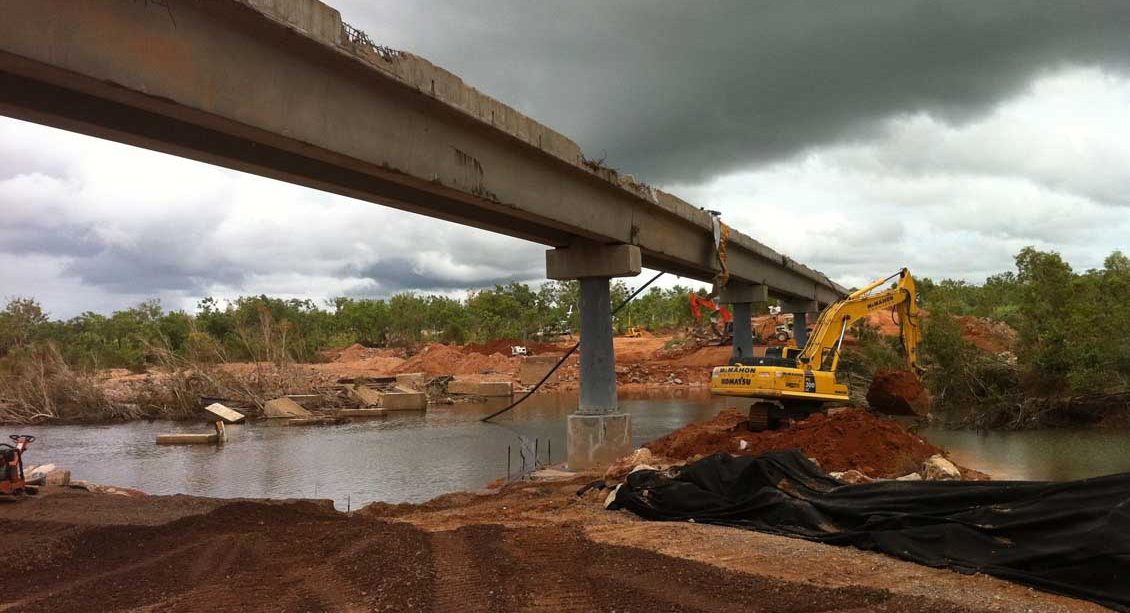 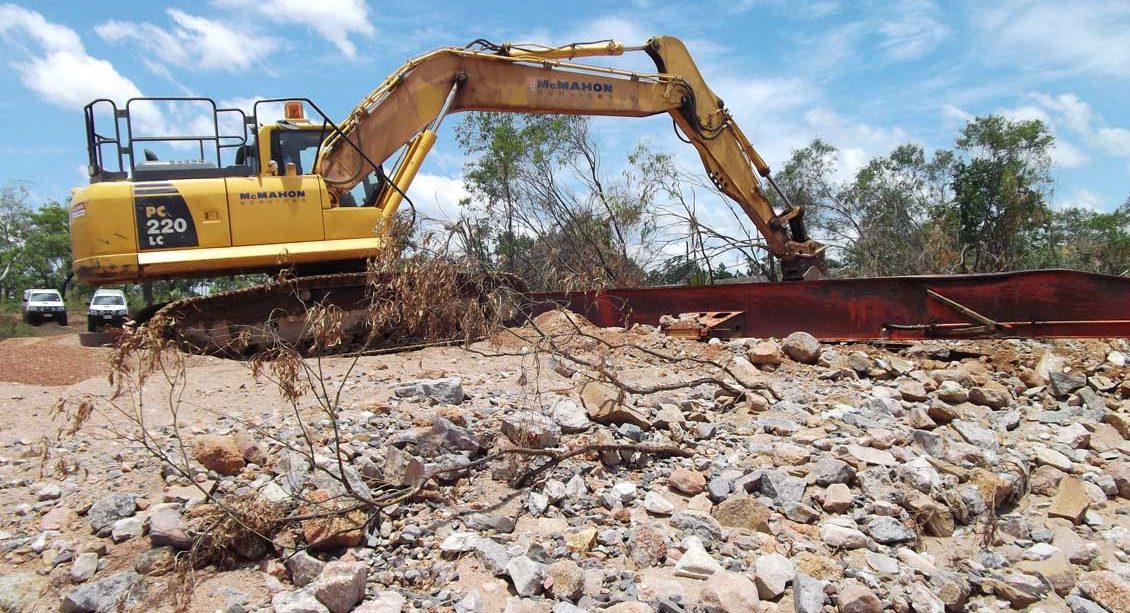 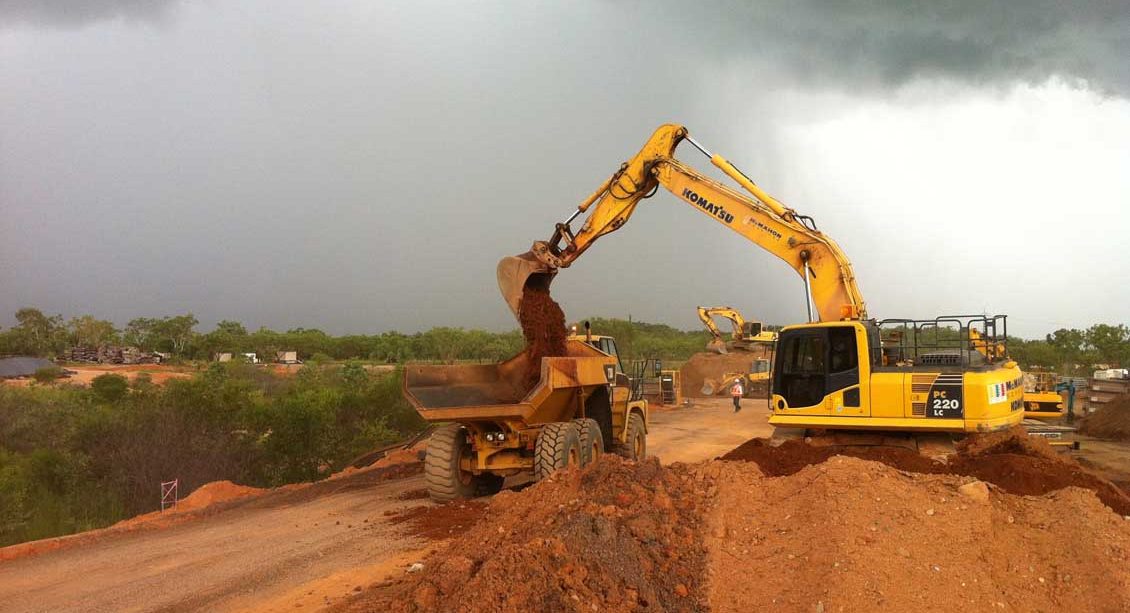 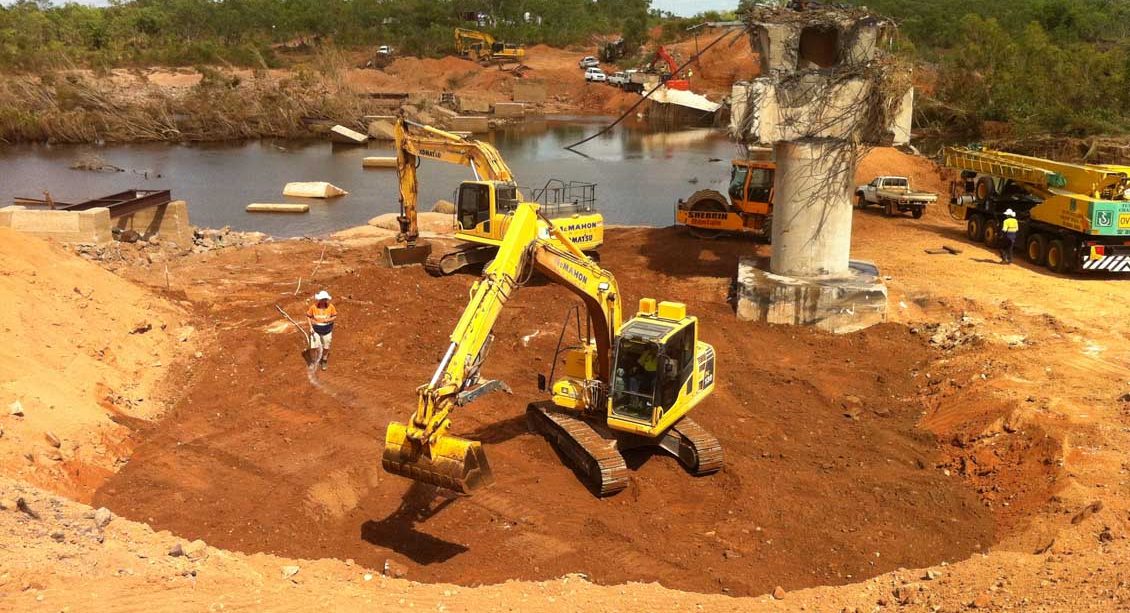 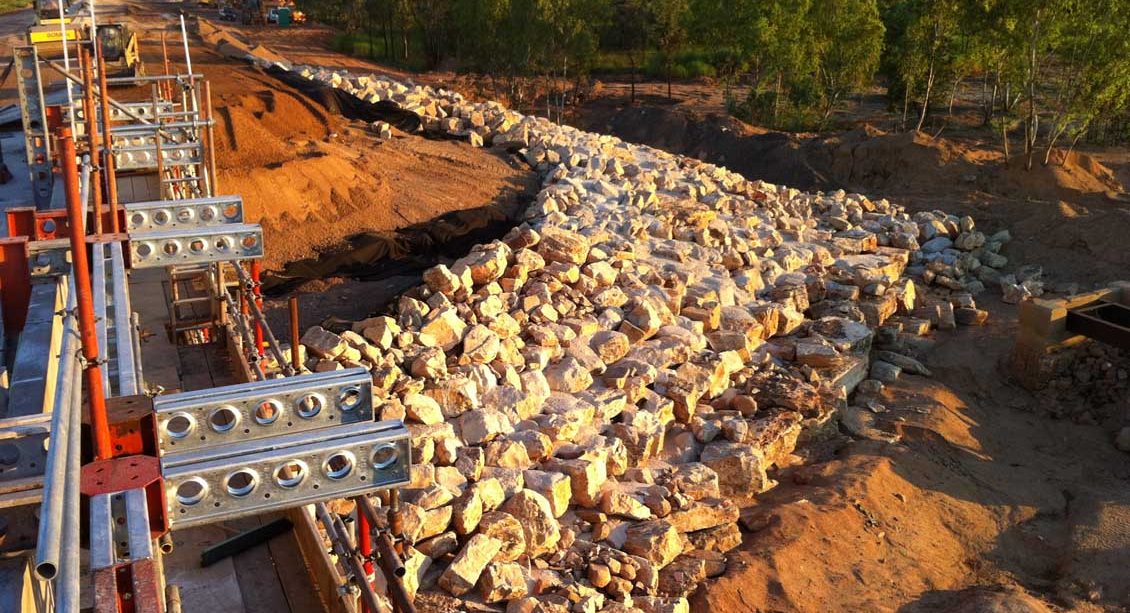 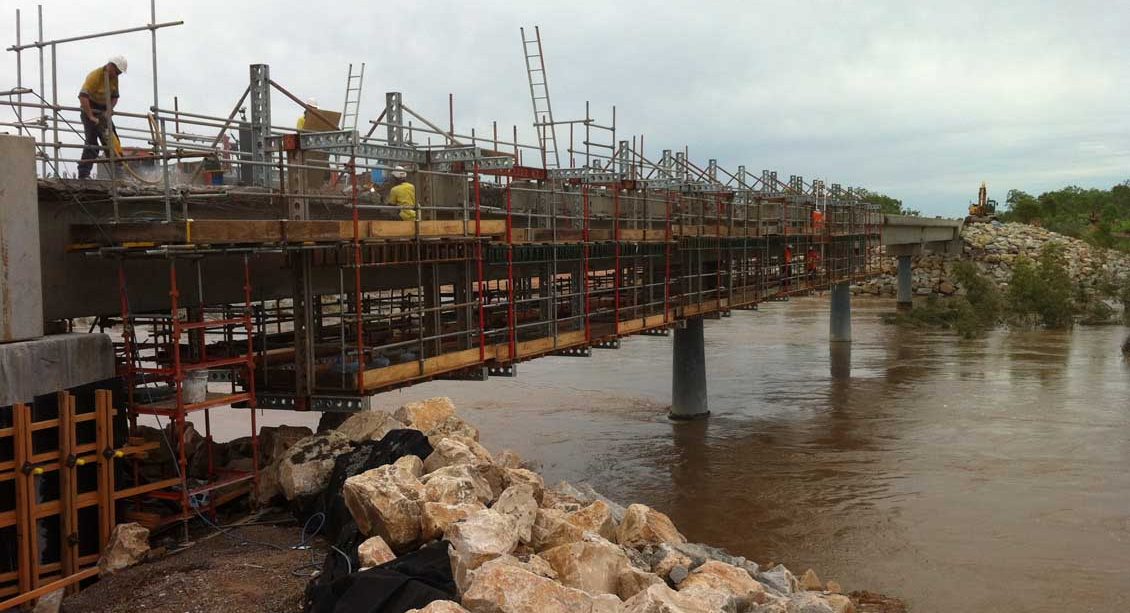 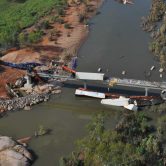 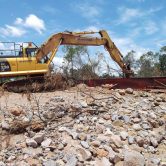 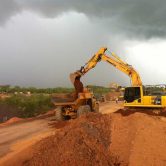 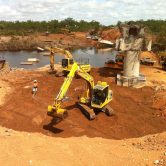 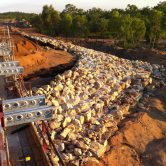 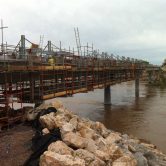 An urgent phone call on New Year’s Eve prompted McMahon Services to assist with the recovery of a freight train from the Edith River as a result of damage caused by Cyclone Grant.

We received an urgent phone call on New Year’s Eve to rapidly assist with a difficult clean-up of a freight train derailment in the Northern Territory.

The train derailed on Tuesday 27 December 40 kilometres north of Katherine due to flood waters on the Edith River Rail Bridge from heavy rainfall associated with Cyclone Grant.

Appointed as Head Project Manager, we called in three senior staff members from annual leave who arrived on-site the next day, ready to take charge of the emergency response effort.

Wasting no time, plant and equipment was mobilised to site from our Darwin and Adelaide operations the same day, site accommodation was established, and the mammoth clean-up commenced.

With over 30 personnel on-site across four different contractors, the first task was to recover the derailed train in order for repairs to the Rail Bridge and abutments to commence. This involved the removal of rail carriages from the flowing river, copper concentrate for re-packaging, while rail carriages and debris were still sitting on the bridge with the only access via a 250 tonne mobile crane.

The project also called for the clean-up of a diesel spill which had leaked from the three locomotives, stockpiling around 1,500 tonnes of diesel contaminated soil which has to be bioremediated on-site during the dry season. This included the following:

The next challenging task was to rebuild approximately 200 metres of track formation leading up to the bridge, and the placement of rock protection around the southern bridge abutment, including removal of all unsuitable material down to bedrock.

McMahon Services was also responsible for the massive clean-up of debris and recovering containers up to three kilometres down the Edith River, wrapped around bridge pylons and the road bridge. Further work is still needed, however, once the waters have receded and better access is available.

We faced some difficult challenges throughout the project, from the stability of the bridge to operating machinery in deep floodwaters, remoteness of the site, and mobilising plant and equipment through flood effected areas. Workers were also confronted by continual 40 degree heat and 100% humidity.

Additional works were awarded for bridge repairs, including the removal of one span of bridge by replacing two 30 metre long 55 tonne girders including casting a new concrete deck. To replace the girders a crane pad was constructed in the flowing river bed, consisting of 7,500 tonne rubble and 2,500 tonne of rock to support a 250 tonne crawler crane and 250 tonne hydraulic crane used to lift the damaged spans out and new graders in.