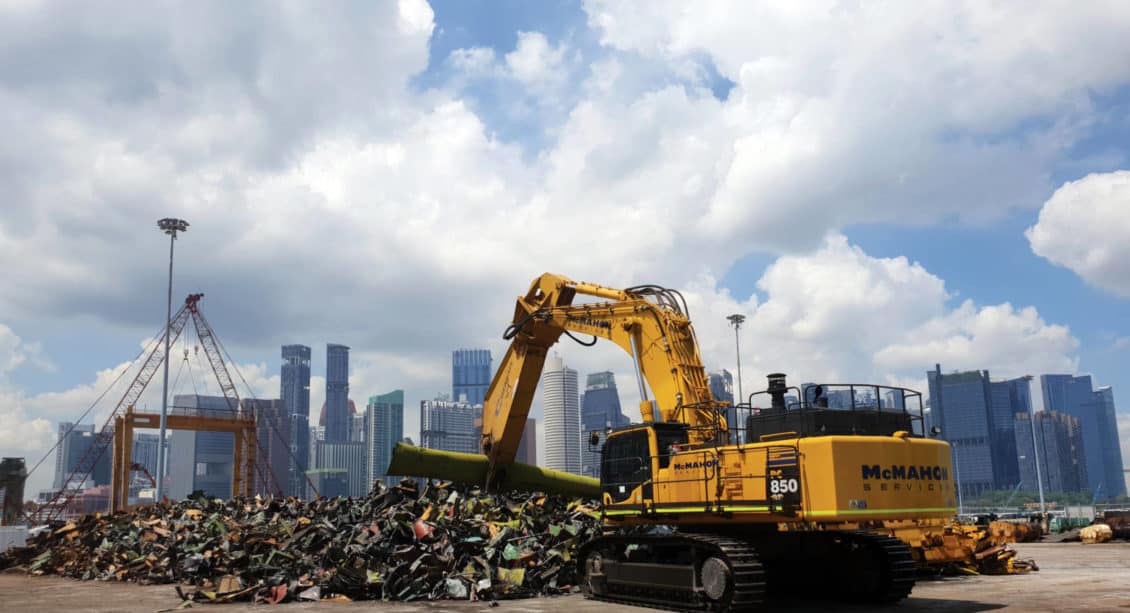 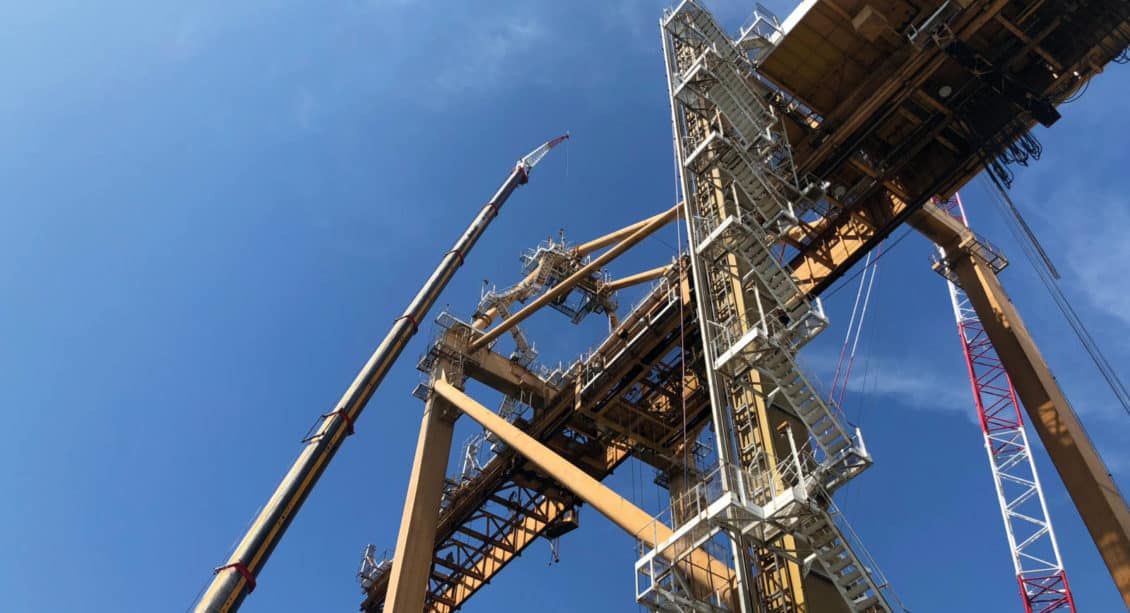 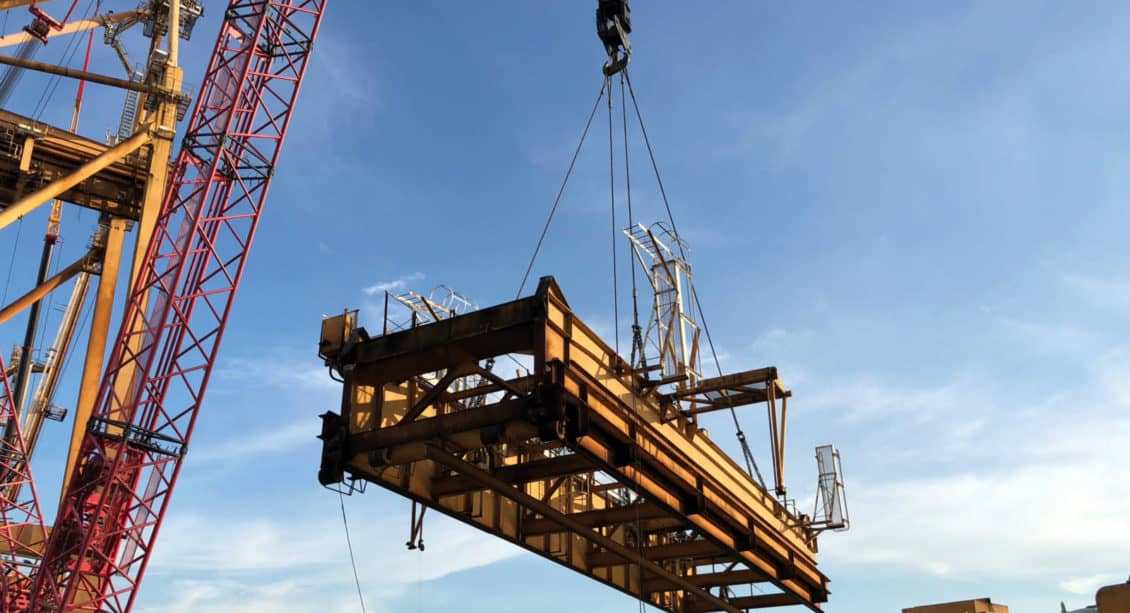 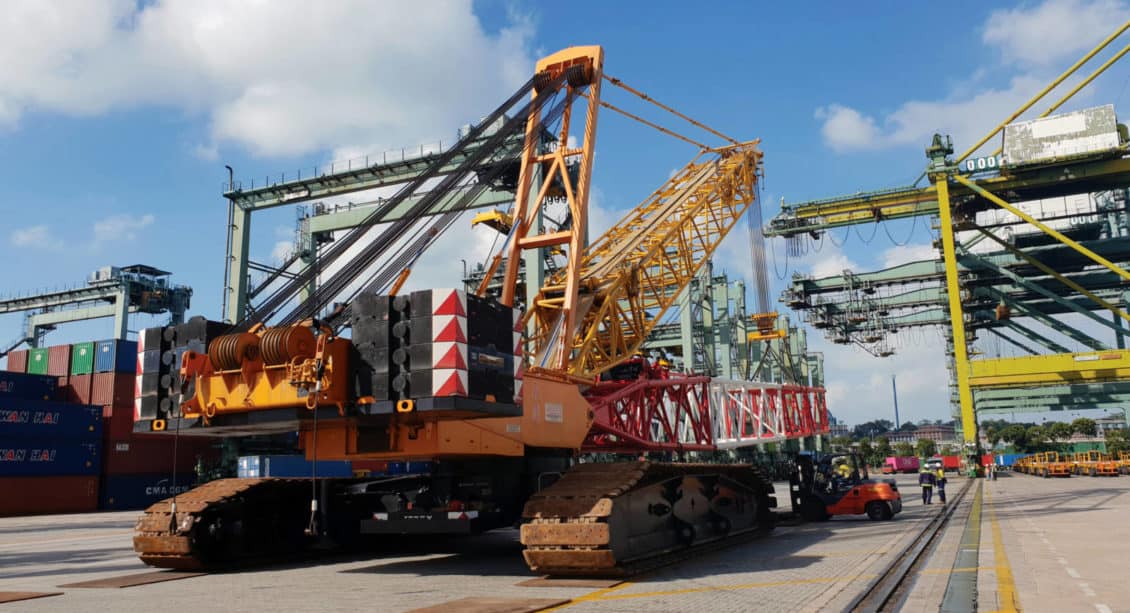 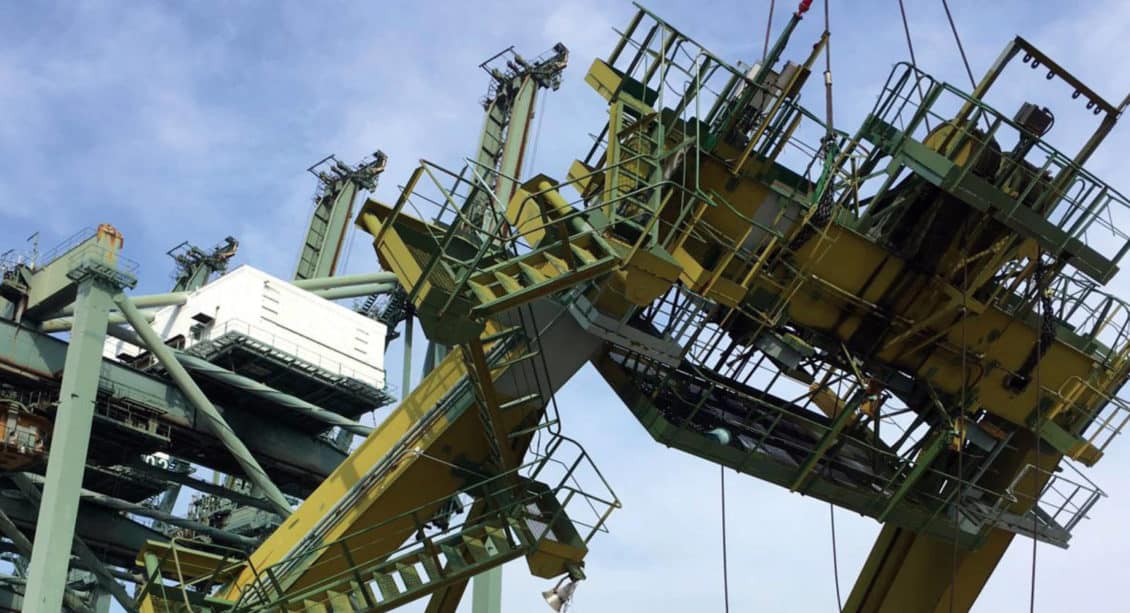 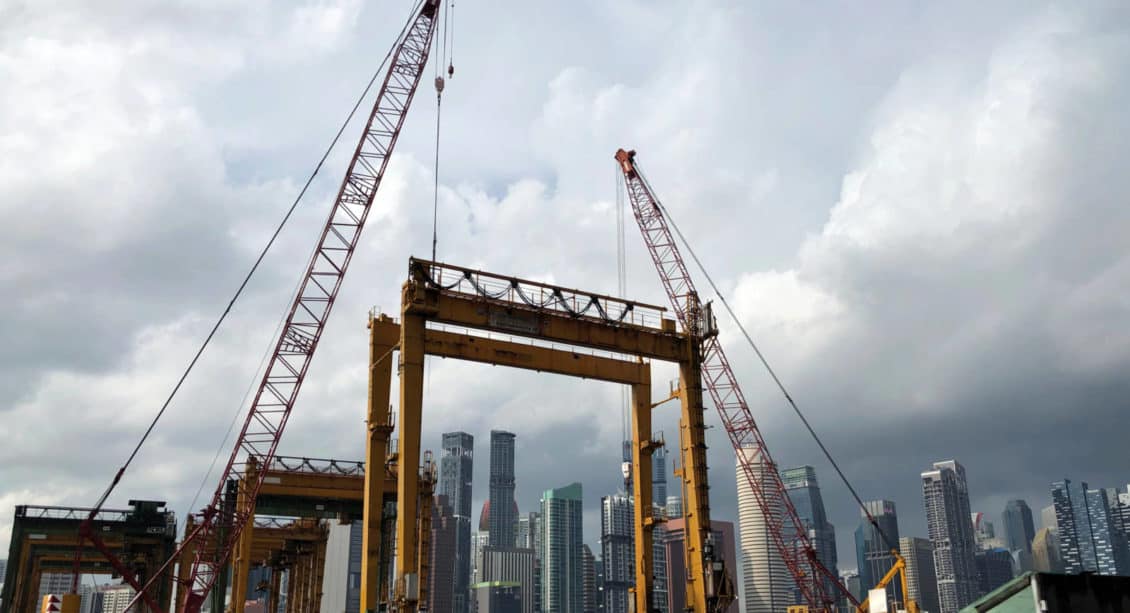 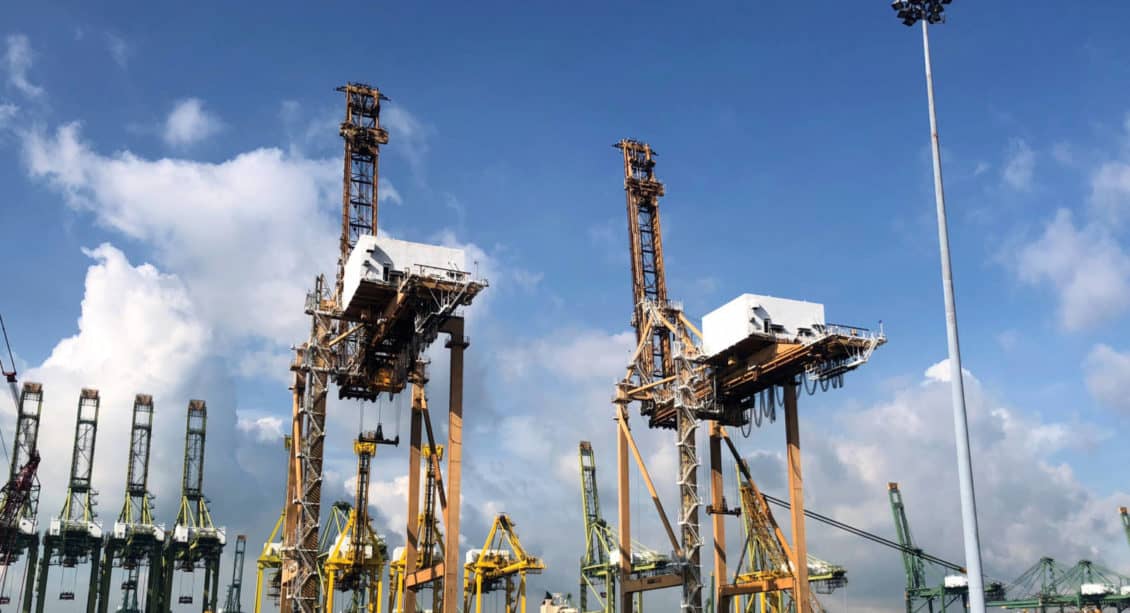 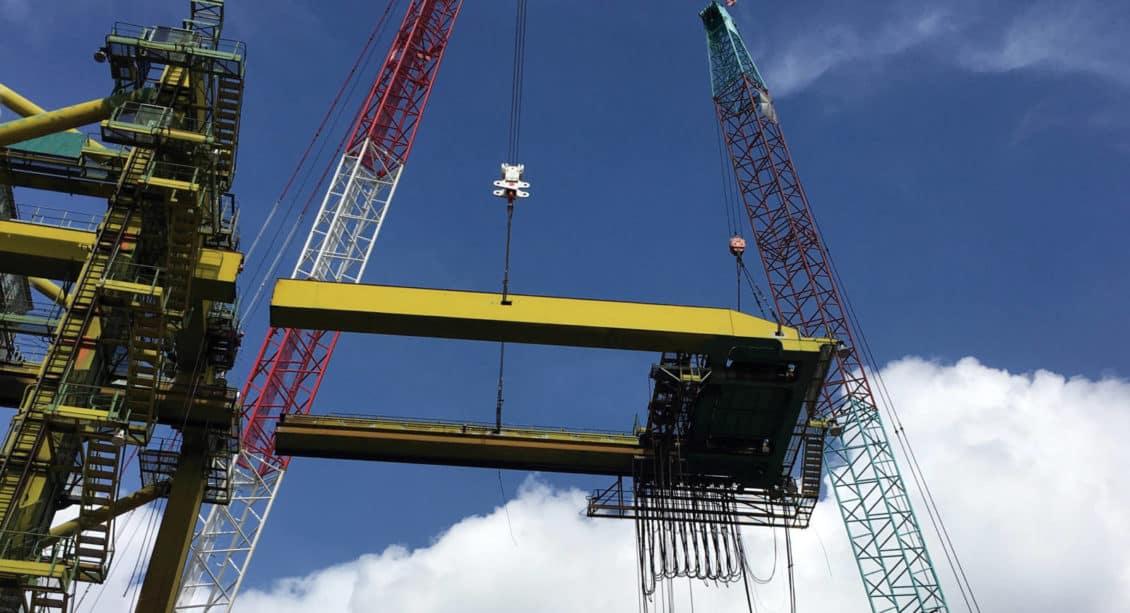 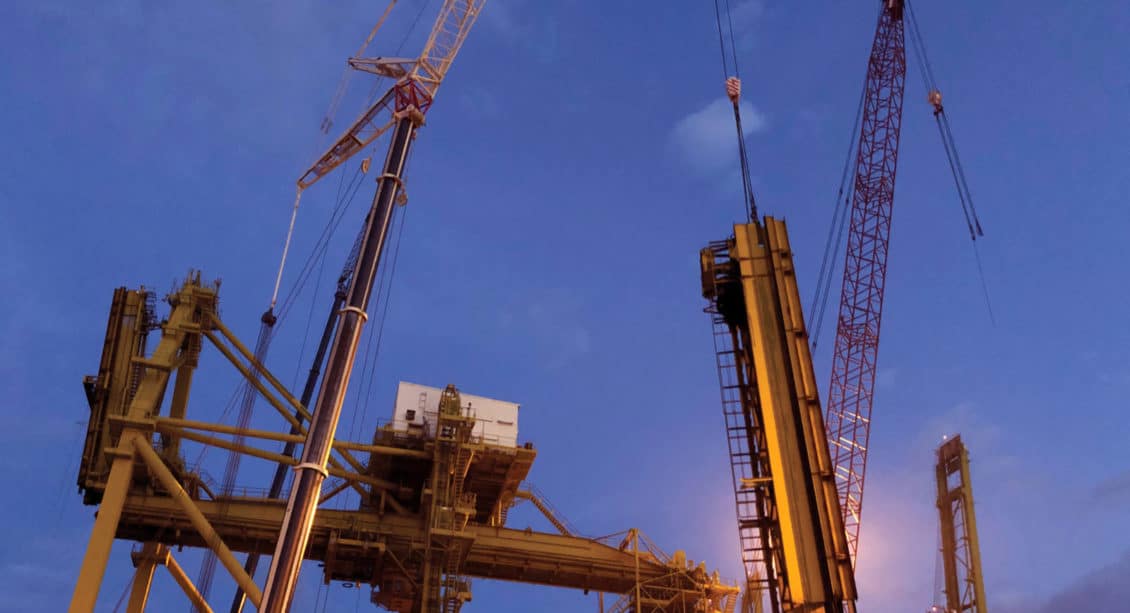 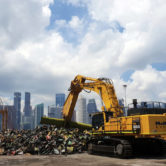 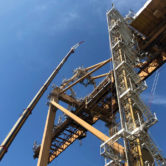 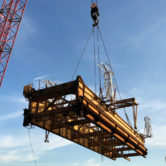 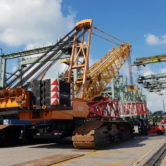 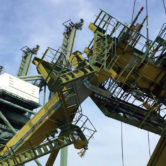 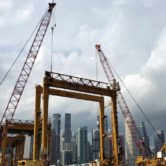 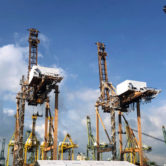 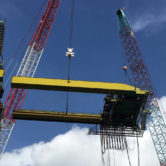 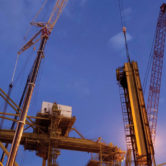 PSA Singapore is one of the world’s largest port operators and operates 67 berths at its container terminals in Tanjong Pagar, Keppel, Brani, and Pasir Panjang.

PSA Singapore is in the process of consolidating its port operations at Tuas Port. When completed in 2040, Tuas Port will be able to handle up to 65 million standard-sized containers. It will house all of Singapore’s container activities, running on emerging technologies, automation and data analytics. This will make Tuas Port the world’s single largest fully-automated terminal.

The lease for Singapore’s three city terminals – Tanjong Pagar, Keppel and Brani – expires in 2027, and the land that will be freed up will be redeveloped as part of the Greater Southern Waterfront project, a sprawling 1,000ha area with mixed land uses.

The deconstruction and scrapping of quay and gantry cranes were McMahon Services’ first project in Asia. It achieved a delivery production rate with 21,000t of scrap dismantled and processed in a tight eleven-month period. McMahon Services’ on average removed over 100t per day during lifting operations.

McMahon Services undertook the dismantling of 11 different model cranes from six different manufacturers. The largest of the cranes weighed up to 872t with a vertical height of 101m. Each crane required detailed inspection and planning to undertake the safe deconstruction and salvage. The deconstruction method required a high-risk cranage solution. Significant structural engineering reviews were undertaken to determine the capacity of the wharf structures to undergo the loads applied during lifting operations. Detailed crane lift studies were developed and approved for each crane lift operation.

The process for removal included substantial oxy-cutting and cold-cutting of wire, cables and subsequently structural members. Each section of crane was lowered to the ground level by various cranes including:

Each crane was used at separate times with three cranes supplying each active worksite. At the peak of project there were three active worksites where dismantling and processing work was occurring. Due to the tight schedule both crawler cranes and mobile cranes were used effectively in undertaking high-risk heavy lift dismantling works.

The larger cranes were used for the dismantling of the quay and gantry cranes whilst the smaller cranes were utilised predominantly to carry the man cage allowing safe access for our personnel to the highest reaches.

McMahon Services engaged design firm WGA to undertake detailed analysis designs to ensure the deconstruction sequence did not compromise centre of gravity maintenance within the four main legs of the structure. This ensured the stability of the remaining structure at all times.

McMahon Services utilised in house assets to process all ferrous and non-ferrous metals for export including the use of the following:

To supplement the team of McMahon excavators’ local providers were utilised for small plant and equipment.

McMahon Services booked two vessels with a consignment of 10,000t each for transport of scrap metal to a buyer in Vietnam. Plans were undertaken to allow the ship to berth directly at site. Both vessels were loading for 24-hour shifts to allow the vessel to reach the buyers in the minimum amount of time.

Overall the project deconstructed and recycled 19,600t of ferrous metal. 37 shipping containers of non- ferrous materials were recycled and reused including hydrocarbons such as grease and transmission fluids.

The project achieved a 99% recycling rate. McMahon Services salvage all possible items such as gearboxes and generators that were then sold on to the international market. The total work days for the project at completion was 296 days.

In order to deliver the high-risk works safely, McMahon Services become safety accredited to Singapore’s, BizSafe 3 accreditation. In addition to becoming BizSafe 3 accredited, McMahon Services followed the further stringent safety requirements as set out of by the client in the secure port facility. This culminated in the creation of a safe work environment. McMahon Services safety system brought the legislative requirements of Singapore in with the safety systems already developed throughout Australia and New Zealand.

The project featured many risks including working at heights, objects falling from heights, operation of heavy plant on suspended slabs, working in a live port, and working over water. Other risks included stored (potential) energy, line of fire risks when dismantling structures at height, and the safe transportation of large scrap loads within the port facility to the processing area.

Further risks to the project included adverse weather events. Singapore on average has 168 lightning days per year. With each square kilometre of the island being struck by lightning up to 17 times annually, Singapore is considered one of the lightning capitals of the world. During periods of lightning, all work ceased and work crews retreated to lightning protected containers until the storm passed.