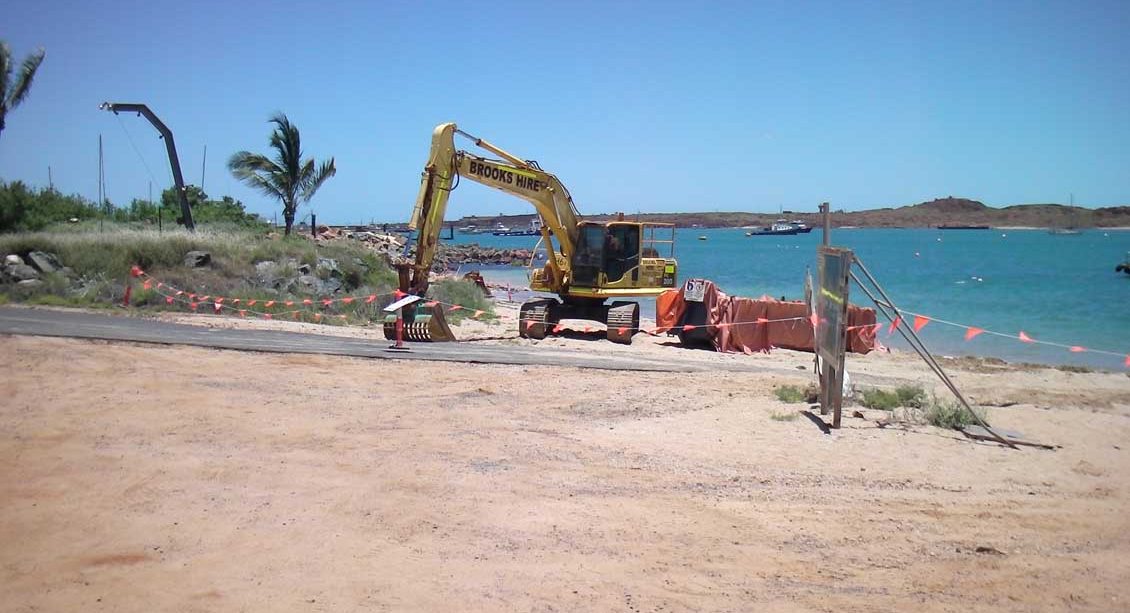 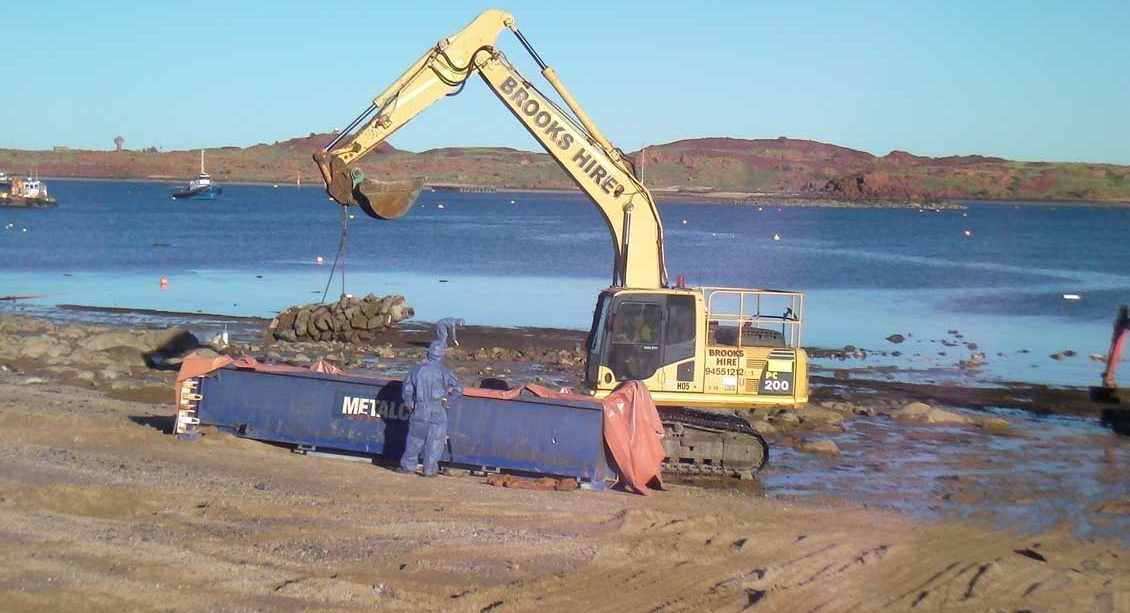 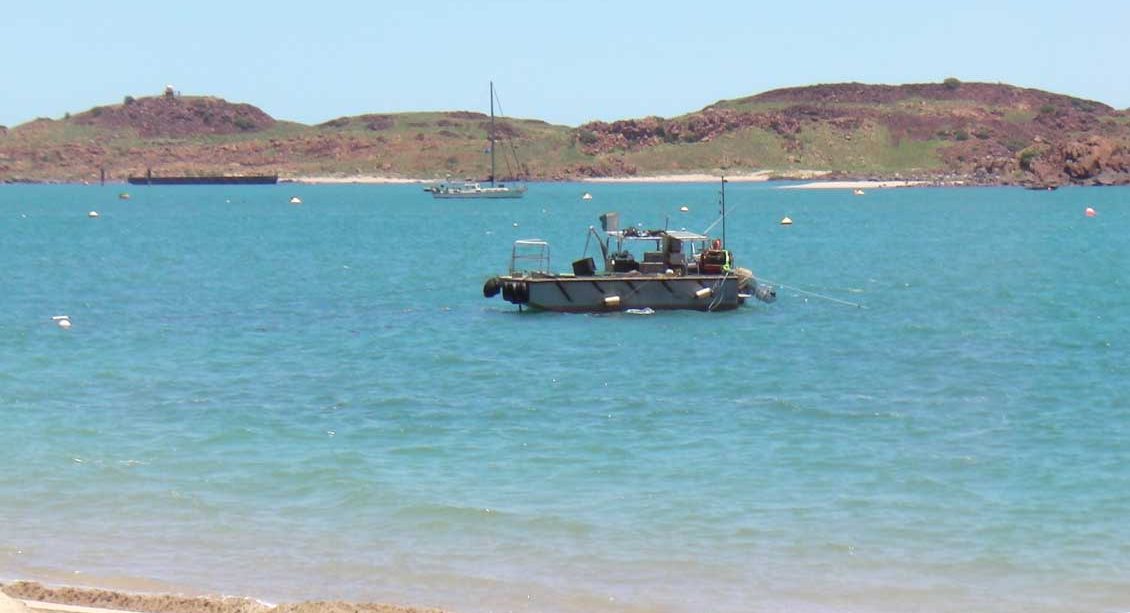 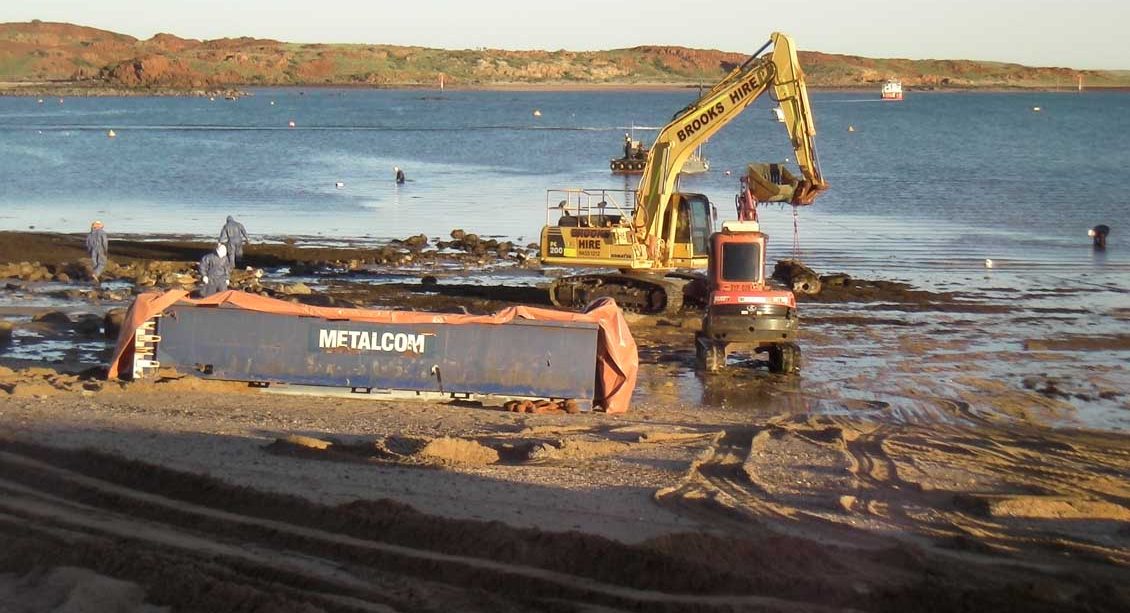 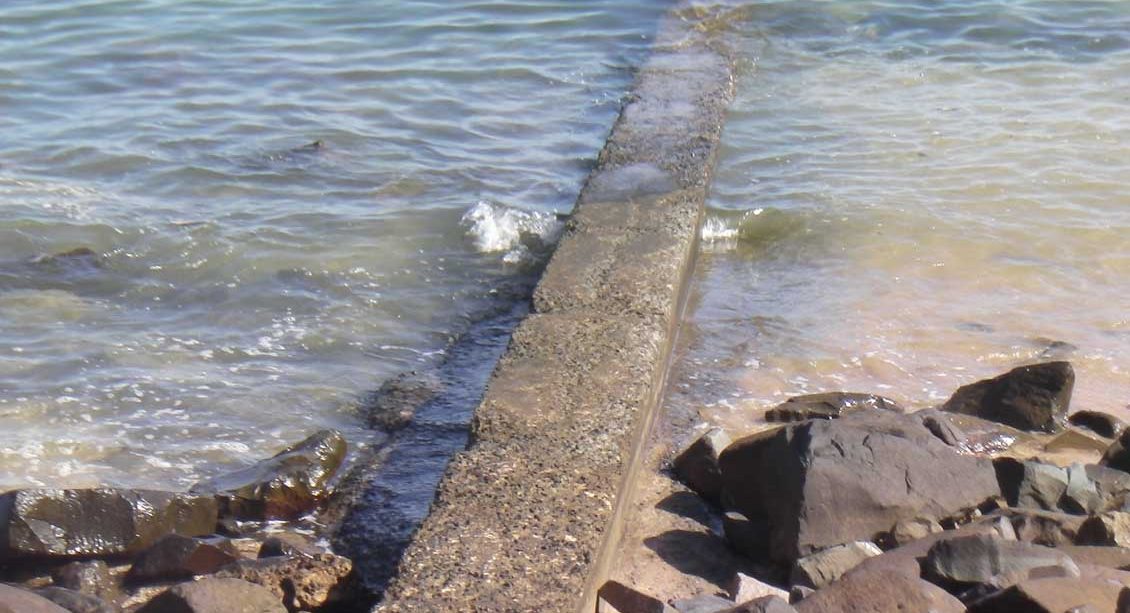 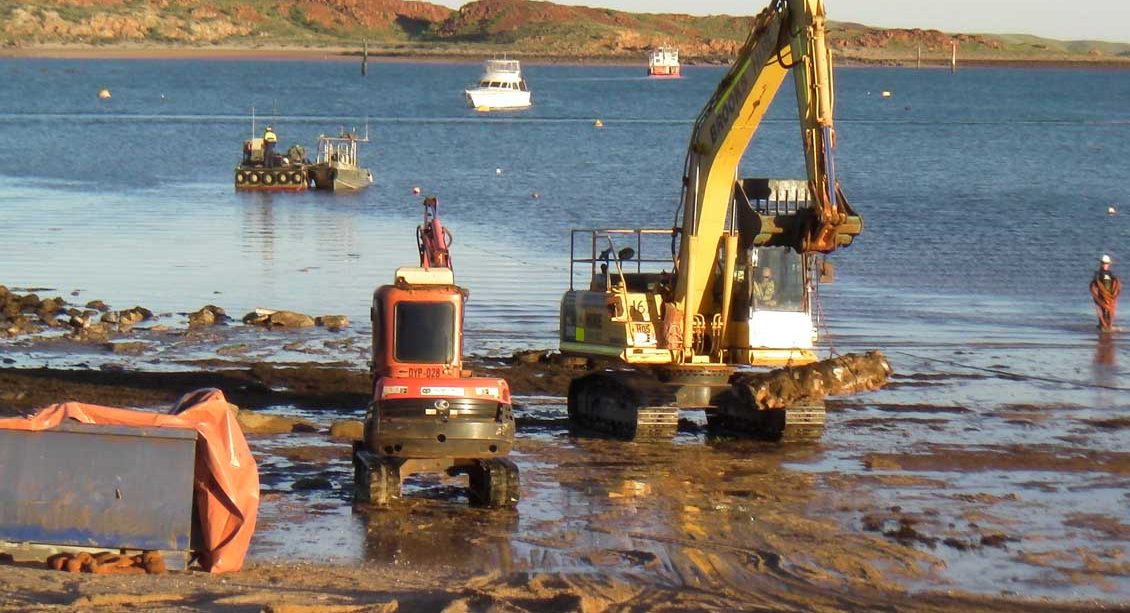 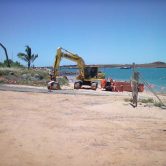 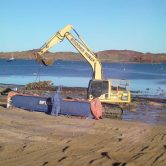 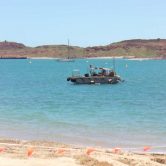 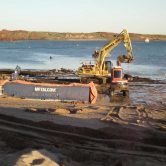 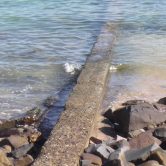 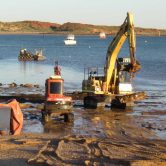 McMahon Services was contracted to remove and dispose of approximately 200 lineal metres of redundant asbestos sewer pipe from an old Waste Water Treatment Plant that extended from the shoreline into Dampier Harbour – a major industrial port in the north-west of Western Australia.

This challenging project called for McMahon Services to work in collaboration with Austral Constructions on behalf of the client Rio Tinto. The redundant 200mm asbestos sewer pipe was removed utilising a combination of underwater divers, work barges and excavators to separate and remove the redundant concrete encased asbestos pipe.

Specialist underwater divers inspected the condition of the concrete encased asbestos pipe before proceeding with the removal works. Due to the stable condition of the concrete encased pipe, secure rigging of approximately 2m length sections was undertaken. The slip joints made it easy for the pipe sections to be separated by the divers prioir to being lifted out. Underwater divers collected any debris created during the removal process.

The works were completed over a number of days during low tide to ensure the excavator could be tracked offshore as far as possible to lift the concrete sections from the water. A working barge with plastic lined bins was used to collect the concrete pipe sections from beyond the 100m distance from shore. From the shoreline out to the 100m point, the excavator was able to track removed setions back to the shoreline and place into a lined bin on shore.

In total, 50 tonnes of waste was removed and carefully loaded into plastic lined bins. McMahon Services was then responsible for the transportation of the waste to 7 Mile Landfill for disposal.