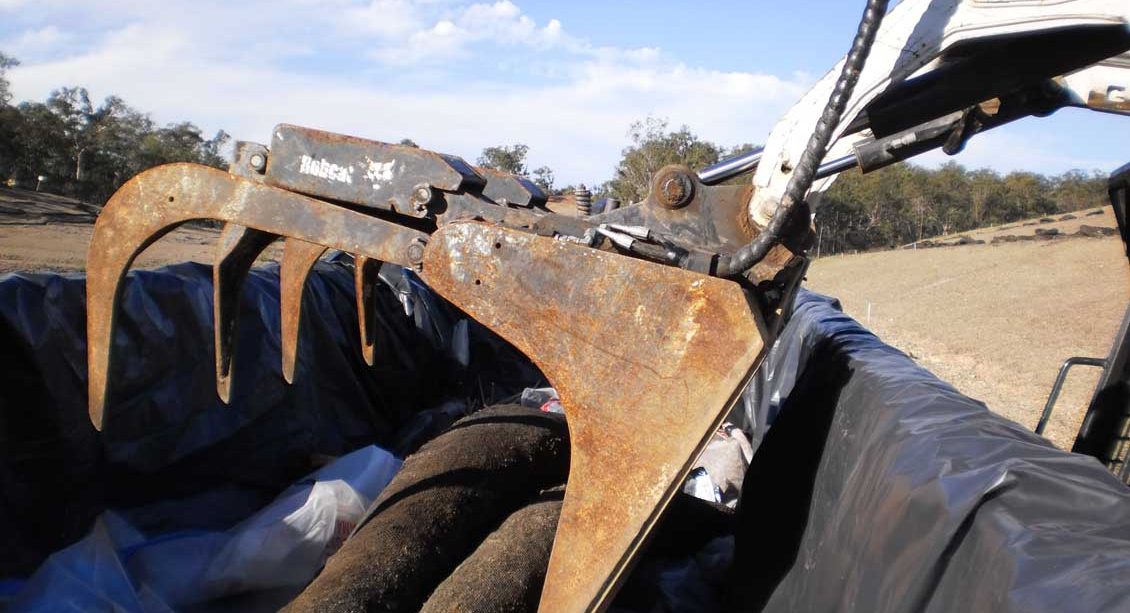 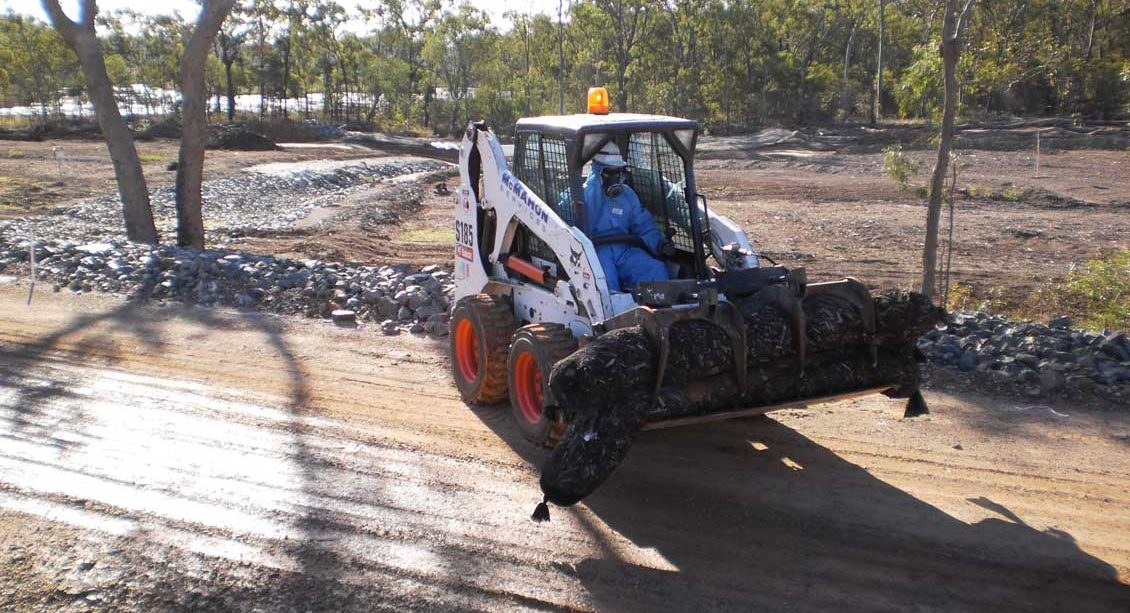 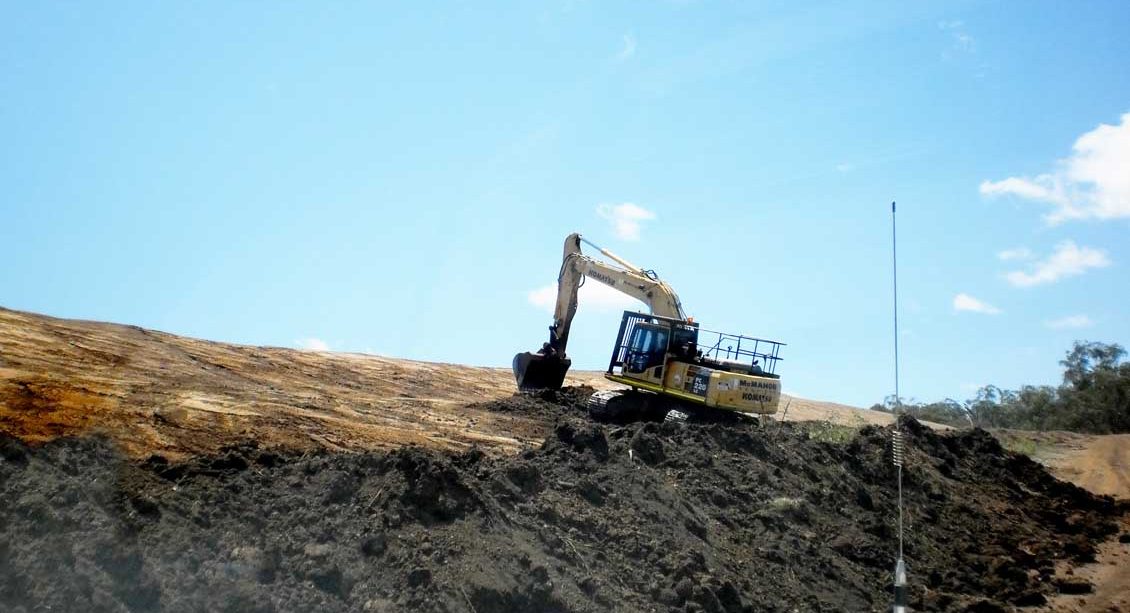 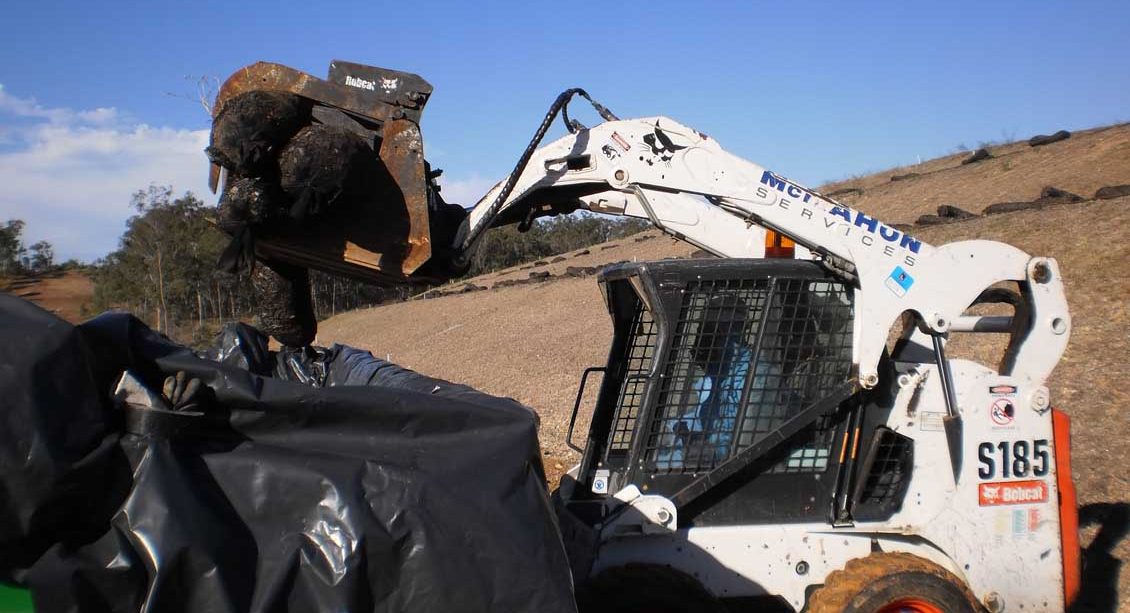 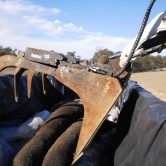 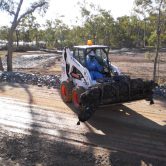 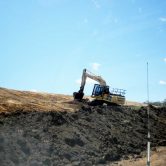 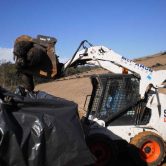 Remediation of soil stockpiles by manual picking and machine scraping.

McMahon Services were engaged to undertake this challenging project in a highly restricted facility on Curtis Island, Queensland.

An initial site visit by McMahon Services to inspect asbestos contaminated erosion control stockings led to the development of a handling and disposal methodology approved by Workplace Health and Safety Queensland. Further environmental testing led to more areas of widespread mulch being deemed contaminated with both bonded and friable status.

A team of up to 20 asbestos removal technicians completed the asbestos remediation works during the peak summer period, working 72 hours per week on a 4/1 roster.

This project involved the remediation of three asbestos contaminated soil stockpiles by a combination of manual picking and machine scraping on over 150,000 square metres of the island.

Creation of dust in the excavation process was a major concern onsite. Asbestos removal technicians wore full asbestos suits, gloves and half mask respirators at all times. All machinery had negative pressure filtered air systems fitted to the cabins and a full time water cart was operated on site to shadow the excavation process and suppress any dust generated.

Transport of asbestos contaminated soil was primarily undertaken in double lined bins, wrapped and tracked to pre-approved council landfill facilities. McMahon Services worked closely with State and Local Government regarding the landfill options to dispose of the contaminated soil. It was decided to relocate the soil to the mainland on a managed post-closure landfill site, which provided a cost saving to the client.

The inclement weather conditions were a major challenge for the McMahon Services team throughout the project. Unpredictable rainfall events were a high risk as previously cleared areas became weathered and created potential for water run-off into other asbestos contaminated stockpiles.
Silt fencing was put in place to capture run-off and slow the progress of water down slope. Where the opportunity arose, cleared areas were re-hydro mulched and grass matting installed.

With an open communication approach, McMahon Services worked in collaboration with the client to successfully deliver this sensitive project. McMahon Services provided the client with innovative solutions and confidence to ensure a smooth project delivery.