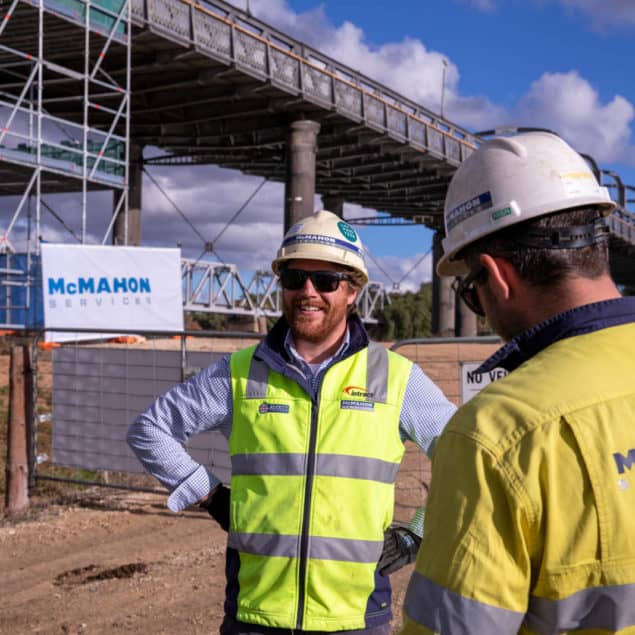 Old Murray Bridge first opened in 1879 and is now a State Heritage structure. Due to its age, the bridge requires a high level of ongoing maintenance to ensure its serviceability for current traffic requirements.

In order to extend and maintain the longevity of the 140-year-old bridge for another 30 years, McMahon Services was engaged to jack and relevel the bridge, install new grout beds, and undertake maintenance to the bridge bearings.

Eight piers (two columns, per pier) required their bearing packers to be replaced, due to pier settlement and deterioration of old timber packers. This corrected the level of the bridge deck overhead, reducing loads on the bridge structure and improved safety, longevity and user-experience of the bridge overall.

Access to the bridge deck was pivotal to the approach, and was achieved by erecting a scaffold tower at each of the eight piers for the entirety of the project duration, allowing safe access to the underside of the bridge. The towers comprised of two levels; one level to install the jacking brackets, and one above to access the bearing packers.

Each jack lifted the overlying bridge deck and created a space between the underside of the deck and the top of the column. The project team filled this space with quick-dry cementitious grout, forming a new grout bed to correct the level of the bridge. The team worked collaboratively with the Department for Infrastructure and Transport to modify the jacking procedure allowing both columns of a pier to be jacked concurrently. This achieved a twofold outcome; minimising bridge closure times and increasing overall project productivity.

The Old Murray Bridge was closed on only eight single days for jacking works between late June and early August 2021, minimising traffic disruption. Pre-established detours allowed traffic to take alternate routes, while all other works occurred while the bridge remained open to traffic. 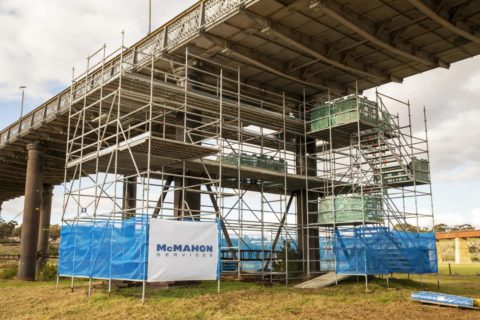 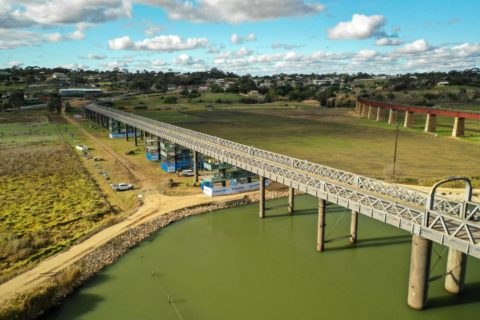 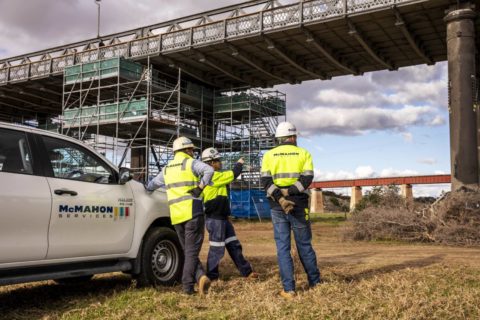 Stakeholder and community engagement is pivotal to the success of many of the projects we undertake, and this project was no exception.

We liaised regularly with the client, and collaborated on weekly meetings with them. We developed a Community and Stakeholder Strategy with the client which assisted in the communications surrounding the project and upcoming works.

Throughout this project we also took on lessons learned and community feedback during each pier-raising shutdown, improving our communication and methods for subsequent shutdown periods.