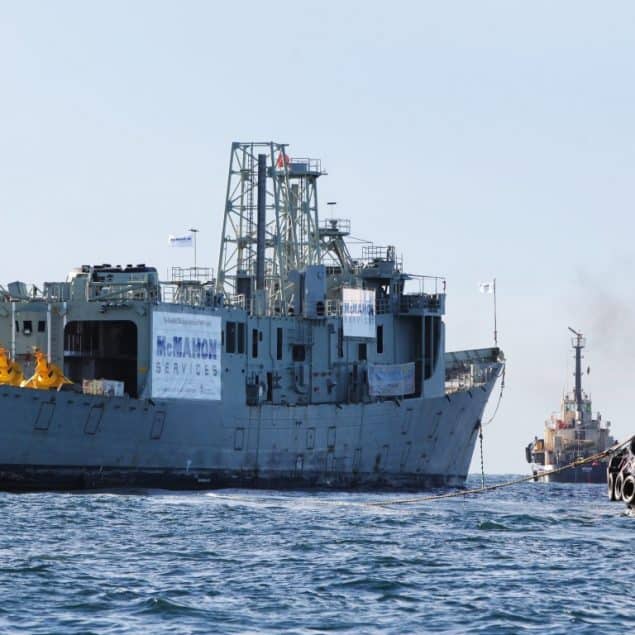 The final journey of the ex-HMAS Adelaide

From Sydney Harbour to Avoca Beach to the ocean floor

Protesters had vowed to make a last-ditch attempt to prevent ex-HMAS Adelaide being scuttled off Avoca Beach on the Central Coast. But it was a large and frisky pod of dolphins that put a kink in the plans to sink the ship and create a diving attraction.

It was all systems go for the sinking until the unexpected intervention of the dolphins.

On a glorious autumn day, thousands of people had flocked to watch the spectacle from the beach and from the water, with spectator craft dotted around a 1km exclusion zone. Despite everything being in place for the scuttling, it had to be delayed while efforts were made to shoo the dolphins away, an exercise that turned out to be a little like trying to herd cats. It was only a short reprieve though, with the ship going down shortly before midday in less than a minute after being imploded.