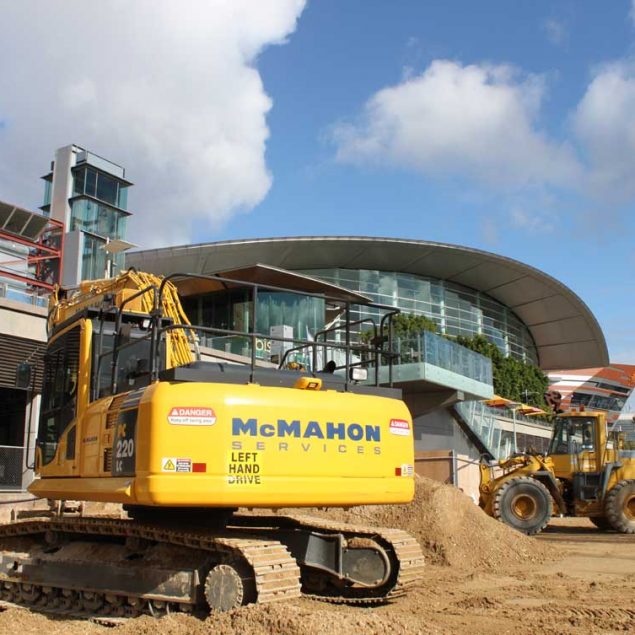 The McMahon Services team have showcased our strong decommissioning capability by winning category A at the Crane Industry Council of Australia (CICA) lift of the year awards for work completed on the $350 million Adelaide Convention Centre redevelopment.

The huge project, which is set to transform The Adelaide Convention Centre, is being delivered in two stages. Stage one, where the new building was expanded westwards over the railway lines to link with the Morphett Street Bridge, is complete and opened to the public in March 2015.

Stage two involved the demolition of the existing Plenary Building – Australia’s first Convention Centre, built in 1987, and construction of a new state-of-the-art Convention Centre scheduled for completion in 2017.

Lend Lease, the principal managing contractor for the project, engaged McMahon Services’ demolition experts and opted for a staged approach when it came to the demolition works.

Demolition of the former Plenary Building formed the first part of stage two and was undertaken over a six month period to make way for the new Plenary facility. However before our team could raze the old building, we had to complete the technically demanding demolition of the Rose Garden, then demolishing the offices, landscaping, paving, vegetation, trees and removing the fill material.

The team removed a floor slab, approximately 374 square metres in size, and supporting walls directly under paving to the Rose Garden. Careful removal of main suspended floor slab grids, supporting beams and columns including propping was successfully undertaken by our experienced demolition team.

The demolition proved challenging as it required the removal of concrete slabs from a two-storey structure supported by band beams. The Rose Garden could not be safely and adequately accessed using cranes positioned at ground level. To manage the potential risks and to develop engineering solutions for the demolition works, McMahon Services engaged a third party engineering consultant.

We installed a purpose-built bridge to spread the load across the three Kilopascal (kPa) first floor of the Plaza structure. A purpose-built jacking frame was then positioned on this bridge, on the first floor, directly under the Rose Garden concrete slab, which was to be demolished and removed.

An in-house 100 tonne crane was set up at ground level adjacent to the Rose Garden. The five kPa concrete slab under the Rose Garden was then cut into sections, while being supported by the jacking frame. Once the cutting was complete, each concrete section was raised above the level of five kPa slab by the concrete jacking frame on the first floor level. It was then positioned onto a specially designed trolley and towed back by a bobcat to a point where it could be fitted to and lifted by the 100 tonne crane, then removed from the site for disposal.

For the next step of this redevelopment, our team had to construct the crane pad, hardstand and lay-down area needed to support the demolition and new construction work, while deconstructing the Plenary Building at the same time.

The existing three-storey Plenary Building, was built using a structural steel frame clad with 350 precast panels, sitting on a suspended slab. This ruled out traditional mechanical demolition methods and our team used a number of cranes to complete most of the deconstruction work.

Due to the intricacy of this project, McMahon Services was engaged to provide expert advice on suitable demolition methods during the conception and feasibility stage, early involvement by McMahon Services as a contractor resulted in a genuinely collaborative approach by all parties.

This meant that the scope, stakeholder expectations, program and budgets were identified at the outset and appropriate work methods were clearly defined. McMahon Services engaged Aztec Analysis as temporary works engineer to conduct over 50 critical lift studies to verify the impact of our proposed work methods on the Plaza structure and surrounding buildings.

This independent verification process was critical, due the suspended slab construction of the Plenary Building and close proximity to neighbouring buildings.

Enforcing and maintaining Active Demolition Zones for all workers and keeping the plant and equipment separated by exclusion zones, in order to minimise overloading of the floor slabs, was crucial for the management of the safety of our site personnel.

Community relations between our client and key stakeholders were pivotal to the project’s success and called for a highly collaborative approach by the McMahon Services team. 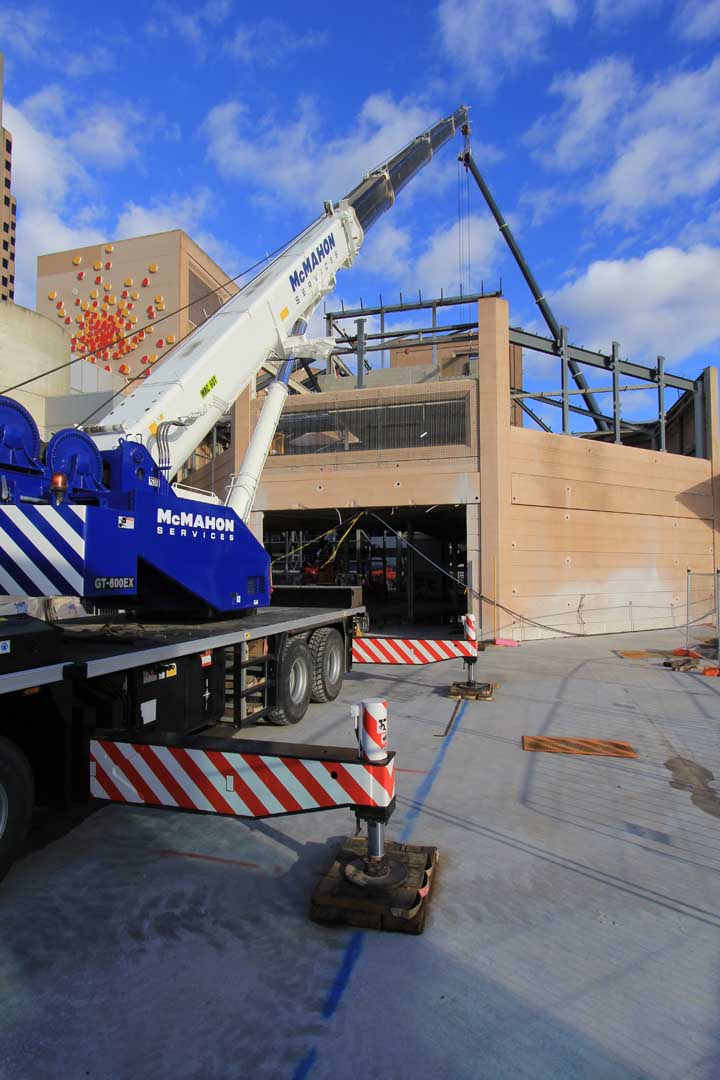 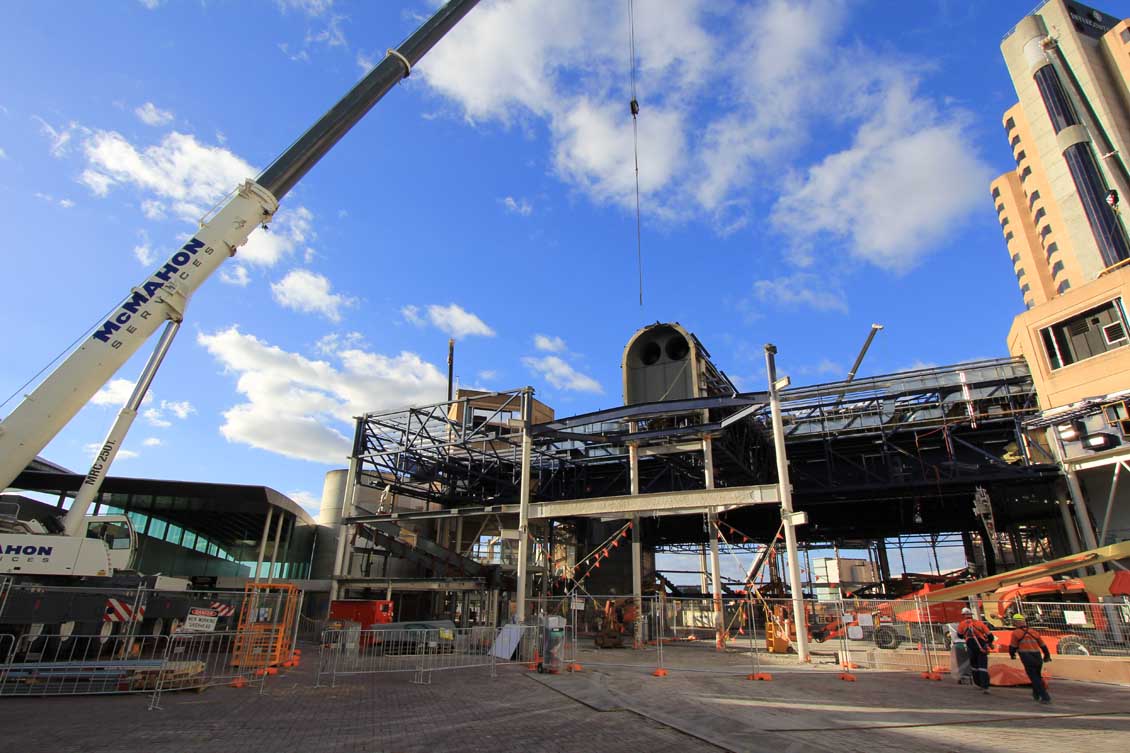