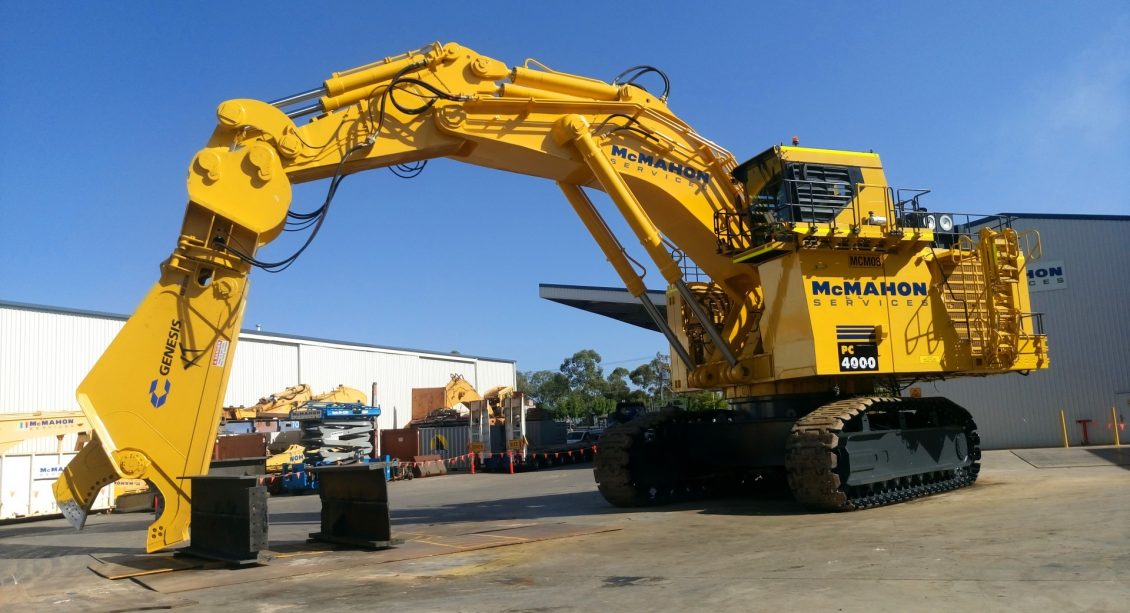 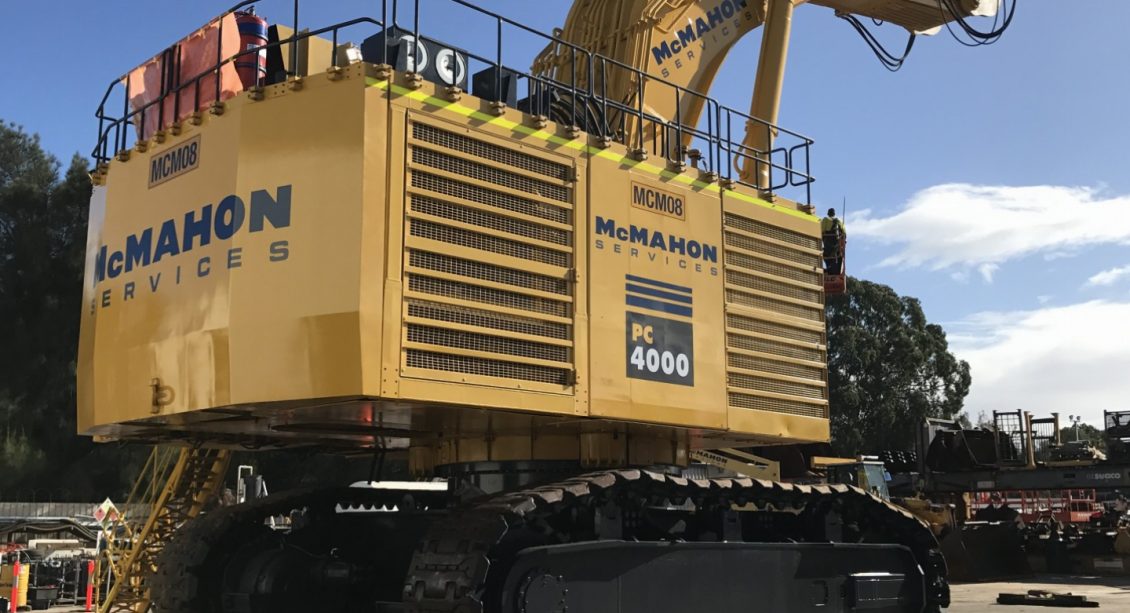 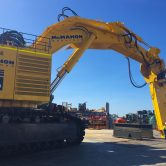 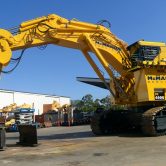 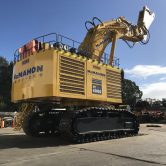 Combining a 400 tonne Komatsu Excavator with the world’s largest heavy duty cutting shear, the machine has a massive physical presence. The steel shear was custom fabricated in the United States, capable of piercing through 80mm high grade steel with a cutting force pressure of 5500PSI.

Modifications were made to the standard Genesis 2555R heavy duty shear which included increased length, and increased strength in critical areas. The most significant modification was the improvement to the hydraulics system which allows the Excavator machine to deliver full power to the shear and achieve the manufacturer maximum rated pressure and flow.

The Komatsu PC4000 Excavator is known for its robust structure, superior quality and efficient mechanisms. The Excavator is commonly used in large mine sites around the world in open-cut mining operations, and has proved its reliability and outstanding performance.

Do you require a specialised demolition excavator, for your next project? Contact the team at McMahon Services to assist you with your project delivery and equipment hire options.