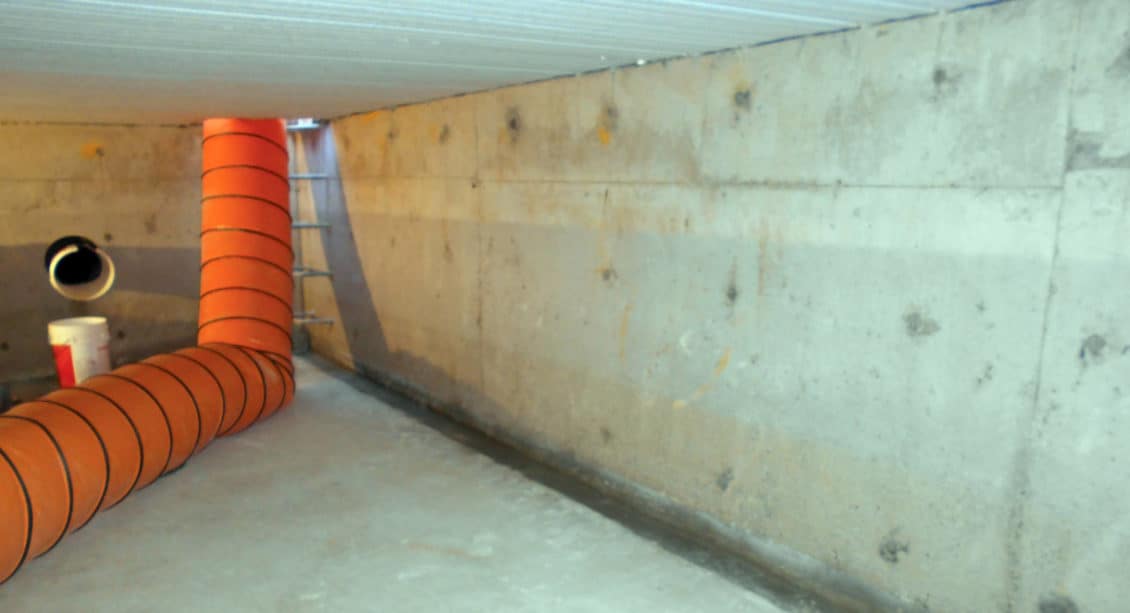 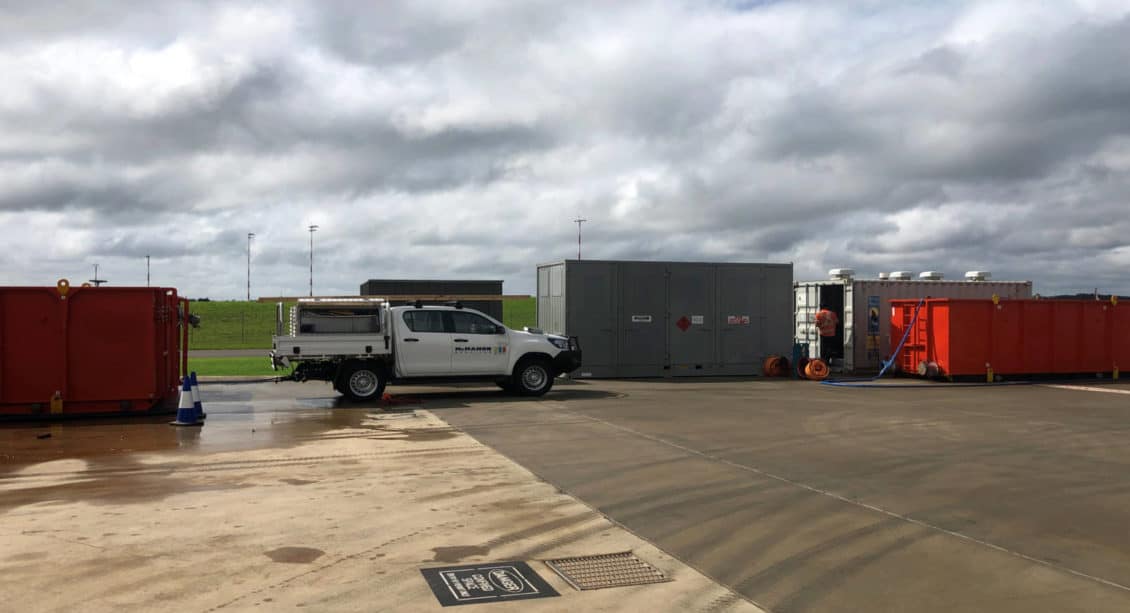 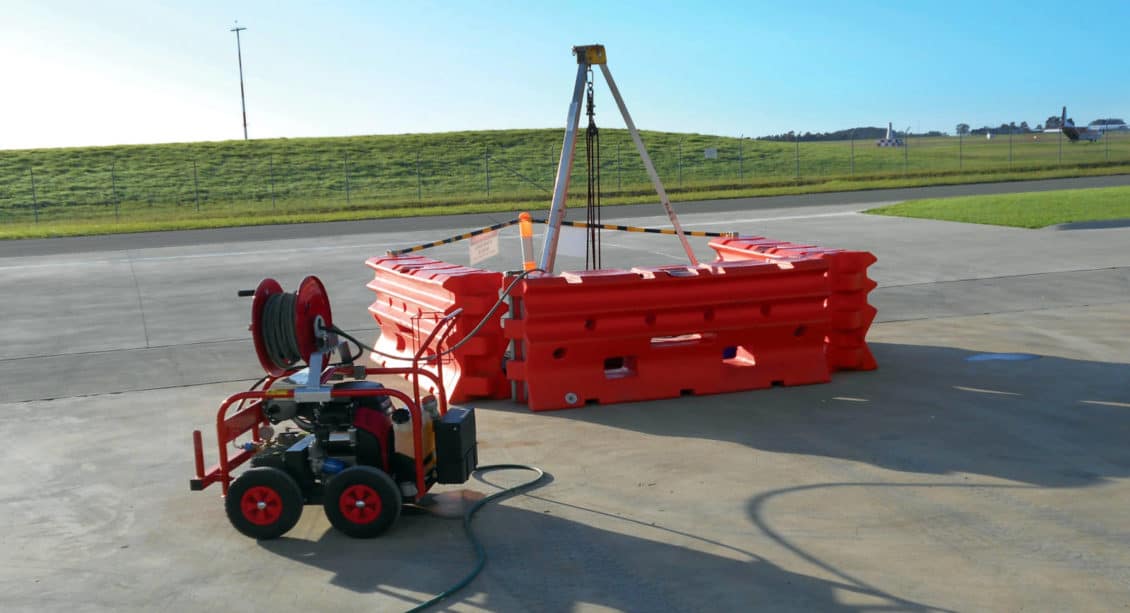 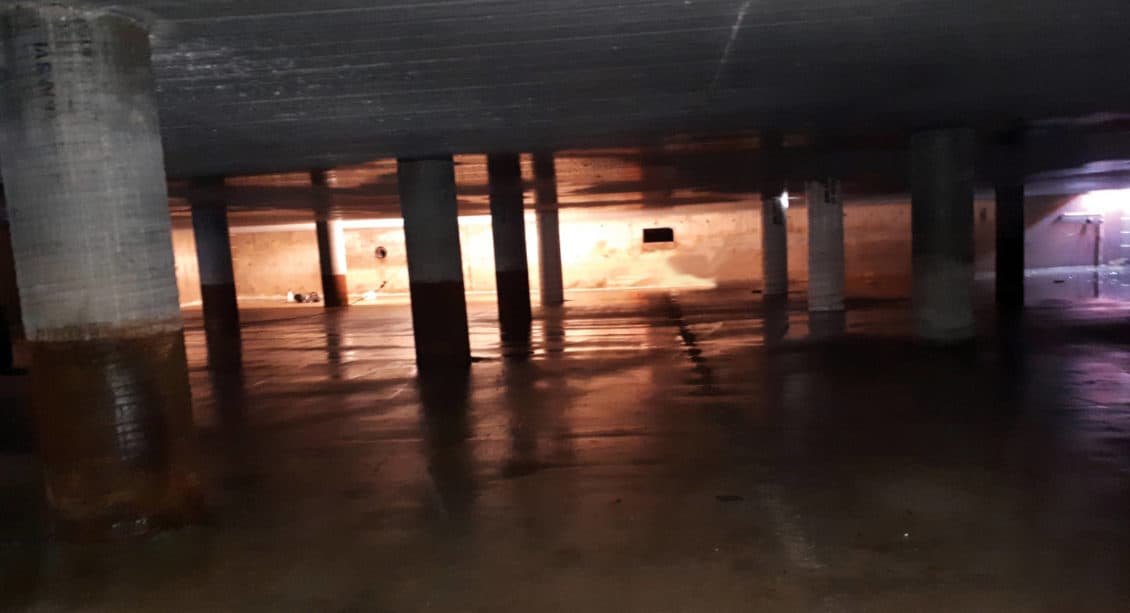 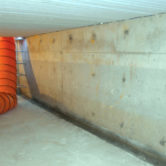 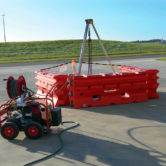 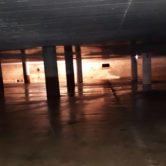 Headquartered in Nowra NSW, Sikorsky Australia is a wholly-owned subsidiary of Lockheed Martin Corporation and the Asia-Pacific regional hub of the Sikorsky Aircraft Corporation. Sikorsky Australia’s main maintenance, repairs, and operations facility in Nowra supports Australia’s Defence capability for the Royal Australian Navy’s MH-60R Seahawk and the Australian Army’s Black Hawk platforms. They also provide support to the Holsworthy Army base through a separate contract.

McMahon Services was engaged by Sikorsky Australia to undertake various site clean-up works at their Helicopter Maintenance, Repairs and Operations Facility in Yerriyong, approximately 10km south of their Nowra headquarters.

Per- and Polyfluoroalkyl Substances (PFAS) are a class of manufactured chemicals that were most commonly used in firefighting foams, referred to as Aqueous Film Forming Foam (AFFF), by civilian and military authorities due to its effectiveness in extinguishing liquid fuel fires.

Upon commencement of the works, the project team identified that the 780,000L capacity underground holding tank contained approximately five times the quantity of hydrocarbon waste than originally planned for.

We worked with JBS&G to use a containerised filtration unit for the remediation works that the local regulatory authority approved and monitored. Five 15,000L sediment tanks held the water in storage until testing proved the PFAS was sufficiently filtered from the water before disposal through a sewer network. At peak production, the team processed 15,000L of contaminated liquids per day.

The use of Xypex product achieved concrete remediation on the defective wall to floor joint between the slab and walls of the underground fire suppression holding tank. The Xypex product generates a non-soluble crystalline formation deep within the pores and capillary tracts of the concrete.

Works were completed two weeks ahead of schedule over 2200 work hours.