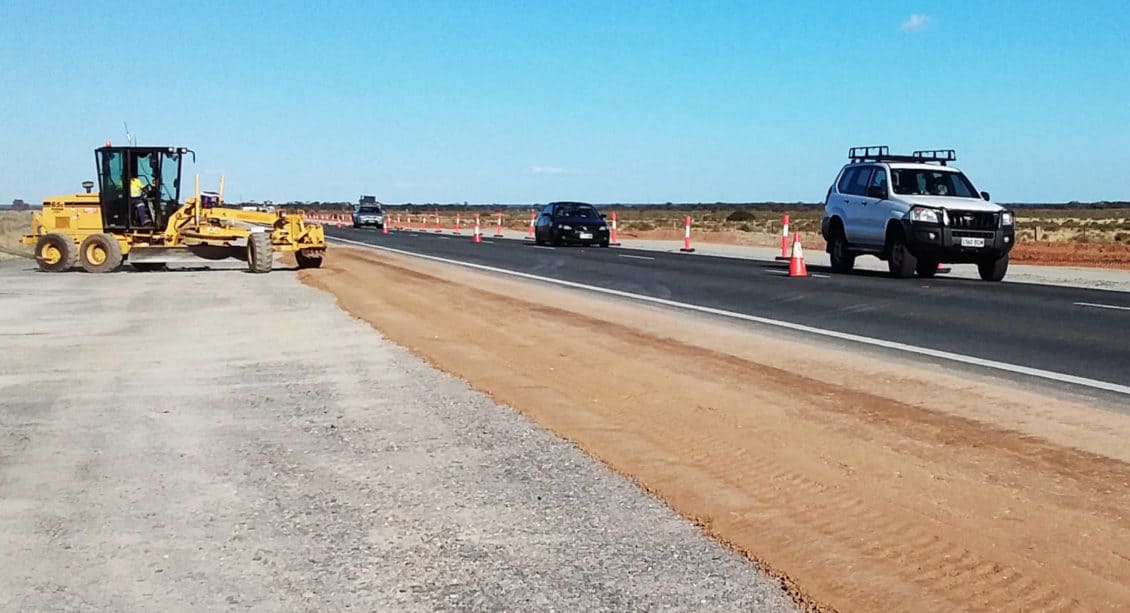 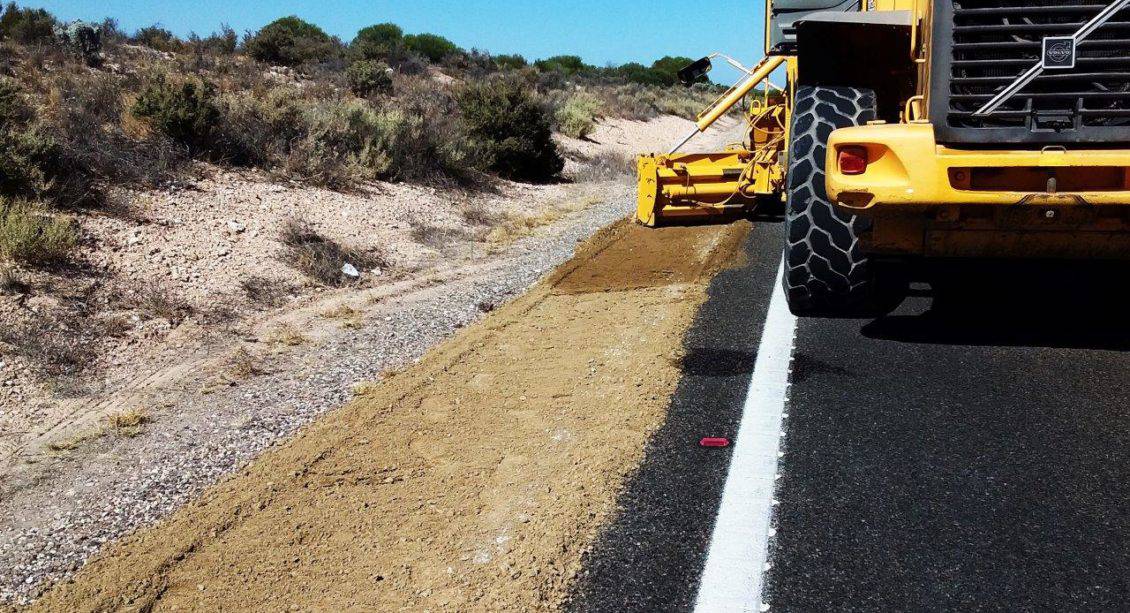 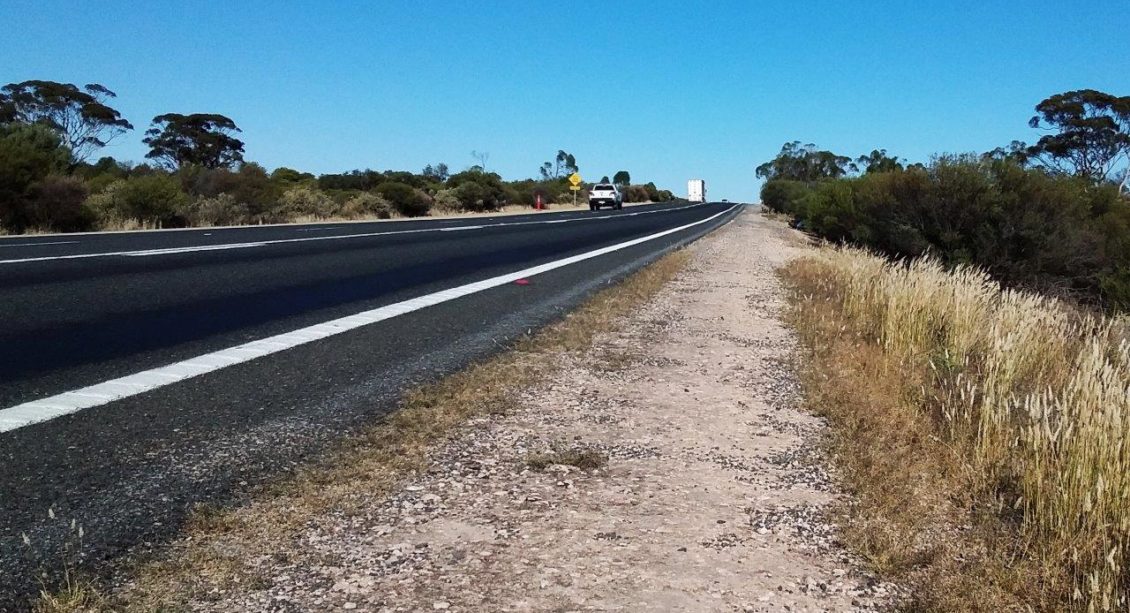 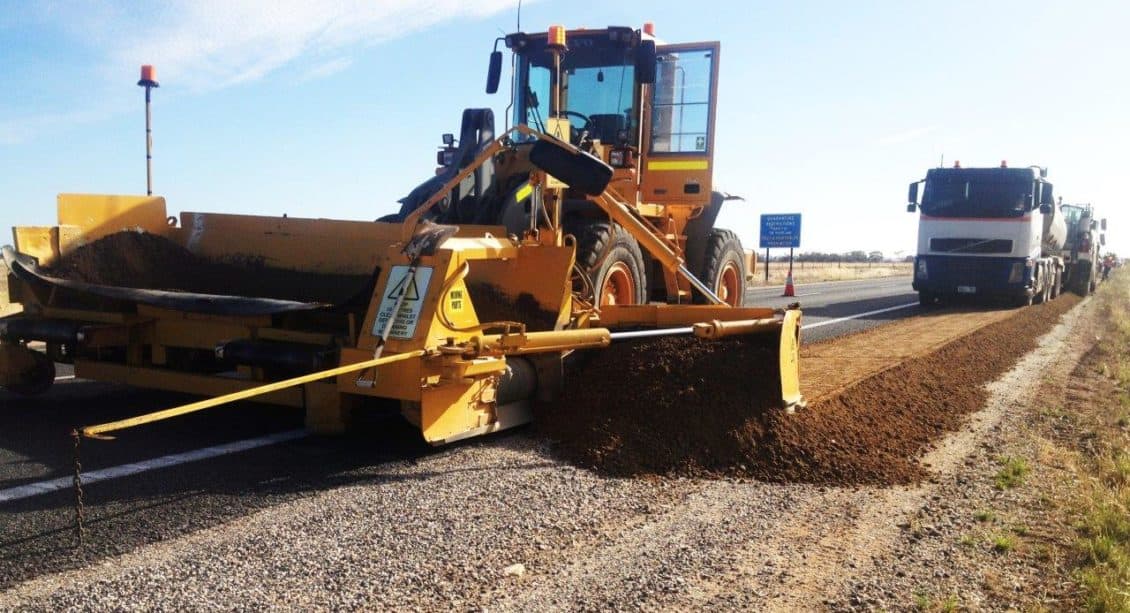 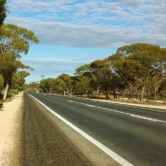 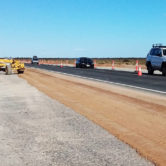 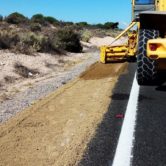 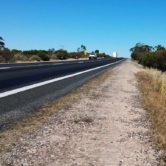 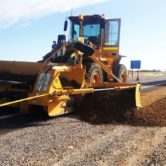 Project for the widening the existing sealed shoulder by 1.0m in both directions on the Sturt Highway for between Accommodation Hill and Cobdogla. The works consists of shoulder construction, bituminous surfacing and the removal and replacement of guideposts, signs and other roadside furniture. Over 15,000t of PM2/20 pavement material and 200,000m2 of aggregate spray seal pavements were installed across all 125km of highway shoulder. Extensive traffic management strategies were utilised in what is normally a 110km/h road.

PM2/20 pavement rubble was stockpiled at various locations along to the highway for spreading over the existing shoulder, also known as ‘topping up’. A shoulder paver fitted with grade level control ensured that shoulder cross fall was between 2.5% and 3.5% grade to the horizonal and was completed within 1.5m of the edge of the seal. A contraflow traffic management setup with traffic speed reduced to 40km/h was implemented during all ‘topping up’ works.

The mixed product was then shaped with a grader, compacted with rollers and later trimmed with a grader to achieve the required profile cross fall, width and compaction. The shaping, compaction and trim of the shoulder was completed concurrently and behind the ‘mixing’ process at the same reduced traffic speeds all within the same traffic setup.