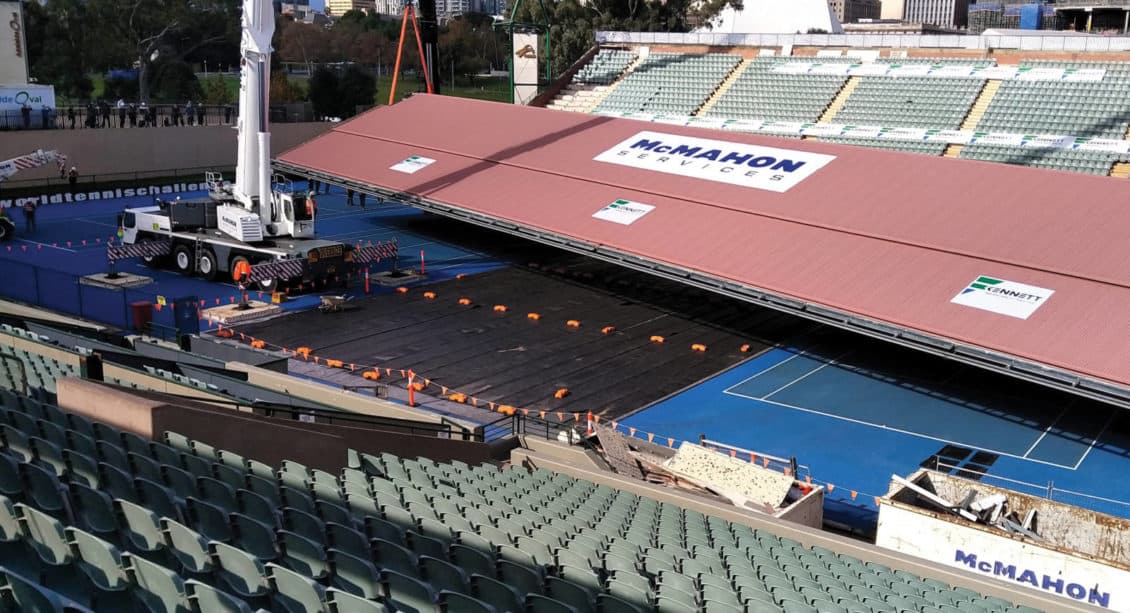 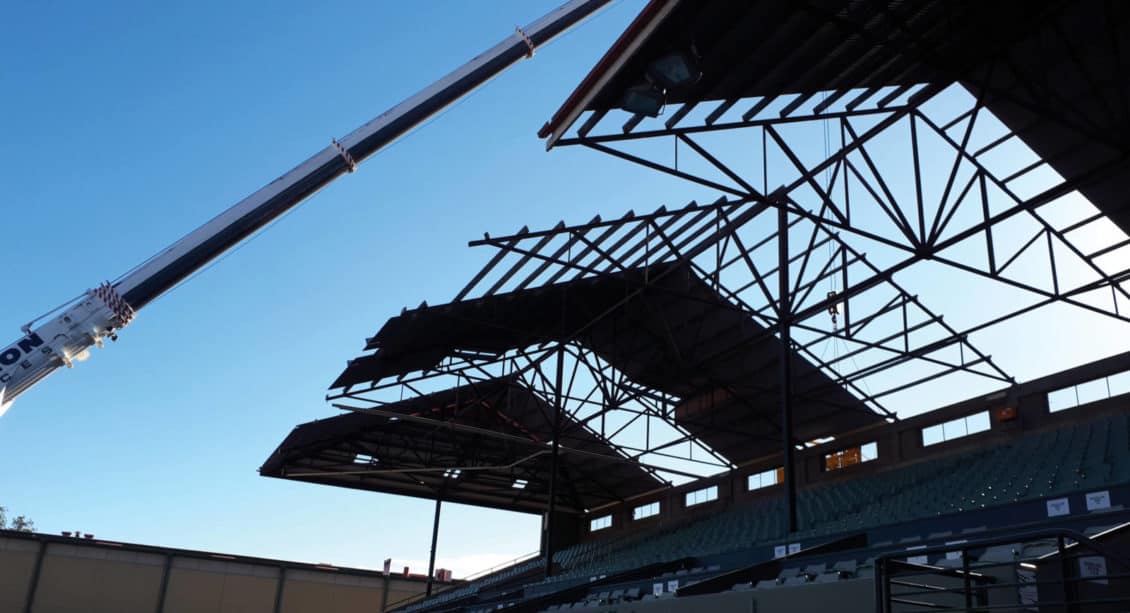 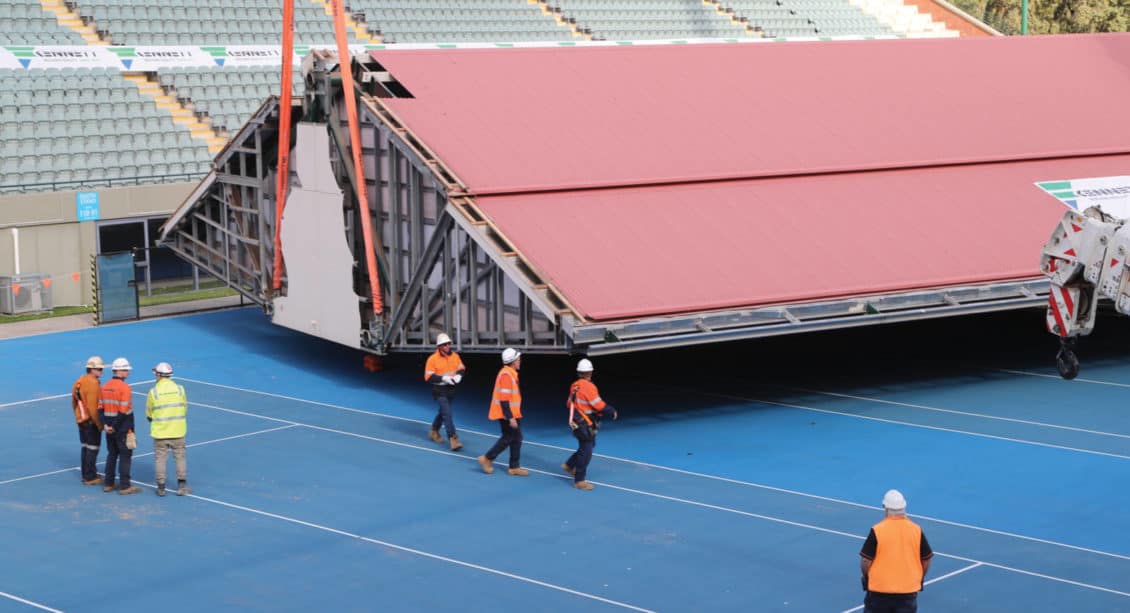 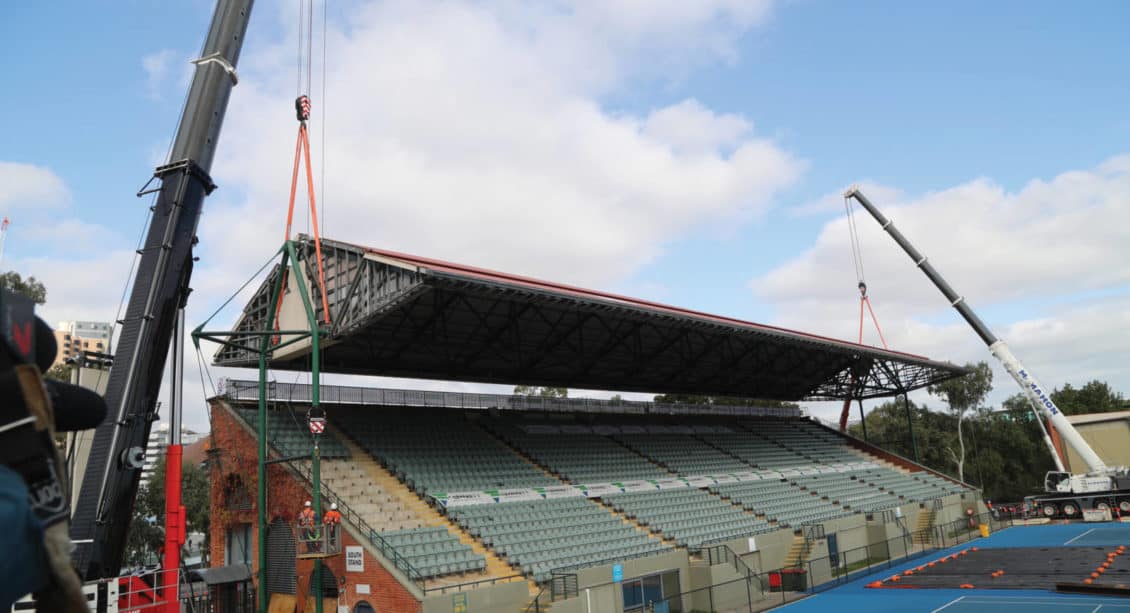 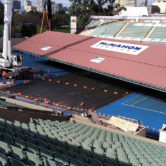 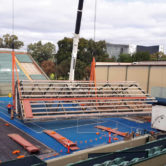 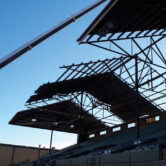 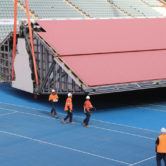 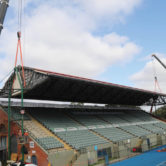 In 2019, the South Australian Government commenced construction works for a major upgrade to the Memorial Drive Centre Court site, engaging Kennett Builders as the Managing Contractor for the project. Tennis Australia were also a major contributor to the project. The objective of the works was to rejuvenate the historic home of tennis in South Australia.

Works included the renewal and upgrade of the courts, delivering a new outdoor show court and two new match courts to better position Adelaide as a host for tennis tournaments. The courts also required a new steel framed fabric structure to span the existing court platform area and create a roof structure for the existing North and South Stands. To achieve this last objective, the existing roofs on the North and South Stands were required to be demolished.

Through a competitive tendering process, Kennett Builders awarded McMahon Services the demolition works for the project.

“It has been an absolute pleasure working with everybody from McMahon Services on this job. It is a breath of fresh working with people that are professional and know what they are doing.” – Kym Collins, Site Manager, Kennett Builders

Works included the mechanical demolition of the two steel roof structures over the North and South Stands at the Memorial Drive Tennis Centre courts, and the demolition of four light poles and chain link fencing.

The 64t South Stand roof was 1190m² in area and was removed in a single lift utilising two 250t cranes providing man box support. The cranes performed within predefined slew limiters to ensure the hazards of knocking other structures inside the constrained work site were mitigated. The roof was lifted onto the centre court which was protected with a layer of 200µm plastic over a 12mm conveyor rubber. A 13t rubber tracked excavator with a demolition shear attachment then cut the roof into transportable sized pieces for removal off site.

The 45t North Stand roof with a surface area of 935m² was mechanically separated by personnel in a man box into four equal sized sections and then lifted via a 200t crane onto the pad for further mechanical demolition by the excavator and transportation offsite.

All lifts completed stringent design reviews before any works commenced.  A test lift was conducted at one end of the South Stand to confirm weight of the roof structure. Traffic management strategies were developed and implement to protect pedestrian movement near the court and to allow the safe ingress and egress of plant, equipment and salvaged materials transported to and from site. Works were conducted in the heart of Adelaide’s central business district requiring close liaison with Adelaide City Council and the Department of Planning, Transport and Infrastructure.

Over 80t of steel was demolished and removed from site achieving a 100% recycling rate for the project. Workforce peaked at eight personnel who achieved 2000 work hours without incurring a single Lost Time Injury or environmental incident recorded against the projects. Works were completed within the five-week delivery schedule.