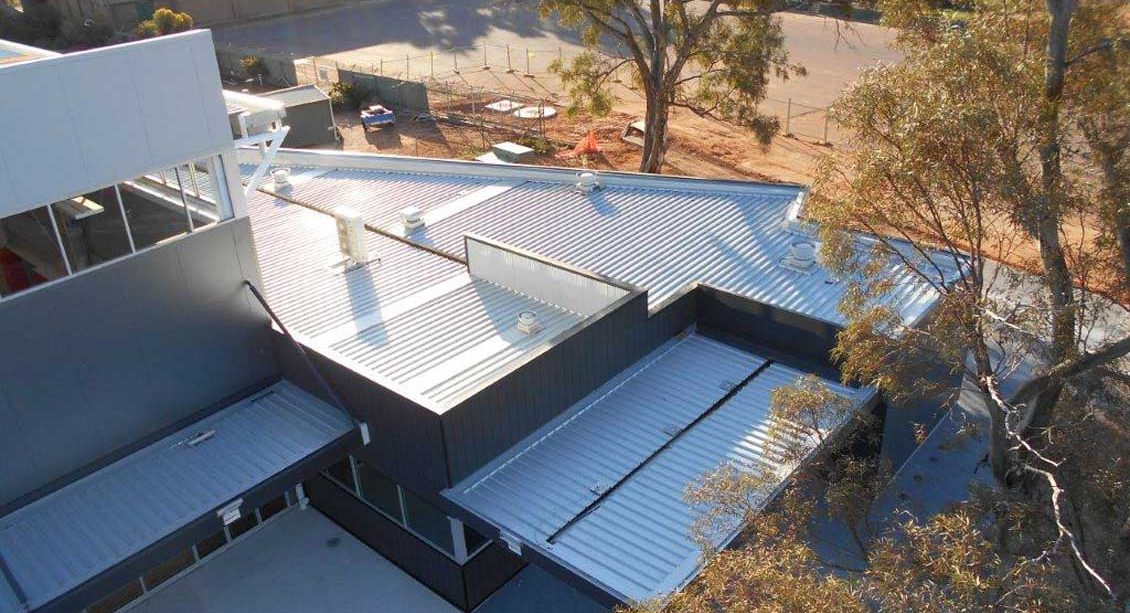 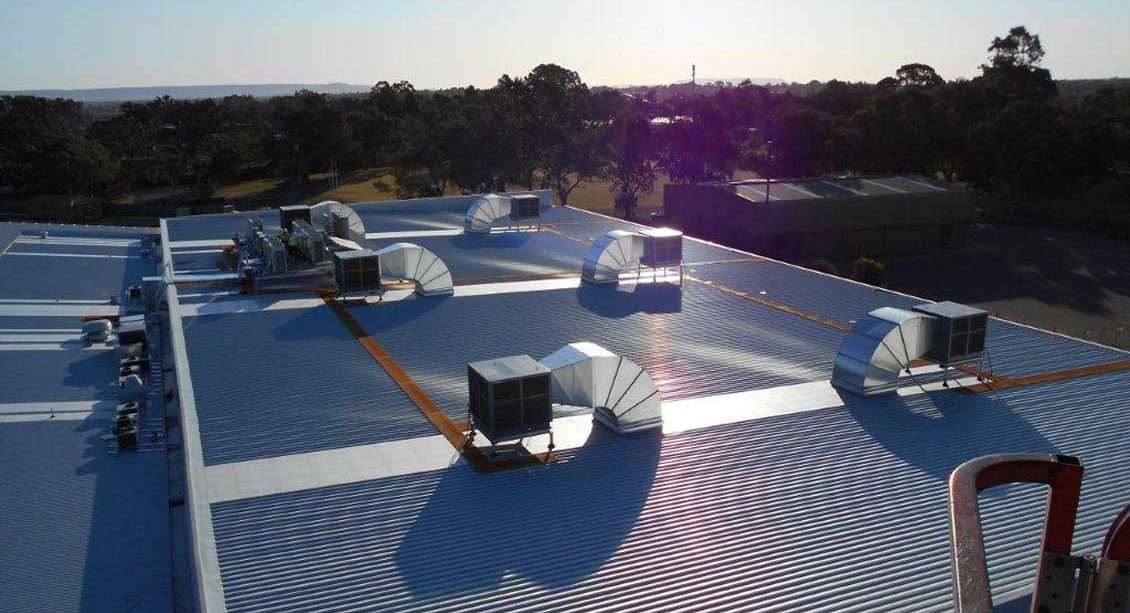 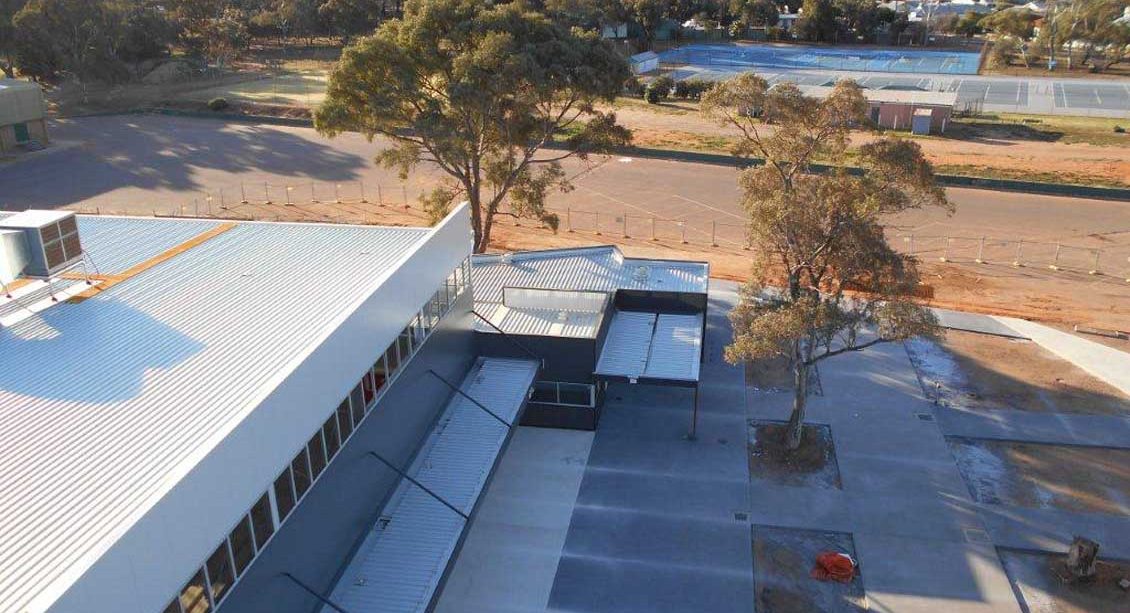 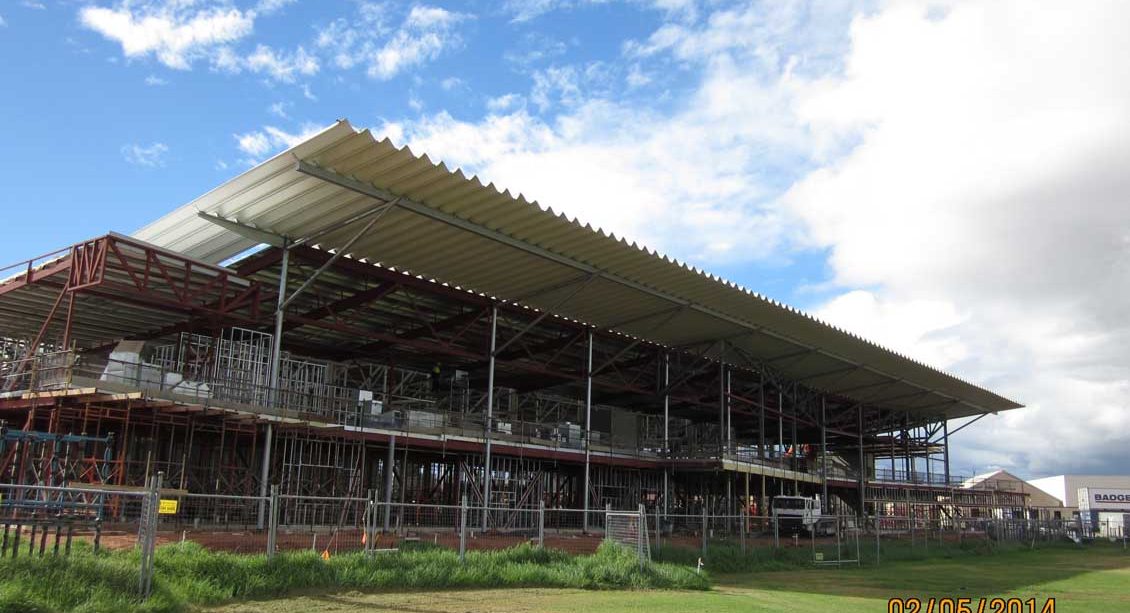 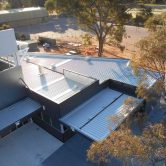 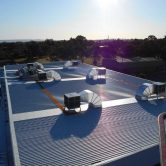 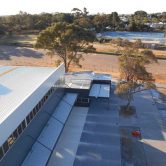 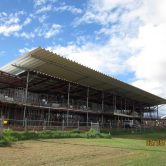 McMahonServices were engaged by BADGE Constructions to install the roofing for the redevelopment of the Central Oval in Port Augusta, South Australia.

The installation, which formed part of the 18 month-long redevelopment project for Port Augusta’s flagship sporting complex, included the following scope of works:

The Port Augusta Central Oval Redevelopment was the first project where McMahon Services had used Aramax roofing. Although this roofing was the ideal design choice for part of the roofed area, its shape meant that birds could enter the facility. Once the roof was in place, the McMahon Services crew capped off the V-shaped ends of the Aramax roofing with triangular flashing, in order to prevent birds from entering the building.

In addition to the in-house 200 tonne crane, McMahon Services also deployed a range of other in-house equipment, including elevated work platforms and boom lifts.

The crew faced a series of extreme weather events from excessive heat during the summer months to high winds and torrential rain during the winter. Despite these challenges McMahon Services delivered the project on time, on budget and without any lost time injuries.

The redeveloped central oval, with its capacity to host SANFL games will be a major sporting draw card for Port Augusta and South Australia’s mid-north. The new facility officially opened its doors to the public in March 2015.