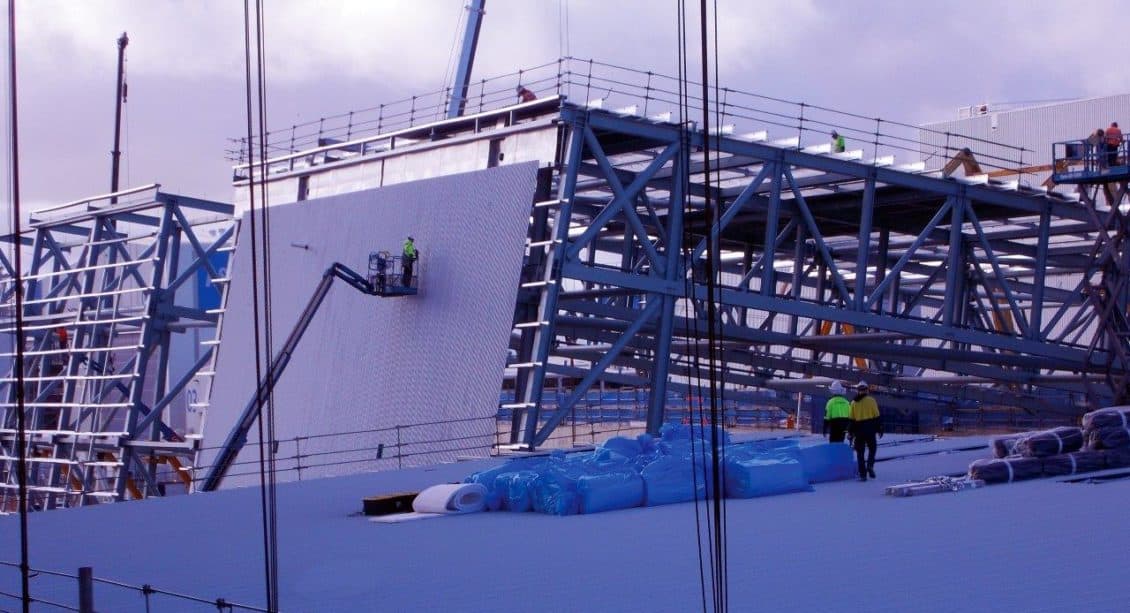 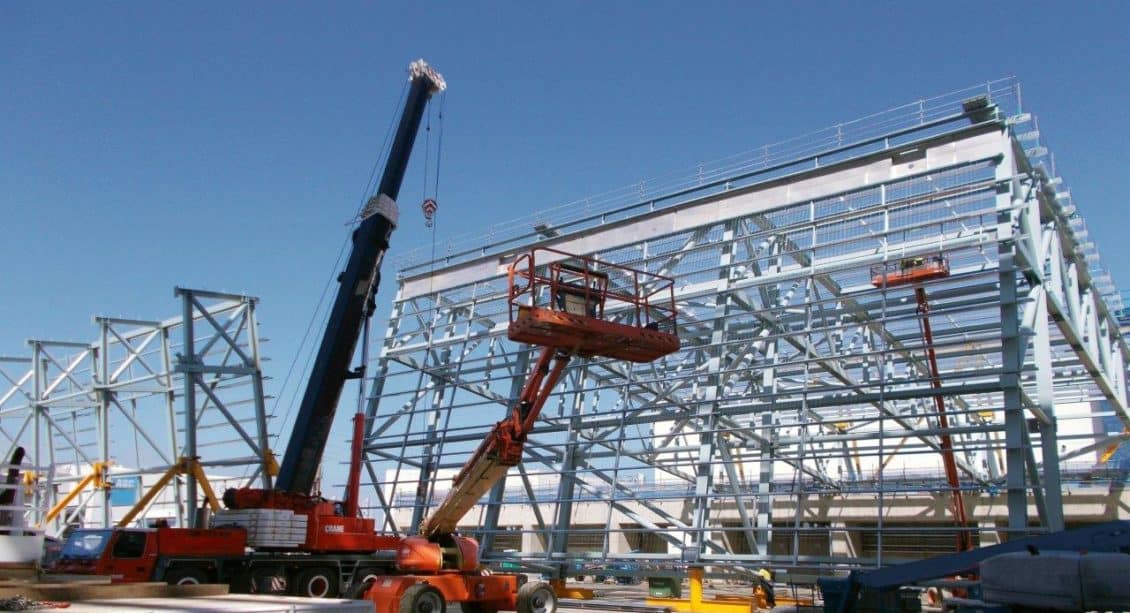 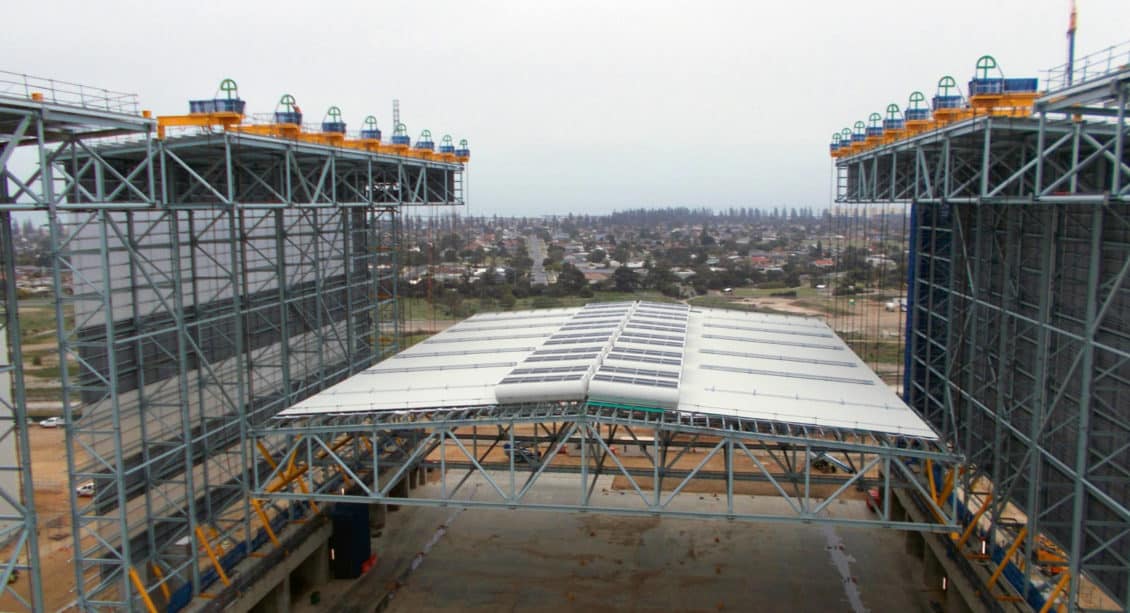 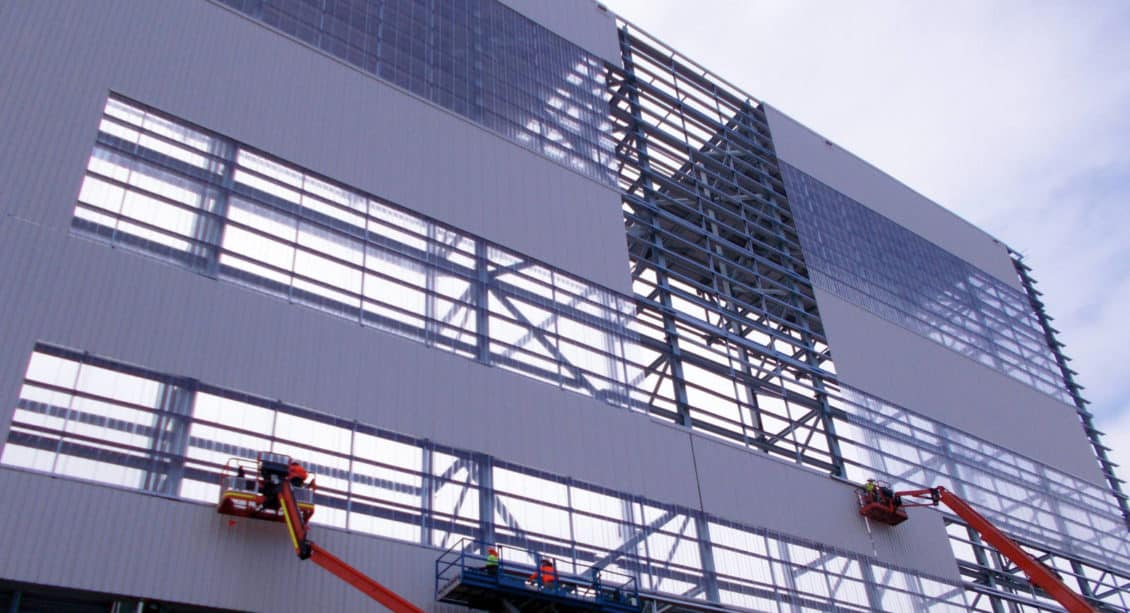 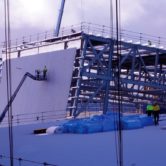 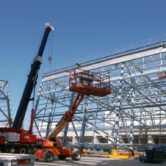 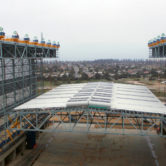 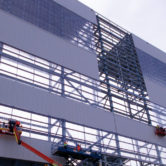 Development is scheduled to be complete in early 2020. Principal Contractor Lendlease engaged McMahon Services to undertaken roofing and cladding works on Building 22 Block Outfitting and Ship Erection Hall for the Frigate Surface Ships. Building 22 is 187m long by 87m wide and 50m tall.

The project team delivered 18,750m² of metal wall cladding and 16,830m² of metal roofing. A major challenge was working at heights of over 50m and the risk of wind associated with these elevations. Lifting was achieved using 100t cranes with 55m ultra booms and a lifting jig. Wind monitoring was performed at all times to ensure all lifts were well within the safety margin of wind loading. 60 vents each weighing 1t were manufactured and assembled off site to minimise construction time on site.

To reduce risks of working at heights, walls were constructed as modules and clad at ground level. Once complete they were rotated and lifted into position. A lifting hoist was specially manufactured to aid with cladding, significantly increasing production rates and reducing manual handling requirements.

Due to the variety and complexity of roofing and cladding requirements, a variety of specialist equipment was required including 100t cranes, elevated work platforms ranging from 10m to 41m, boom lifts up to 55m, scaffolding and temporary edge protection.

Workforce peaked at 15 and when works are completed, they will have delivered over 80,000 workhours on site. The project team coordinated works around multiple other contractors working on site.