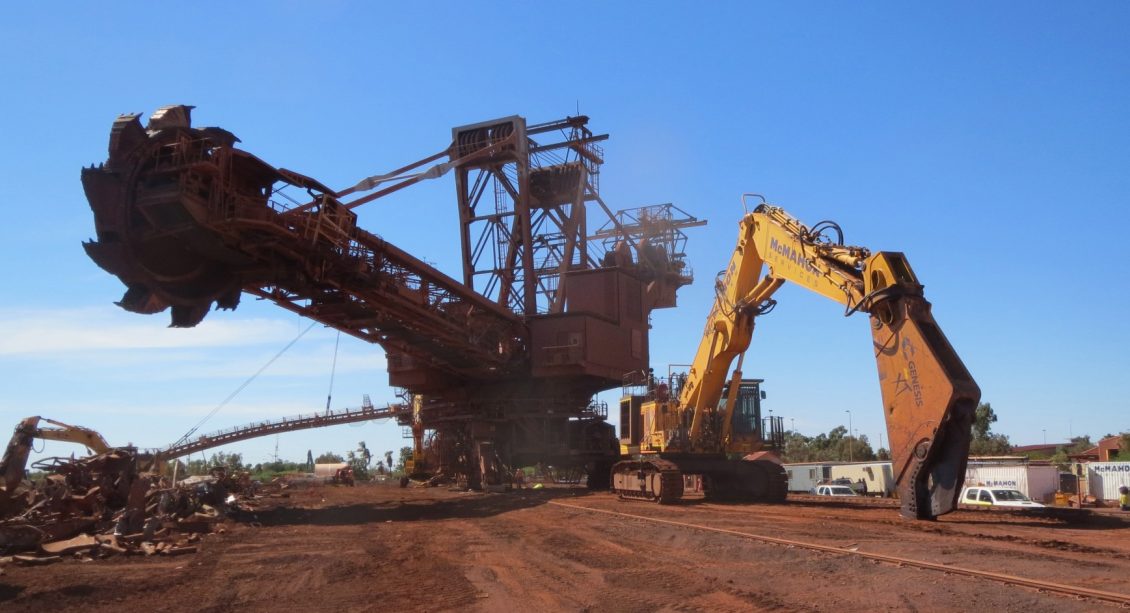 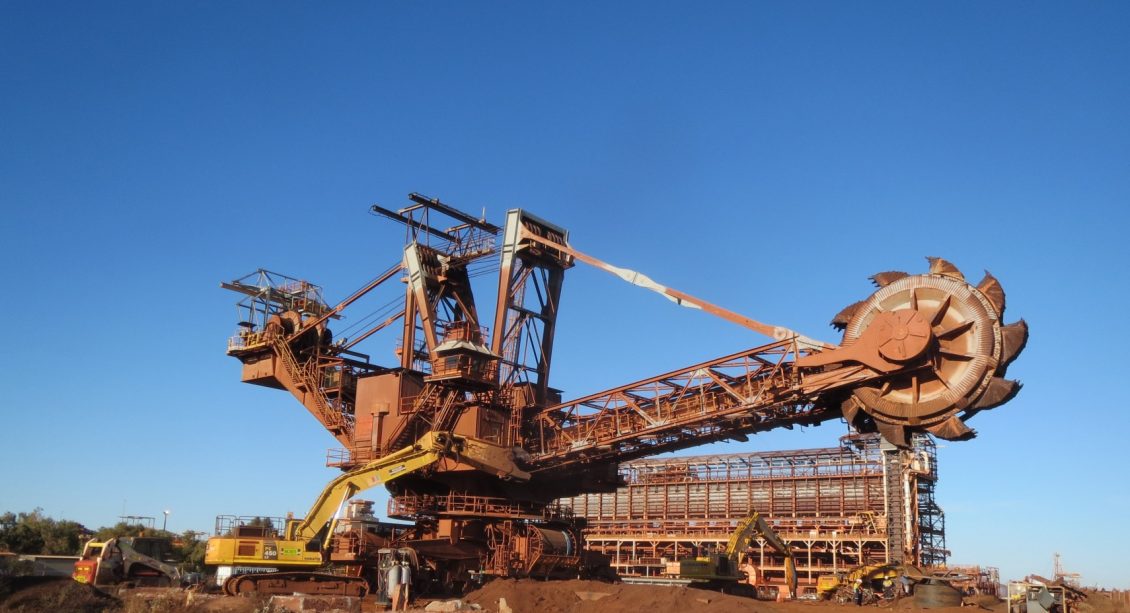 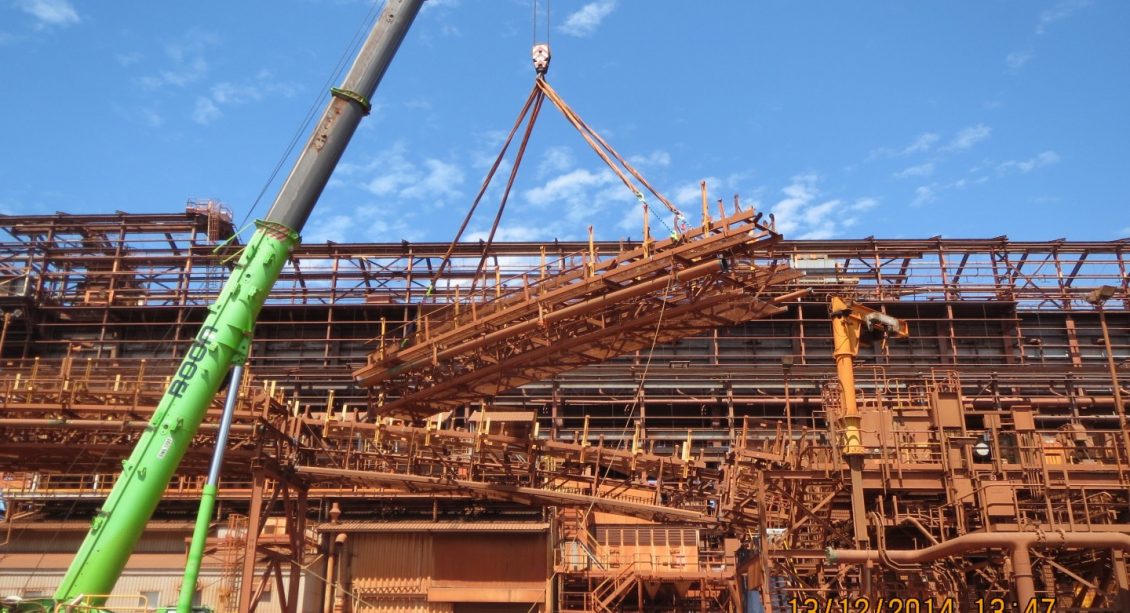 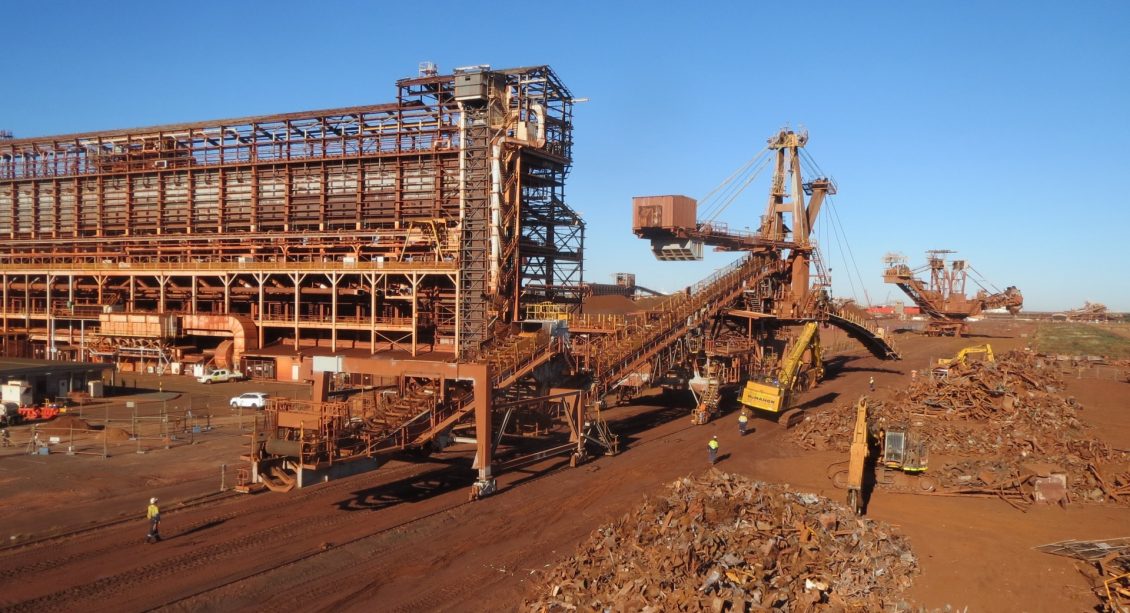 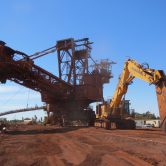 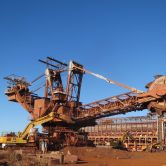 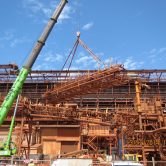 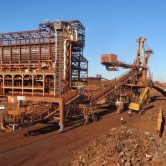 A number of unique factors combined to make this project particularly challenging. Located in the far North West of Western Australia meant extreme weather conditions were
encountered with temperatures often in excess of 45 degrees. As the project was in a Category 3 Cyclone passage, the ability to prepare and make safe for Cyclonic conditions within 72 hours was put to the test with the arrival of Cyclone Owyn.

Another key challenge was the sheer volume of steel structures to be demolished. Almost seven and half thousand tonnes of steel needed to be processed from the redundant assets within the client’s time frame. The majority of these structures required detailed structural engineering and risk assessments plans prior to any demolition to ensure safe operations.

Due to the nature of the site, a traditional method of demolition was eliminated, and mechanical shearing was adopted as the preferred method
of demolition. This method was favoured to reduce the need to access the plant and equipment and removed personnel from the ‘line of fire’.

Two new specialist excavators were purchased specifically for this project; a Komatsu PC850 and a Komatsu PC1250. These machines were modified at our Adelaide workshop into high reach machines (20 metres and 22 metres respectively) and were pivotal in the success of the project, providing the required reach and capacity for the elevated structures and heavy duty steelwork.

The Conveyor systems were typically demolished first, to isolate the remaining structures. Substantial lengths of conveyor were removed, ranging from low level work carried out with a 45t or 75t excavator, to high level work (up to 20 metres high), requiring lift studies and complex crane work.

In total there were seven Transfer Stations to be demolished, ranging in height from 5 metres to 18 metres. These necessitated some crane lifts to remove heavy equipment such as motors, gearboxes and heavy chutes. Through the use of the specialist high reach excavators, the structures were able to be removed by mechanical shearing.

In a few instances, the stability of the equipment was such that close access during demolition was considered unsafe, including with an excavator, and as a result explosive felling was proposed. This was the case for the Stacker and the Reclaimer, which were rail operated balance machines. Prior to the demolition, the machines were decommissioned and relocated to an area suitable for the explosive felling.

Shearing of the steelwork, following the felling, was carried out with the PC850 and PC1250 excavators. This method minimised interaction with adjacent operational activities, significantly improved safety and minimised labour time.

For all explosive felling, 3D simulation models were developed, approval was gained from the Mines Department and trial explosive cuts were carried out.
In addition to all above-ground demolition, we backfilled over 1,500m3 of sumps, and rehabilitated the site with 9,311 tonnes of river rock as a cover material, including the addition of dust suppression additives where required.

McMahon Services are continually reviewing our work practices to improve safety and efficiency, and reduce impacts on the environment. On this particular project, several of the structures within the scope were coated with Gilsomastic paint, which contains fibres of white asbestos.

The scope of work provided by the client required this steel to be disposed of to landfill. McMahon Services proposed an alternative which was to recycle the scrap steel at an overseas steel processing plant. This required approval from the Commonwealth Government under the Basel Convention, leading to a high level of management and chain of custody procedures.

An extensive sampling program was undertaken on the Gilsomastic paint system using scanning electron microscopy (SEM) coupled with energy dispersive spectroscopy (EDS) to enable a quantitative assessment of the asbestos, and in turn provide a robust procedure that allowed the scrap steel to be exported to an overseas steel processing plant as scrap steel, as opposed to asbestos waste.

The steel was reduced in size to 800mm x 600mm pieces for direct feed into the furnace without further processing, with all of the steel packed and sealed into 300 sea containers for transportation. This recycling process saved the project approximately $3 million and rated very highly on the waste management hierarchy by diverting in excess of 5,000 tonnes of material from landfill, whilst meeting required human health, environmental and regulatory standards. This was the first time this approach to Gilsomastic painted scrap steel had occurred in Australia.