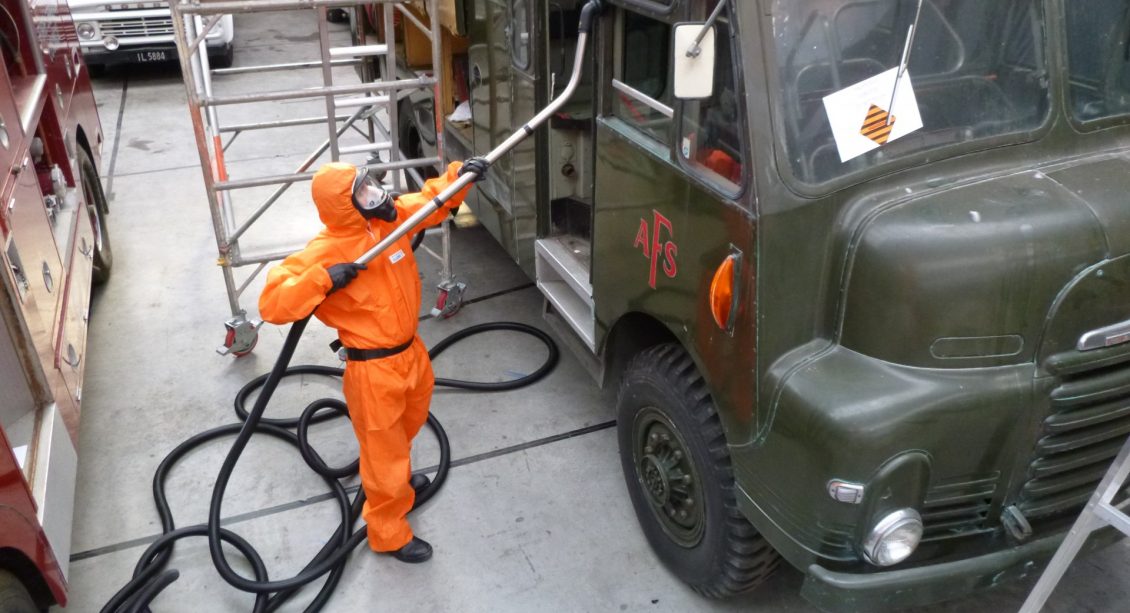 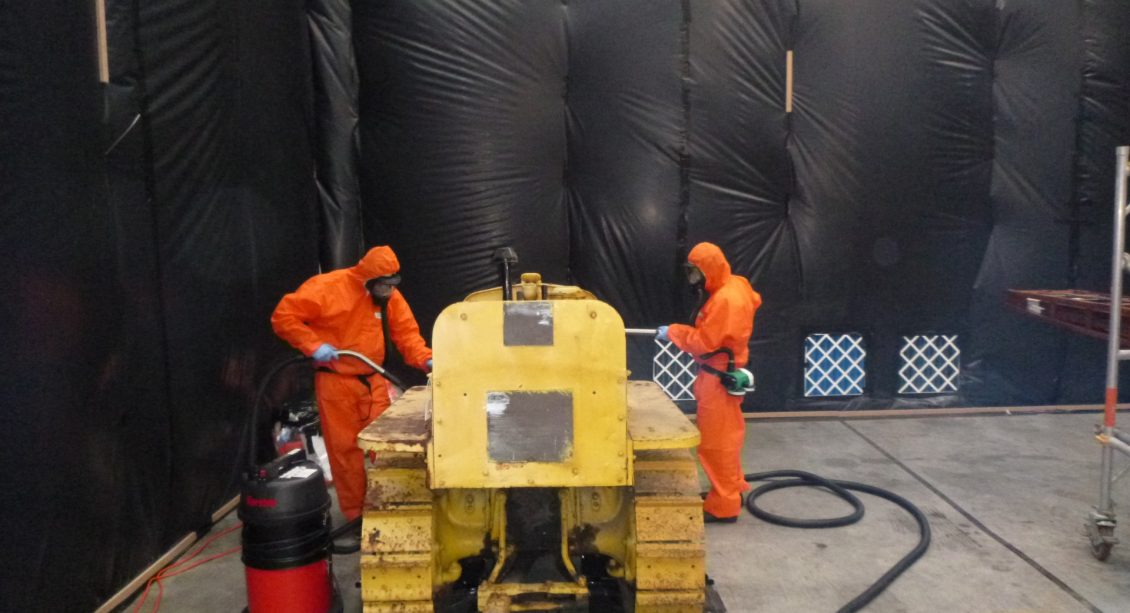 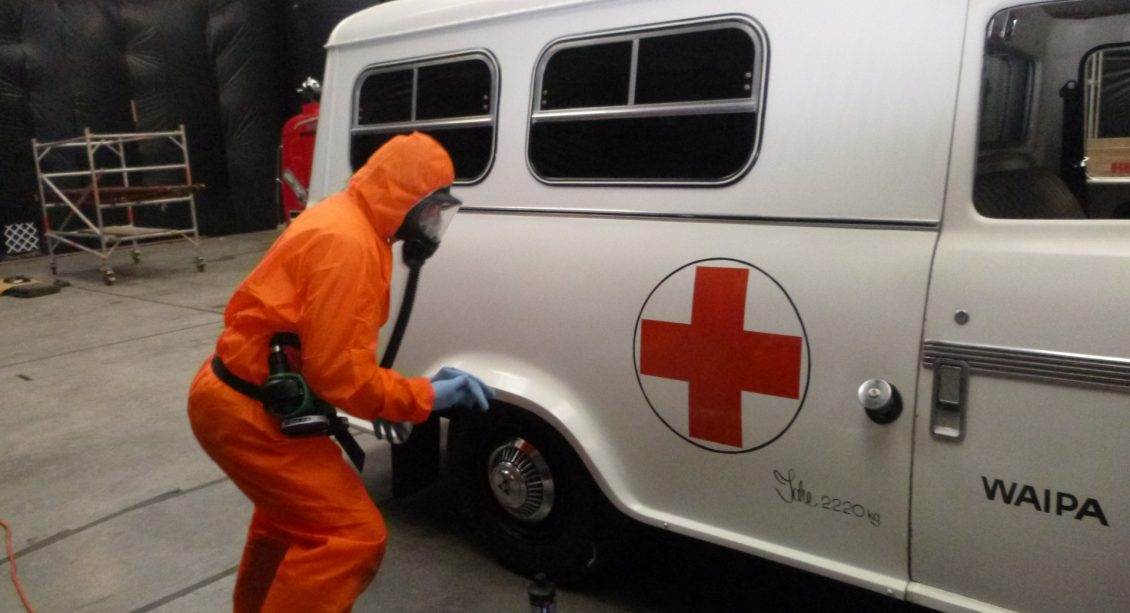 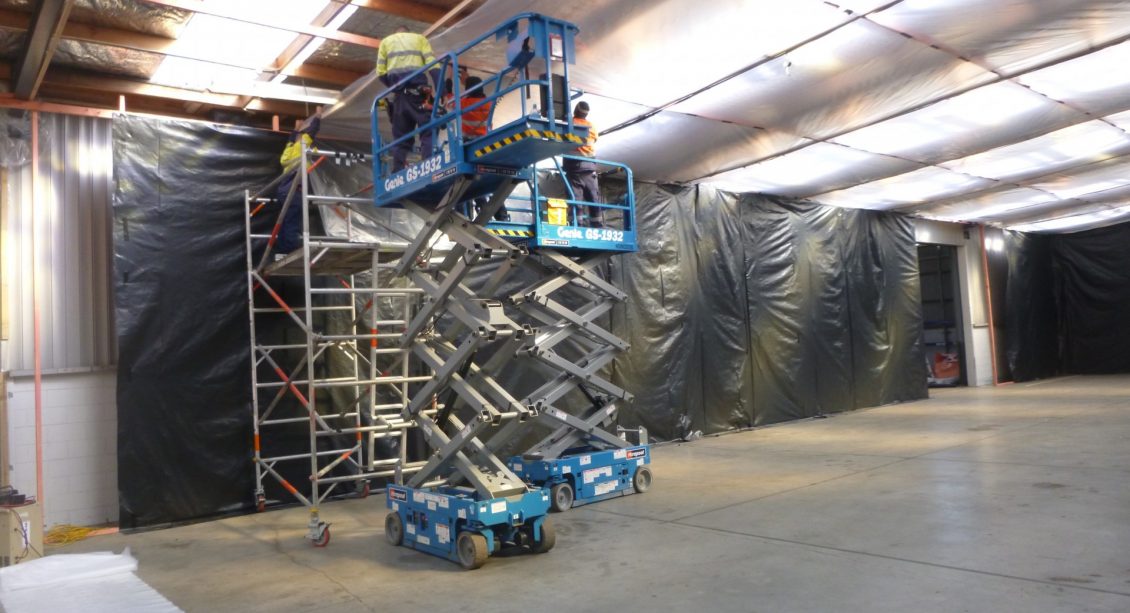 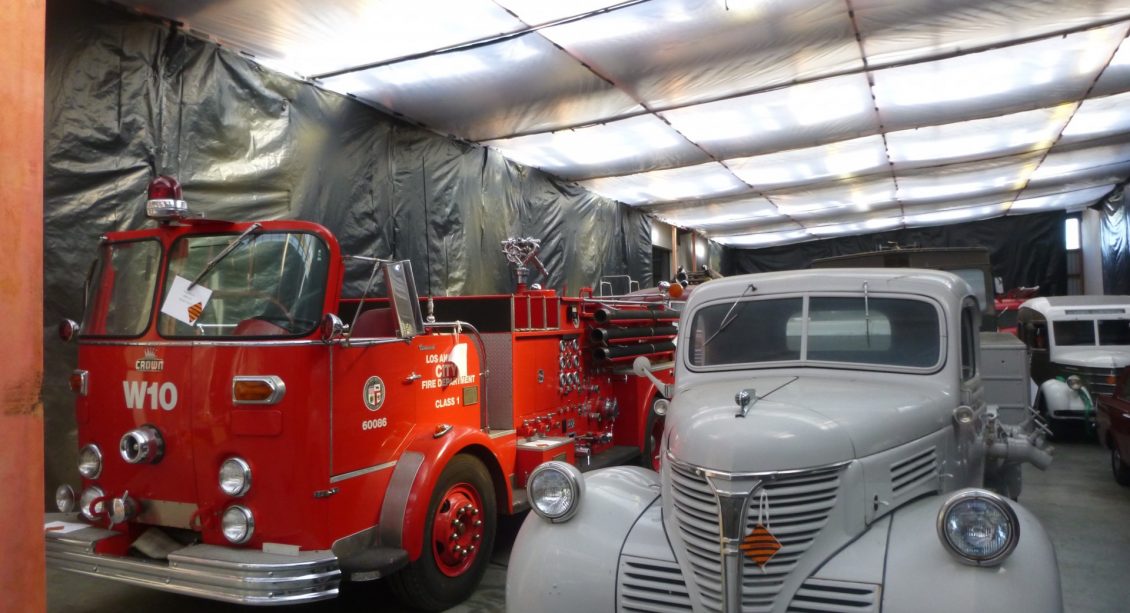 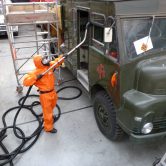 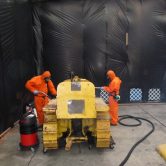 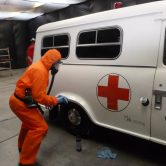 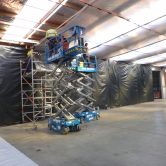 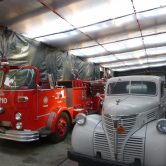 MOTAT vehicles not on display were stored in an offsite facility clad with asbestos roof sheeting. Over time asbestos dust settled on and contaminated 14 of the stored vehicles. Asbestos also got into the linings, seats, dashboards and other interiors of the heritage vehicles dating from the 1910s to the 1960s.

Golder Associates provided MOTAT with a third-party hazardous materials report and decontamination solution. Golder then contacted McMahon Services seeking a contractor with the systems and track record of asbestos remediation. Within two months of the initial contact, McMahon Services were engaged to undertake the works and had mobilised to site from its Adelaide headquarters.

The first stage of the works was the construction of a 480m² asbestos containment structure with a volume of 3400m³ complete with a five-stage decontamination enclosure, a friable asbestos enclosure, and water treatment facilities. The structure was built within an existing MOTAT facility. No building fabric was modified during the works and on the completion of the project the building was restored to its original condition without any residual contamination from the process.

Key to the success of the project was that McMahon Services trained the museum curators and conservation and registry teams – who were already experts in conserving artifacts – on how to clean and remove asbestos contamination under Class A and B conditions. All MOTAT personnel were provided with full-face respirator masks and respirator battery packs for the duration of project, and all other appropriate personal protective equipment. McMahon Services undertook the supervisory roles for the project.

All waste was treated as asbestos, packaged in double layer 200µm plastic wrap and disposed of at an approved waste facility receiving station. Vehicles were relocated to another storage facility upon their decontamination.

Works finished early due to MOTAT’s fast uptake of the training. With the completion of the works, MOTAT’s archaeologist and curators are now able perform the removal of asbestos but are not licenced to supervise asbestos remediation. This will provide them with significant cost savings for any future works if and when required.

This was McMahon Services’ first project in New Zealand.