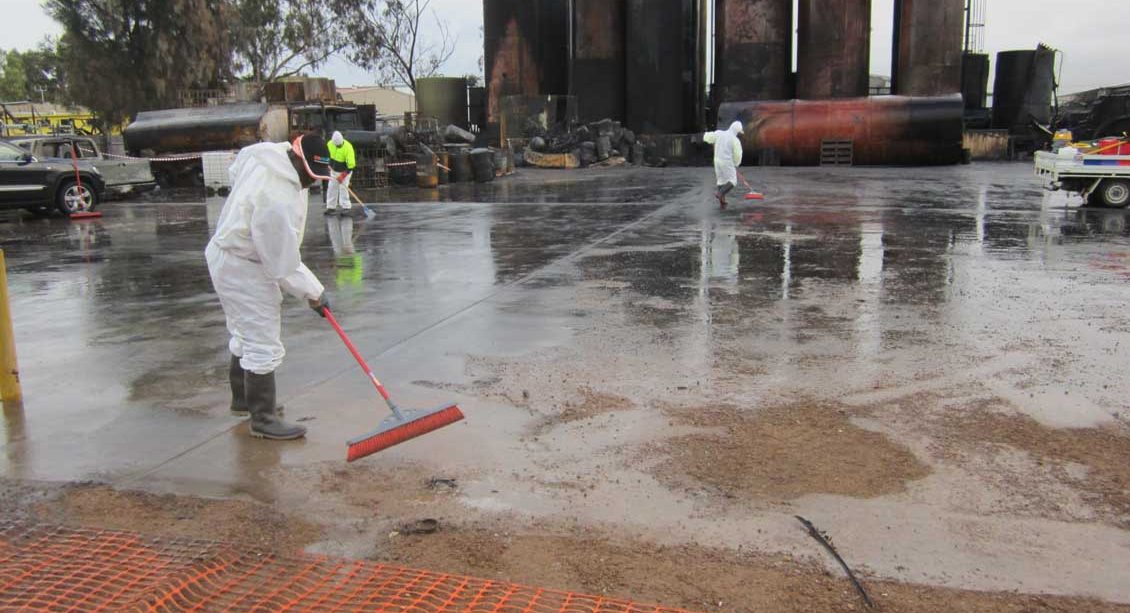 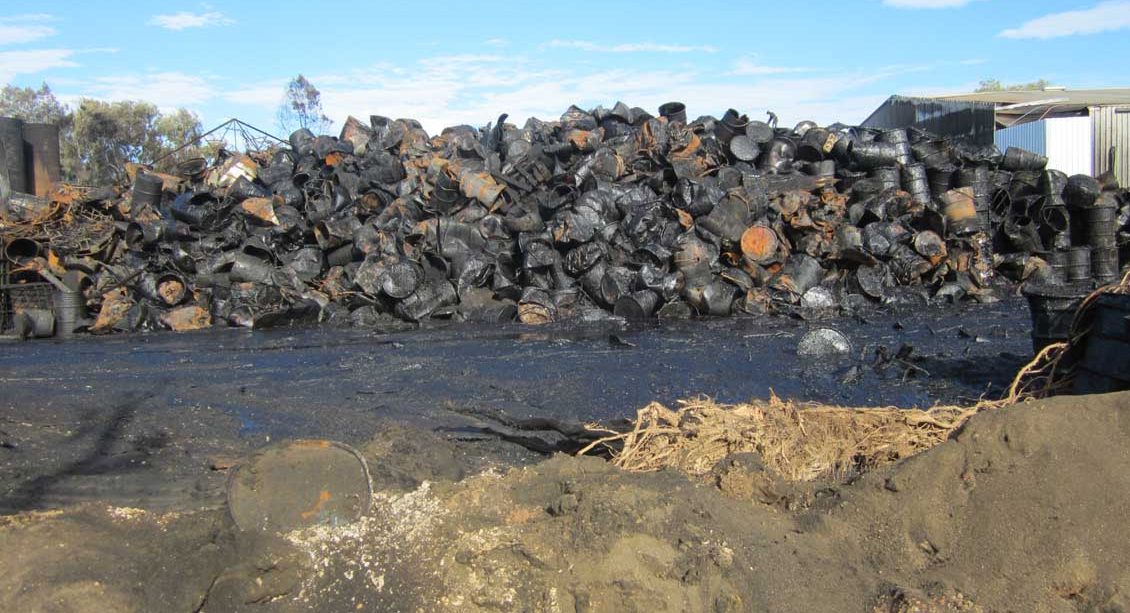 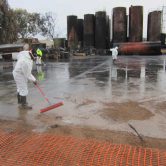 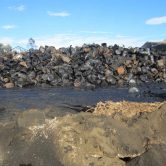 Emergency response team undertakes a clean-up of the Mulhern Waste Depot after a massive fire blazed through the site.

After a blazing inferno gripped the Mulhern Waste Depot in Wingfield, an emergency response team from McMahon Services was called in to commence the mammoth clean-up.

As thick black smoke started to blanket the city and explosions ringing out, the disaster quickly gained the attention of the public and media. After receiving the initial phone call, McMahon Services arrived on site the same day to assess the damage, develop an action plan and commence work.

The first step was to contain the oil that had begun to leach off-site into the road gutters, causing serious environmental concerns. The project team createda bunded perimeter comprised of PM71 to control the contaminated leachate and prevent it reaching sensitive receptors.

Once the oil measuring approximately 50 centimetres deep was contained on site, the team was responsible for removing asbestos from burnt out temporary site huts that had served as office blocks. Approximately 250 square metres of bonded asbestos was removed and disposed of over a two day period.  New site huts were then established so the site could remain operational, along with the isolation and reconnection of services.

In order for trucks to enter and exit the site, all concrete had to undergo industrial cleaning to ensure no oil was transported off site. McMahon Services was responsible for coordinating the this process whilst continuing with the next critical phase of work.

McMahon Services engaged AEC Environmental to conduct sludge testing, to determine the contaminant levels of the oil. With the material exceeding the Low Level Contaminated Waste criteria, an external waste treatment facility was used to manage the material due to hire and space constraints.

The team was not only faced with strict instructions from the Head Contractor and insurance company but also worked under the watchful eye of the local media. The site was also under constant assessment from SafeWorkSA, Port Adelaide Enfield Council, the client and insurers, along with daily audits from the Environmental Protection Agency.

The cleanup was successfully completed, attributed to the quick response of McMahon Services and the ability to mobilise skilled personnel and equipment.