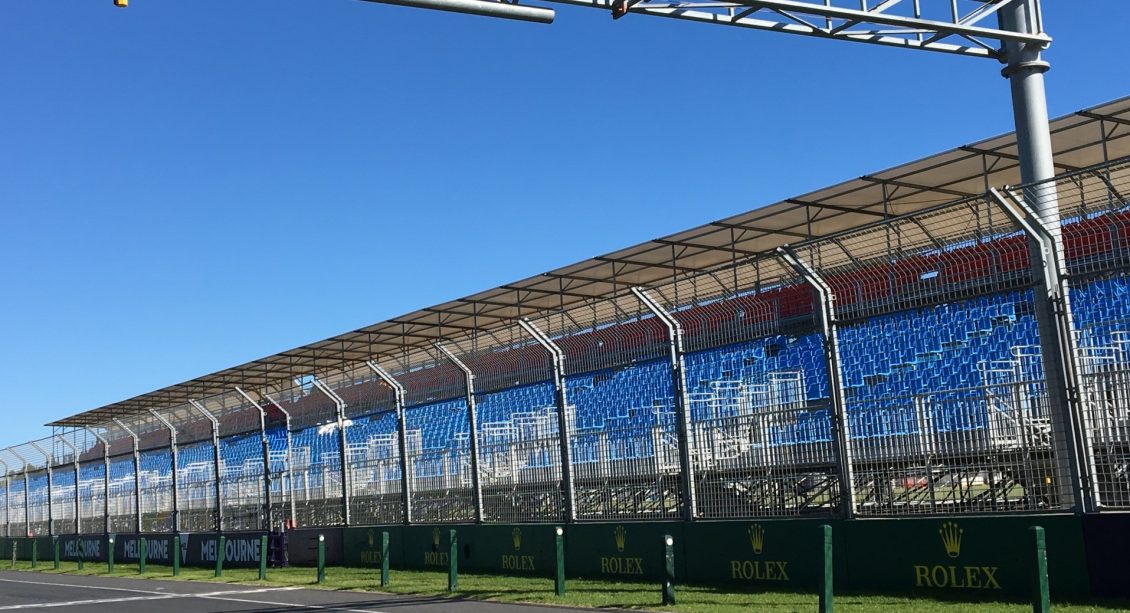 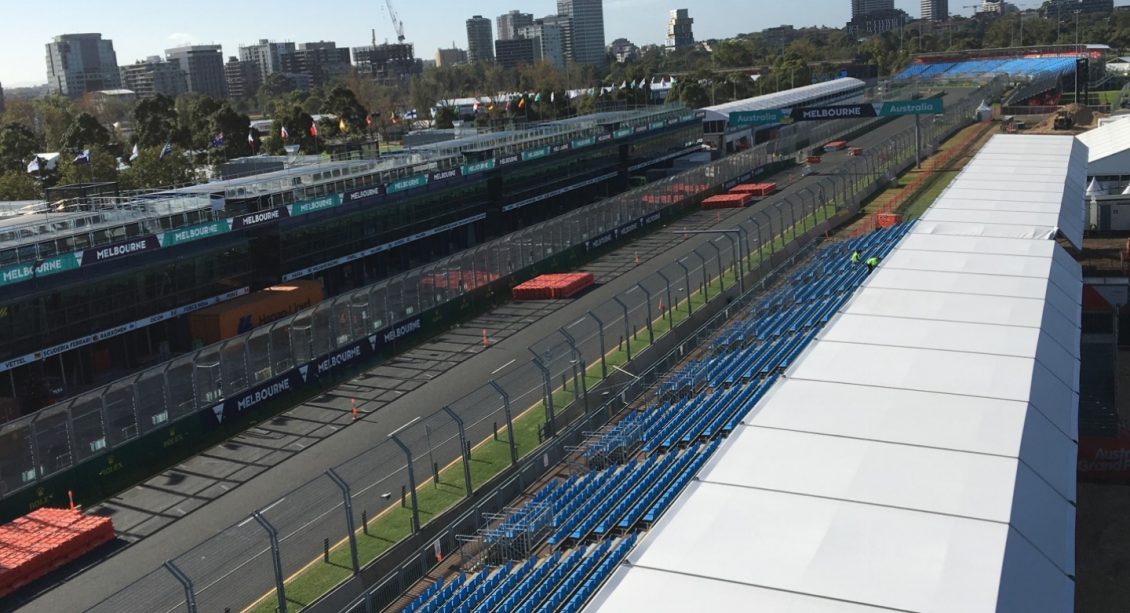 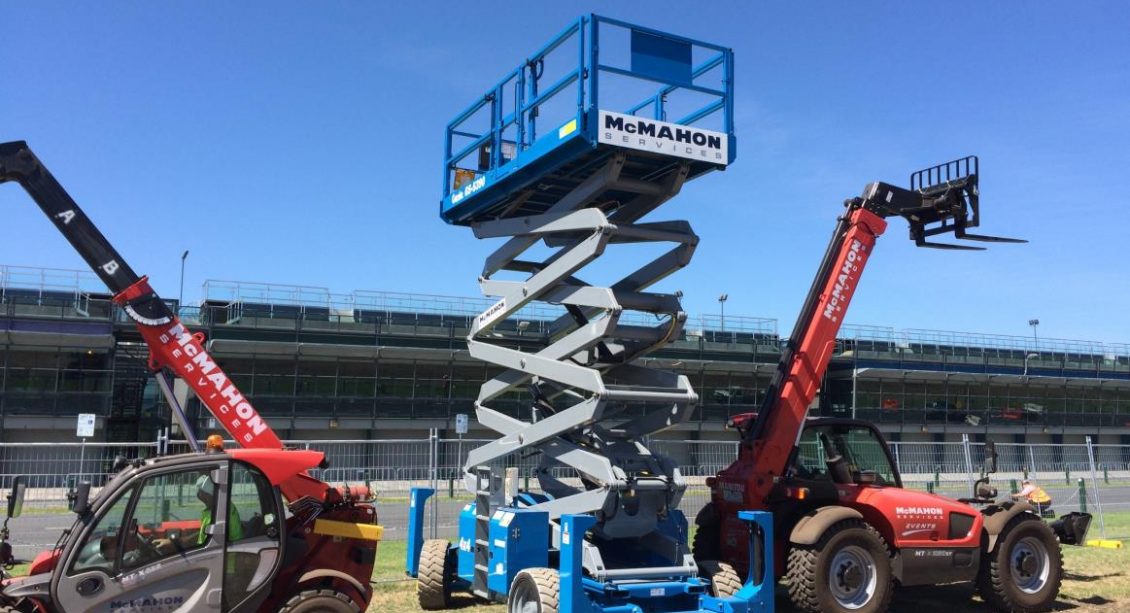 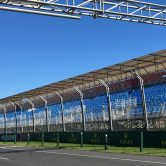 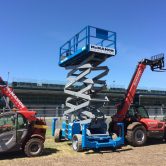 The Formula 1® Australian Grand Prix is a motor race held annually in Melbourne, Australia. The circuit length is 5.303km with the drivers racing over 58 laps.

The Melbourne track is situated around Albert Park Lake, only a few kilometres South of central Melbourne. In spite of the circuit being on public roads, the characteristics of the natural road are considered by many competitors to being fast and flowing, with extensive runoff in many corners.

McMahon Services Events were engaged by the Australian Grand Prix Corporation (AGPC) and secured the contract from 2017 – 2021.

All seating was completed with the Australian Grand Prix Corporation modular roof covering. McMahon Services also provides 422 seats for the Waite stand, which was a variation to the contract with a tight timeframe.

Mobilisation to site commenced mid-January each year, nine weeks prior to event commencement which was on 26th March in 2017. Early stages of the works are delivered by a team of seven, which ramps up to 18 personnel at the peak of the project.

Fangio was the first grandstand to be built, taking approximately three weeks to build the majority of the under structure and top deck, before work commenced on the Schumacher grandstand followed by Senna and Prost.

The roofs for each stand were installed periodically between weeks 4 – 8. The final build for Prost and the finalisation of the other grandstands took place in the last two weeks of the schedule.

In 2017, one-week prior to event commencement, the McMahon Services team secured a variation for the erection of the Waite Grandstand. This was awarded on the basis of our quick turnaround time on the other four stands, being completed on 22nd March, four days prior to event start.

In addition to the main contract, the team were also contracted to liaise and facilitate the modifications and repair work the existing Australian Grand Prix Corporation owned modular roof coverings. This included the engagement of a steelworks contractor and a roof skin manufacturer and repairer.

Working at heights was a key risk for this project, therefore a Fall from Heights Management Plan was developed and implemented specifically for the 2017 project and to assist with future projects. The team developed a plan based on the ‘worst case scenario’, where they tested how long it would take for a team member who was at an opposite end of a grandstand in an elevated work platform or telehandler that was fully loaded to reach an injured team member.

The team tested three different situations and calculated the time it would take for another team member to assist the injured person. Work practices were then modified and enacted to ensure minimal ‘reach’ times were achieved.

For the 2017 event, a total of 26 ten-hour days were utilised to erect and dismantle the grandstands, with two to three semi-trailer loading and transporting the grandstand infrastructure to and from site. The project peaked at 18 personnel.

Inclement weather hindered the demobilisation works, resulting in a delay of five days before the final load out of trucks was completed on 3rd May.

70% of this event was self-delivered and totalled 10,921 workhours from commencement to completion. Over 16,000 work hours were achieved without incurring a single Lost Time Injury or Medical Treatment Injury.

“All final deadlines were comfortably met to a great standard. Especially Waite Grandstand which was awarded to McMahon Services at extremely late notice” – Sanel Cevro, Arcadis