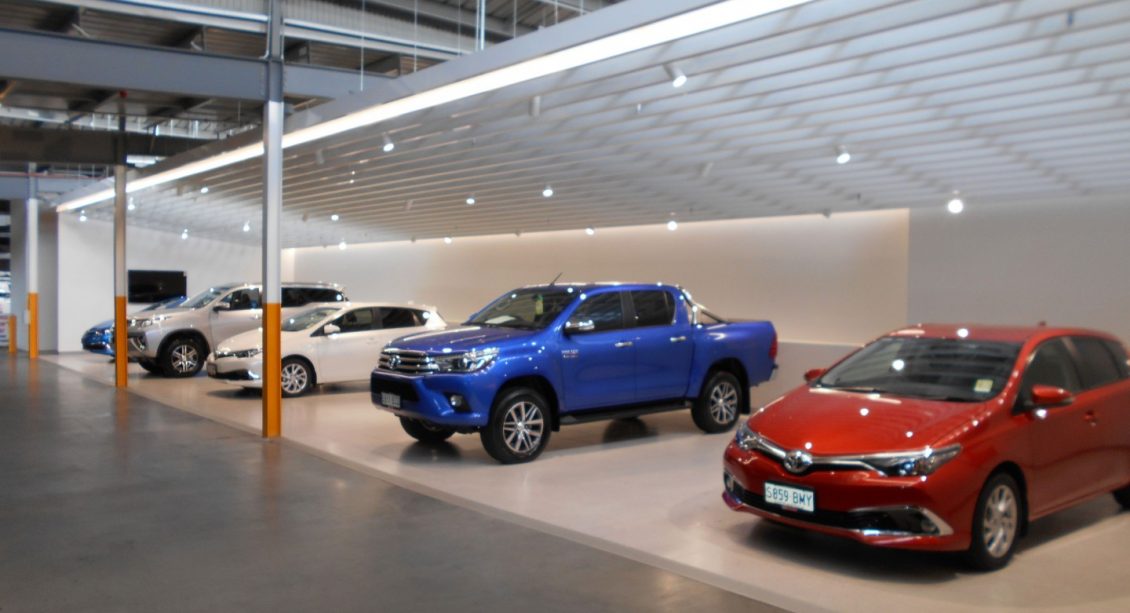 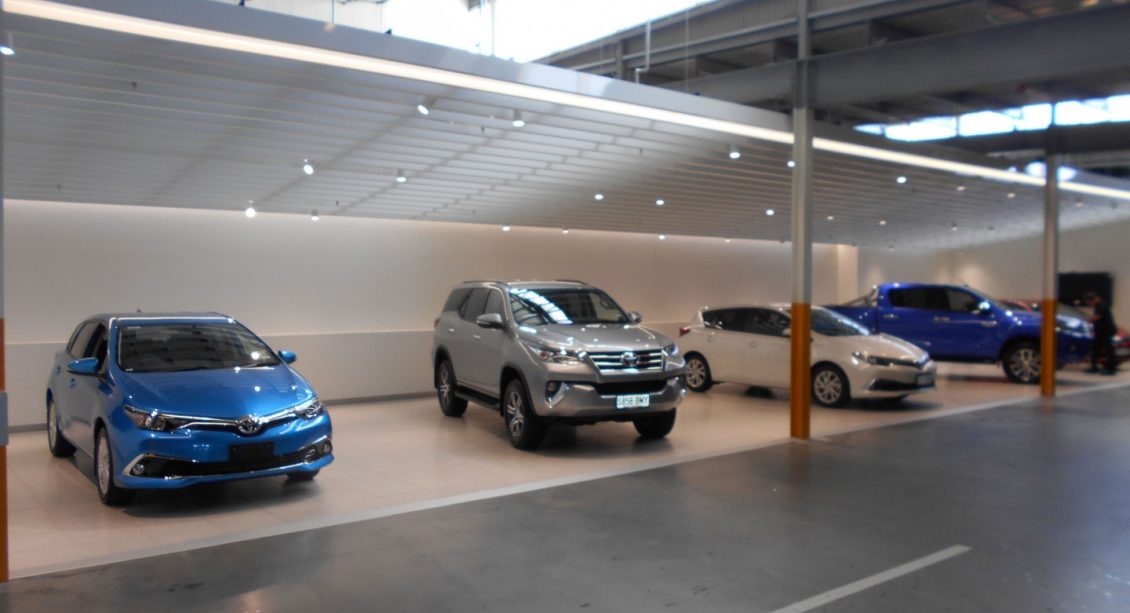 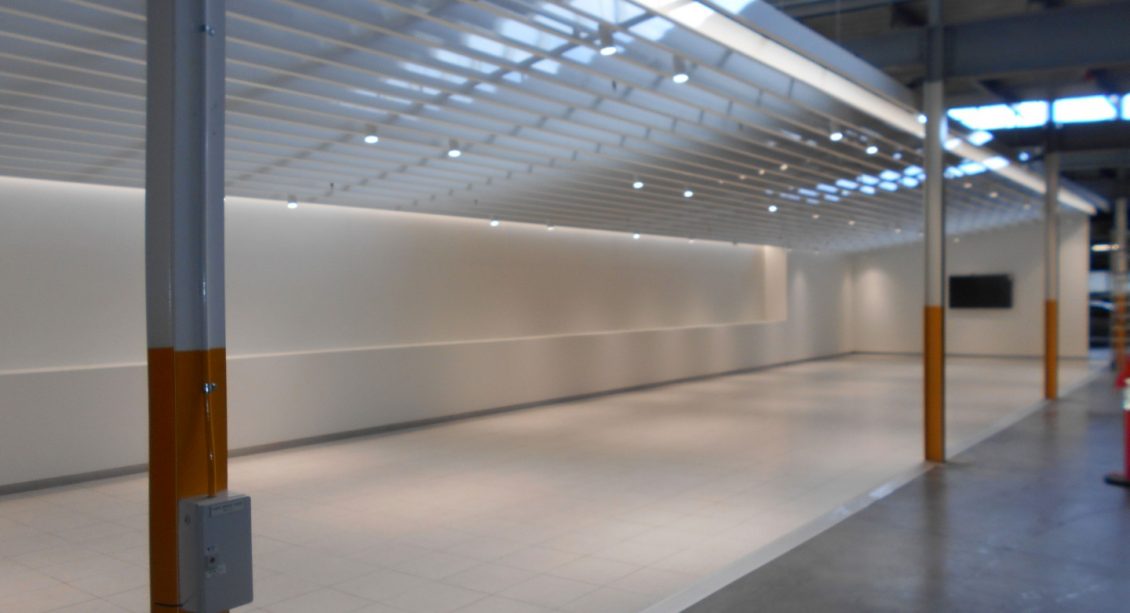 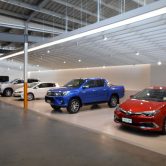 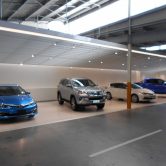 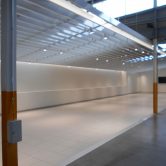 Four construction companies quoted for the fit-out works at the CMI Toyota Group’s new showroom on West Terrace in the heart of the Adelaide CBD, but it was ultimately McMahon Services that were selected by project superintendent, Matthews Architects, to deliver the works.

Fit-out works covered the purpose-built new vehicle delivery area within a three level car park, which allowed for the CMI Toyota Group to provide a showroom environment to deliver and present new cars to existing clients and prospective buyers.

Works included the relocation of the existing fire detectors and sprinklers to suit the new layout of the ceiling. The sprinkler droppers were extended in order to protrude below the baffle ceiling grid in accordance with Australian Standards. New fire extinguishers were supplied and installed to each of the new partitions of the delivery area.

‘Toyota White Soda’ floor tiles were installed to match the ground floor showrooms, with a threshold strip installed at all junctions between the existing concrete floor and the new tiled area. It was further enclosed with new partition walls, painted white to match the downstairs showroom. The project team also installed three large television screens, linked to the central data network, enhancing the presentation area.

Daily meetings with the CMI Toyota’s Facility Manager ensured all works onsite were in accordance with CMI requirements. In order to minimise disruptions to the CMI Toyota daily operations, all works were carried out whilst maintaining free access to the adjacent driveway.

McMahon Services coordinated the delivery of materials to site between the hours of 7:00am and 8:00am to avoid conflicting schedules with CMI Toyota and affecting their ‘rush’ periods.