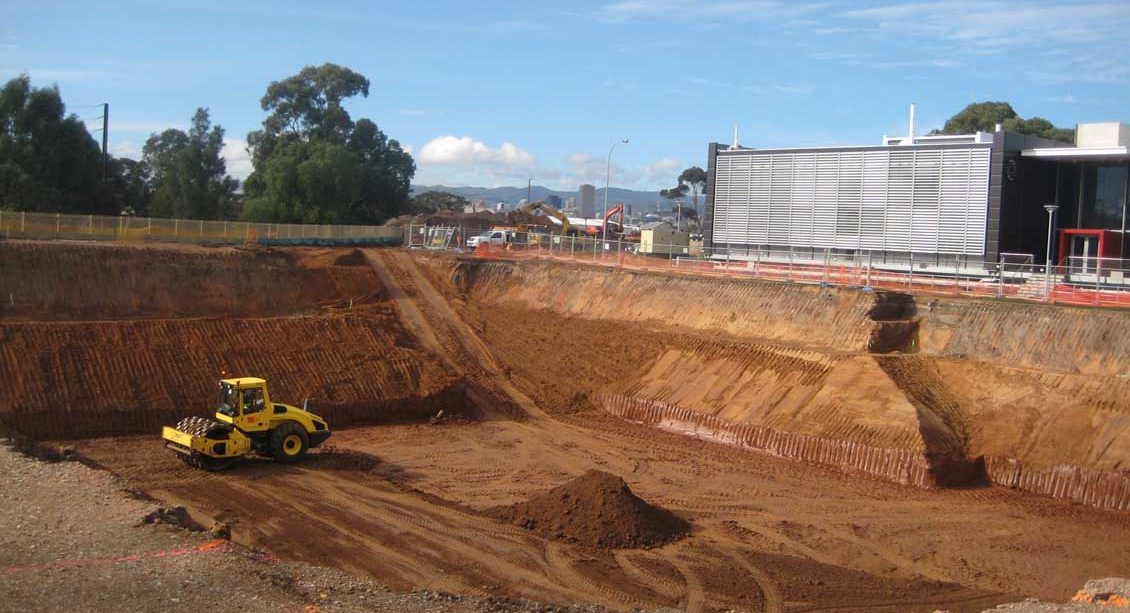 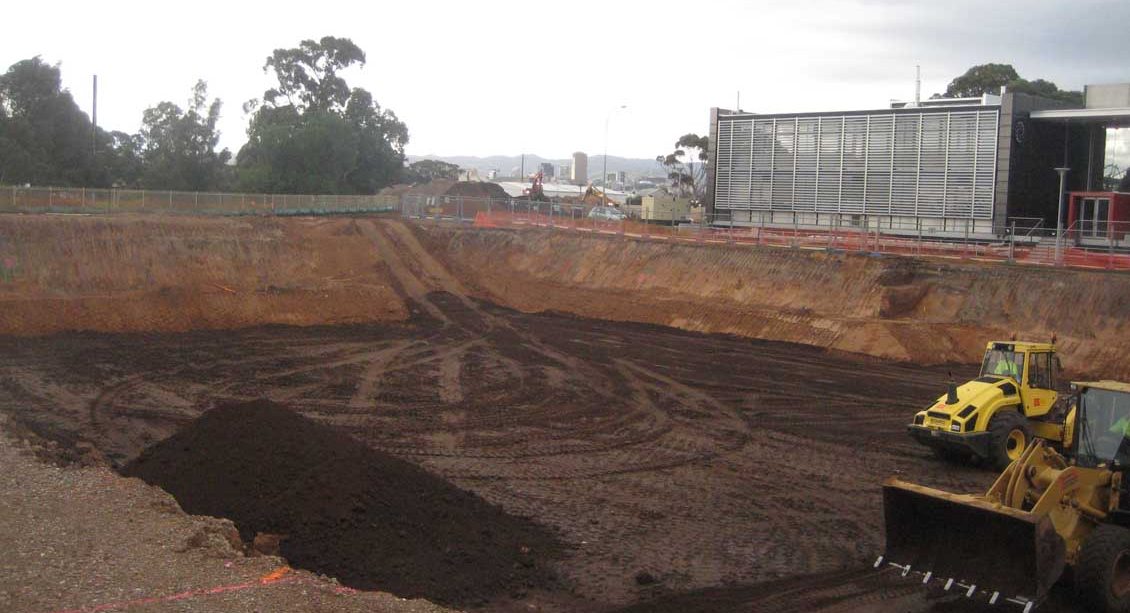 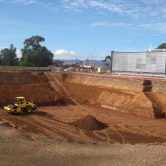 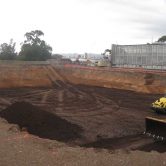 Underground tanks were removed, along with the surrounding soil and then stockpiled. The material was tested and results showed the soil contained a high level of hydrocarbons at a level that where the material could not be reused as backfill or disposed of.

The ex-situ bioremediation of the two stockpiles commenced with the preparation of a bunded area and mixing the contaminated material with an initial reagent.

McMahon Services designed and constructed a forced aeration biopile system, using a suction vacuum unit fitted with a moisture trap, carbon filter, blower and vacuum pump. A series of 50mm diameter pipes were slotted throughout the stockpiles allowing for regular testing of temperature and moisture levels. Irrigation drippers were installed on top of the stockpiles to keep moist and the whole area covered and sealed. The temperature and moisture levels were measured and recorded every second day.

Initial excavation and remediation works were undertaken within three weeks, with on-going testing occurring over the next six months. Once the material was at an acceptable level, it was backfilled and McMahon Services commenced the redevelopment works for the site into a parkland. These works included installation of roads, paving, stormwater, sewer, street lighting and common service trenches.

Another key project requirement was the construction of a repository to encapsulate and treat the contaminated material in order to backfill. This led to significant cost savings for the client and allowed the project to remain on schedule for building works.