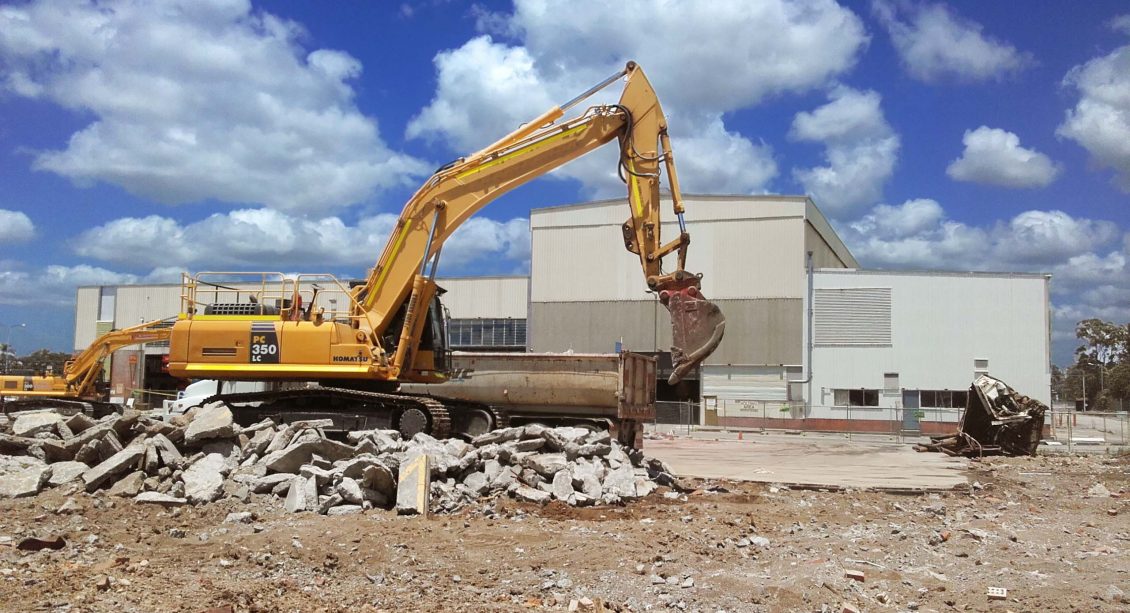 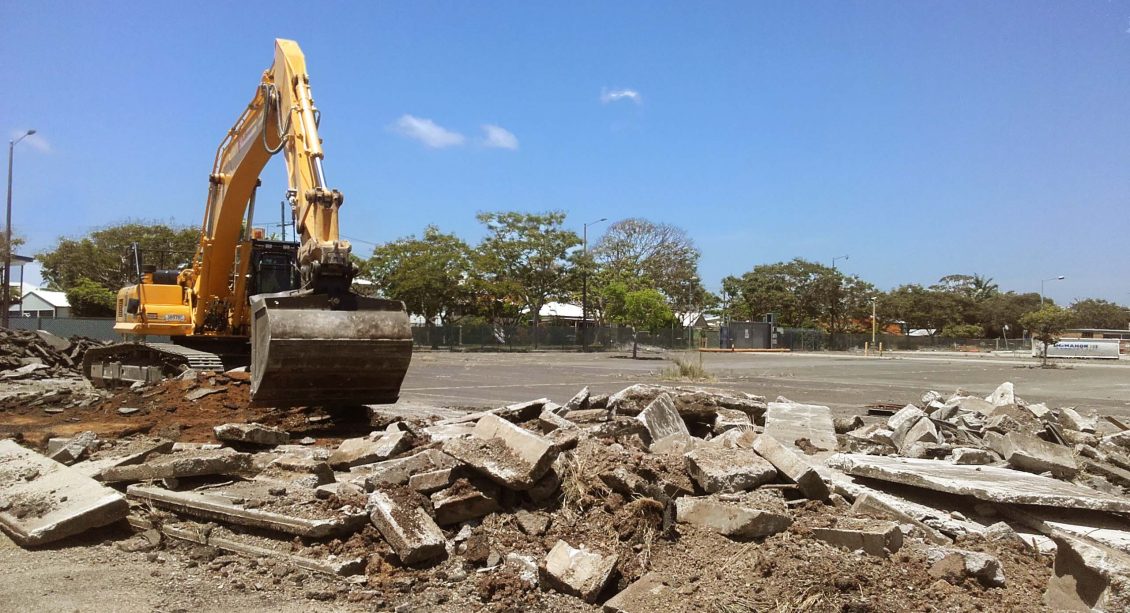 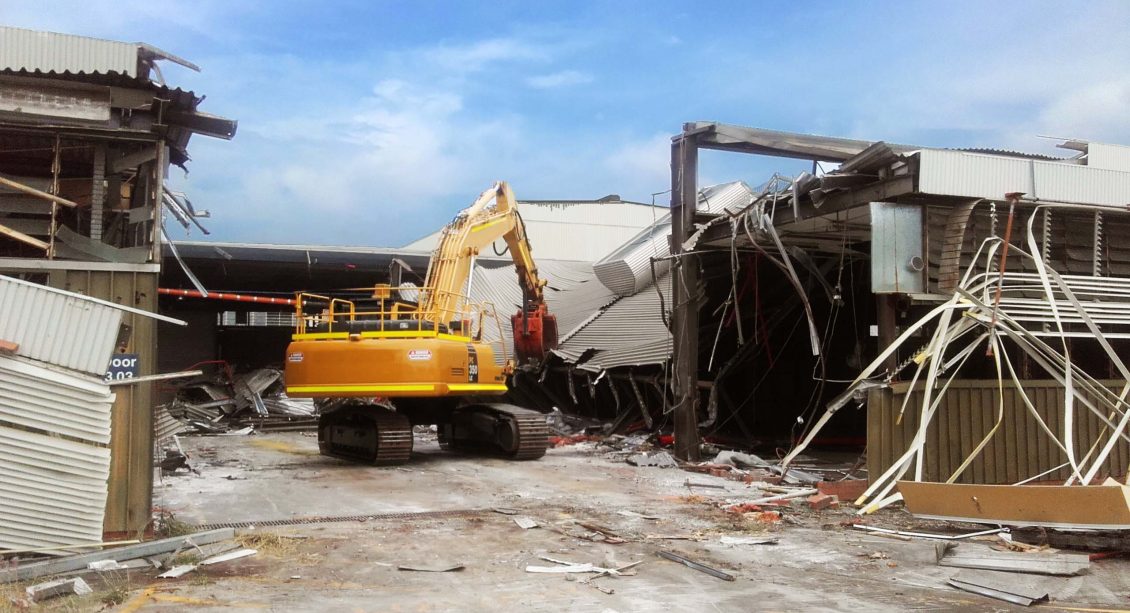 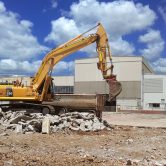 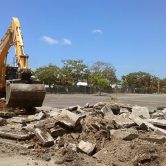 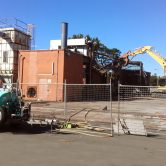 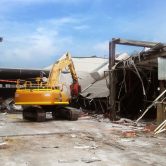 Energex’s property portfolio included a 6.4ha site located in Banyo, Queensland. Since the 1950’s until 2007, had been used as an electrical transformer refurbishment facility. The Queensland Environmental Protection Authority (EPA) listed the property on its Environmental Management Register as a site that required treatment because of its use for oil storage over its five-decade operational history.

Energex had since relocated their operations and facilities to other premises and the existing site had become redundant. Energex engaged McMahon Services to remediate the site for sale and development, and ultimate removal from the EPA Register.

Initial works involved the removal of all buildings, pavements and services. All buildings were first internally stripped. As the buildings contained both friable and non-friable asbestos, building structures were fully encapsulated and remediated under friable asbestos conditions where required. 7t of friable and 170t of non-friable asbestos, 500m of high voltage and low voltage cabling, all transformers and electrical equipment, 500L of paints, thinners and solvents, and 5,000L of waste oil from an underground storage tank was removed and transported offsite to approved EPA waste receiving stations.

After the strip out, the five buildings with a combined floor area of 24,500m2 were mechanically demolished. This included a former factory, and administration, calibration and testing buildings. Six excavators equipped with a variety of demolition shears, grabs and pulverising attachments performed the demolition. The tallest building was 18m in height requiring high-reach excavators for mechanical demolition. Along with the pavements and timber structures, 122,000t of concrete was pulverised and 1,100t of steel, aluminium and copper was recycled.

Bulk and detailed earthworks included the reinstatement of excavated areas with imported clean fill material and compacting to 95% dry density standard under Level 1 Geotechnical sampling and supervision. A significant number of foundation piles were demolished to 1.5m below ground level and the underground oil storage tank was also removed. In total, 160,000m3 of earthworks were required to remediate the site. Detailed earthworks included importation and spreading of top soil across the 6.4ha site, the construction of several sediment basins, stormwater diversions, hydroseeding and silt fences.

To complete the works, new fences were constructed at the various sections of the property boundary where buildings had been removed.

Dust was a major issue and had to be closely monitored and managed as the site was bordered on all sides by residential developments. Dust was controlled through the erection of sprinkler systems at various locations and through the use of two 12,000L water trucks. A quick fill water tank minimised the down time of the water trucks during filling. Road sweepers ensured that any construction and demolition generated dust or mud was constrained to the site.

The project was completed over 45,000 work hours without incurring any significant safety or environmental incidents. With a peak workforce of 32 including labour hire and one Indigenous participant. Works were completed on time and on budget to a revised program, extended predominately due to the multitude of unknown ground conditions including arsenic identified soils, and operational and redundant services located across the site.

Plant and equipment utilised on the project included two 36t and two 22t excavators for demolition, excavation of contaminated soils, and bulk excavation, one 45t excavator for removal of large footings, piers and foundations using rock breaker, and one 8t excavator for small scale demolition of structures and detailed excavations.

Other equipment included a 4m3 front end loader, a 12t padfoot vibrating roller required for backfilling excavation, a medium sized skid steer, a 140H grader, two 15,000L water trucks for dust suppression and watering grassed areas, one Volvo hook bin truck used for removal of asbestos and other wastes, and a 10,000L water tower used for quick filling of water trucks to ensure no down time for dust suppression.