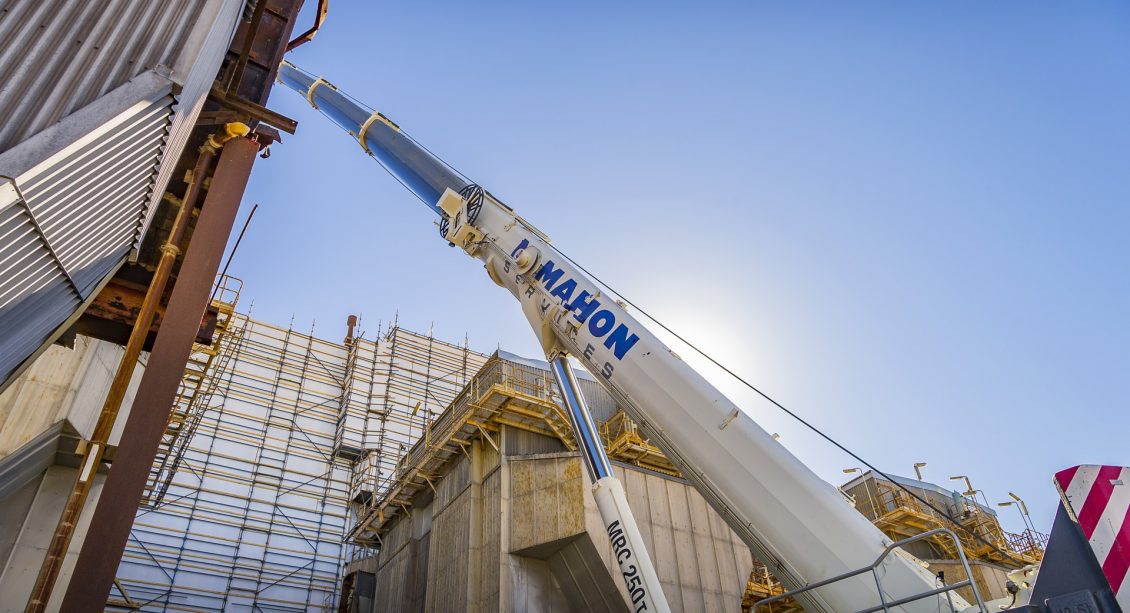 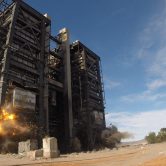 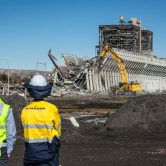 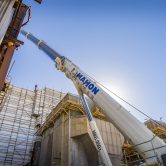 The Augusta Power Stations are located on the tip of the Spencer Gulf, and have provided the South Australian and National Electricity Market with power since 1954. The stations included the 90MW Playford A Power Station, the 240MW Playford B Power Station, and the 544MW Northern Power Station. Generation was secured through the sole supply of coal from the Leigh Creek Coalfields. Coal was delivered to the power stations via a 250km dedicated rail line.

On 9th May 2016, the Augusta Power Stations generated power for the last time and was then disconnected from the power network, ready to commence the demolition and decommissioning of the facilities.

The decision to close the Augusta Power Stations was made at the conclusion of a detailed Alinta Energy Board strategic review. During this process Flinders Power consulted extensively and investigated a range of options with key stakeholders, including the South Australian Government.

In September 2015, Flinders Power entered into an eight month collaborative planning period with McMahon Services on how best to demolish, asset salvage and decommission the three power stations and associated assets. A key objective was the development of a methodology that ensured a safe and effective demolition process whilst maintaining a strong legacy for the business in the region.

The two companies then entered into a formal alliance contracting arrangement to create a single team working unanimously, collaboratively, cooperatively and acting in good faith to make best-for-project decisions. Early works documentation and planning was undertaken between October 2015 and May 2016 working with Flinders Power during the final operations and shutdown period. Detailed programs and cost plans were developed during this period which complemented a full suite of project plans endorsed by client, regulator and independent consultants.

Scope of works comprises the decommissioning, asset salvage and demolition of the Playford A, Playford B and Northern Power Stations and associated infrastructure.

Once demolished, the Augusta Power Stations will produce approximately 50,000t of ferrous and non-ferrous scrap metals which will be sold as lotted assets on open national and international markets. An anticipated 35,000m³ of concrete will be demolished, pulverised, tested and approved by an independent environmental audit and recycled across the project. An estimated 200t of friable asbestos, 400t of non-friable asbestos and 500t of man-made vitreous fibres will be removed, transport and disposed of at an approved disposal facility, established specifically for the project.

Felling works include the Playford A, Playford B and Northern Power Station Stacks ranging in height from 80m to 200m, two 80m high hanging boilers and structural steel columns up to 2m in section. Appropriate land and sea exclusion zones were established and are strictly enforced by the SA Police and security contractors, ensuring personnel and public safety.

A major charged felling sequence involved two 10,000t structures demolished on 9th November 2017 using charge-cutting explosives, one of the largest explosive charge felling events ever to be undertaken in Australia.

McMahon Services utilise in-house plant and equipment for the mechanical demolition works. Major plant included the 400t Komatsu Excavator with the world’s largest heavy duty cutting sheet capable of piercing through 80mm high grade steel with a force pressure of 37MPa, a Komatsu PC1250 Excavator specifically designed for demolition works with a custom designed demolition attachment allowing for a reach of up to 44m. Other excavators used on the project included the Komatsu PC850, PC450, PC300, PC220 and smaller.

The Alliance provides regular project updates to workforce and local community in the form of newsletters, regular face-to-face meetings with local Government authorities and emergency services, as well as frequent project status reports to stakeholders and regulatory bodies. A detailed Stakeholder Management Plan allows for the open and effective communication between the Alliance and all project stakeholders. Flinders Power also has an established Community Reference Group that meets monthly. Open days for the community provide an opportunity for residents and ex-workers to come and see progress.