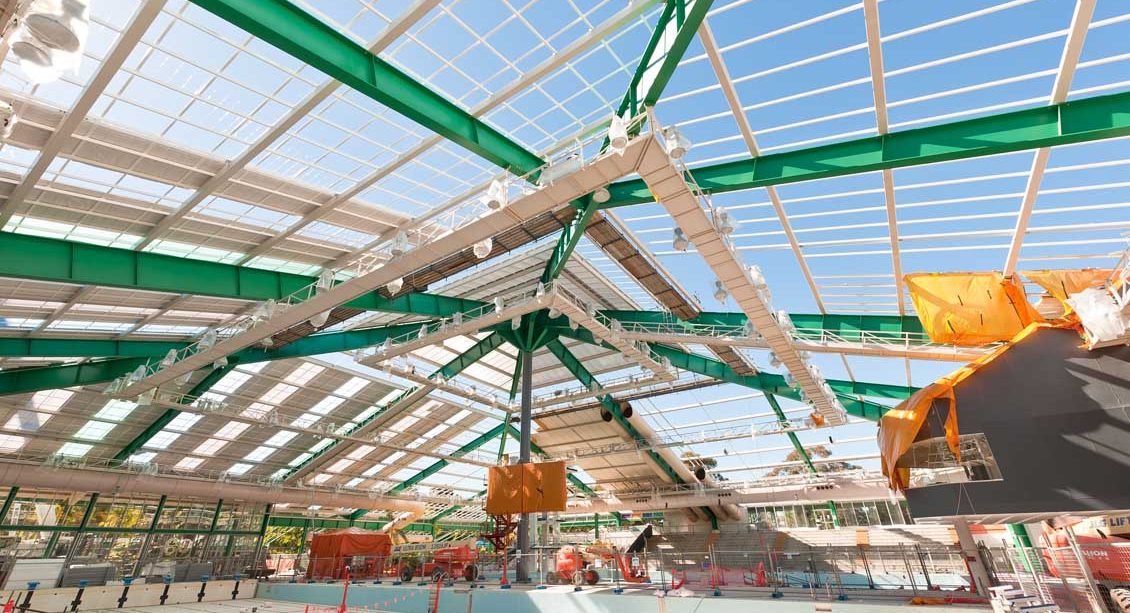 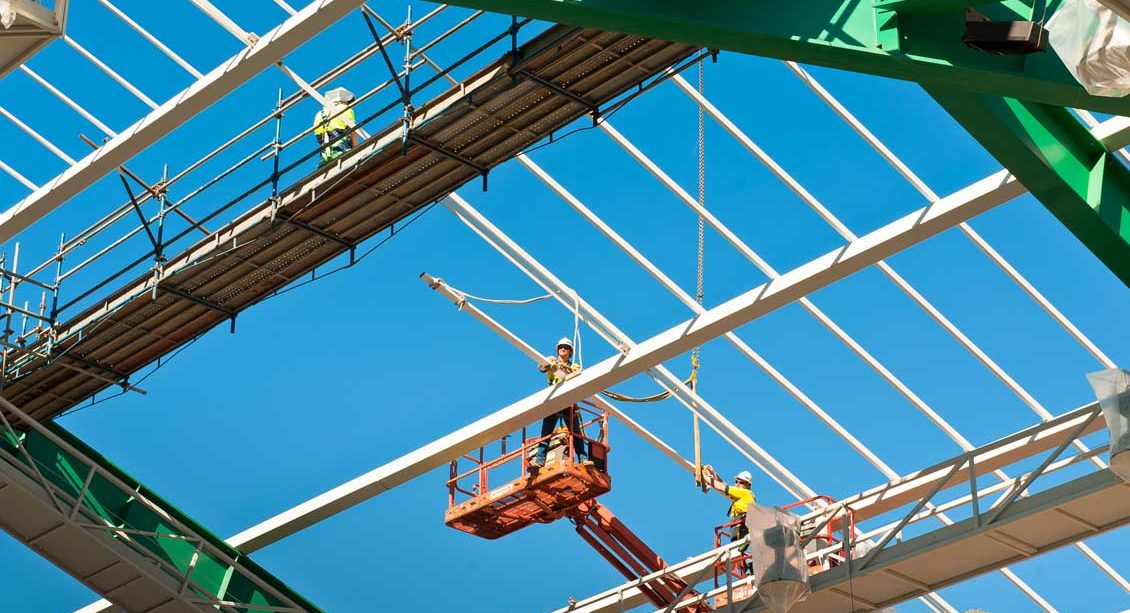 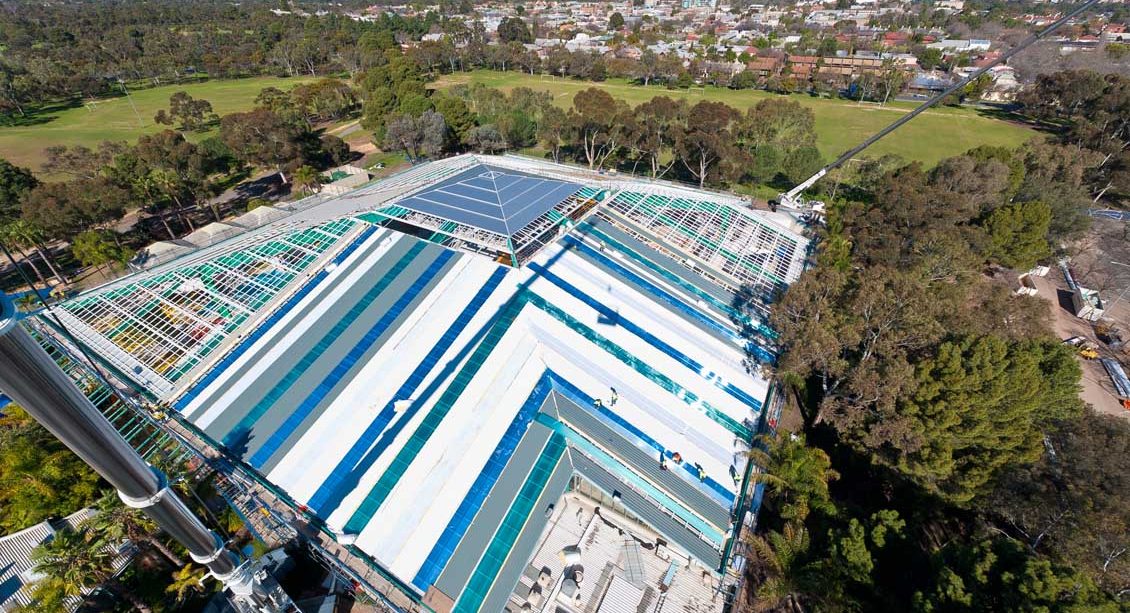 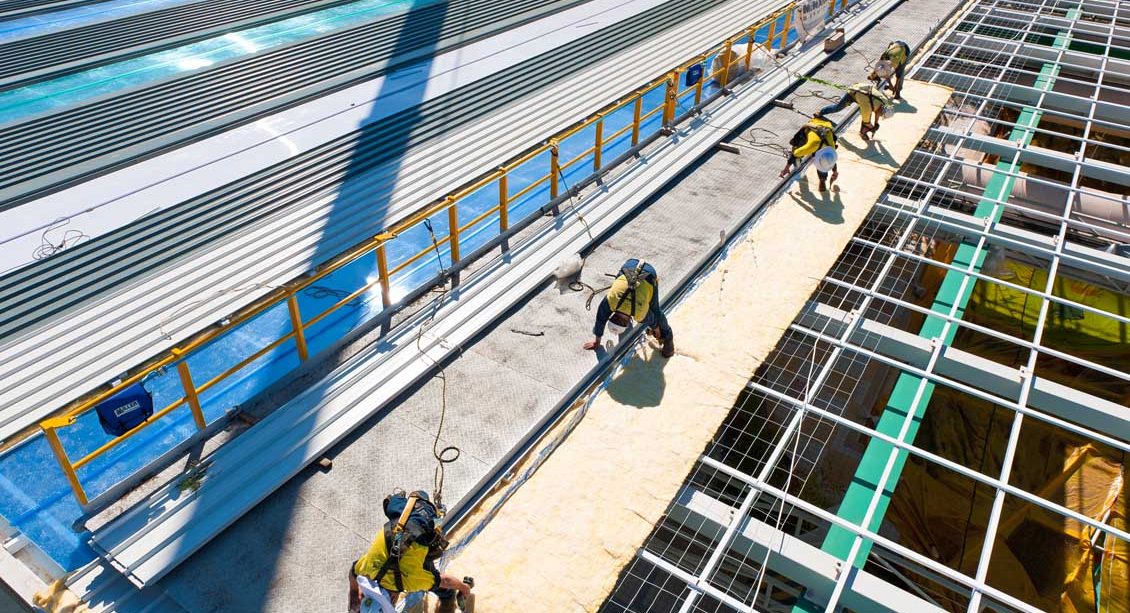 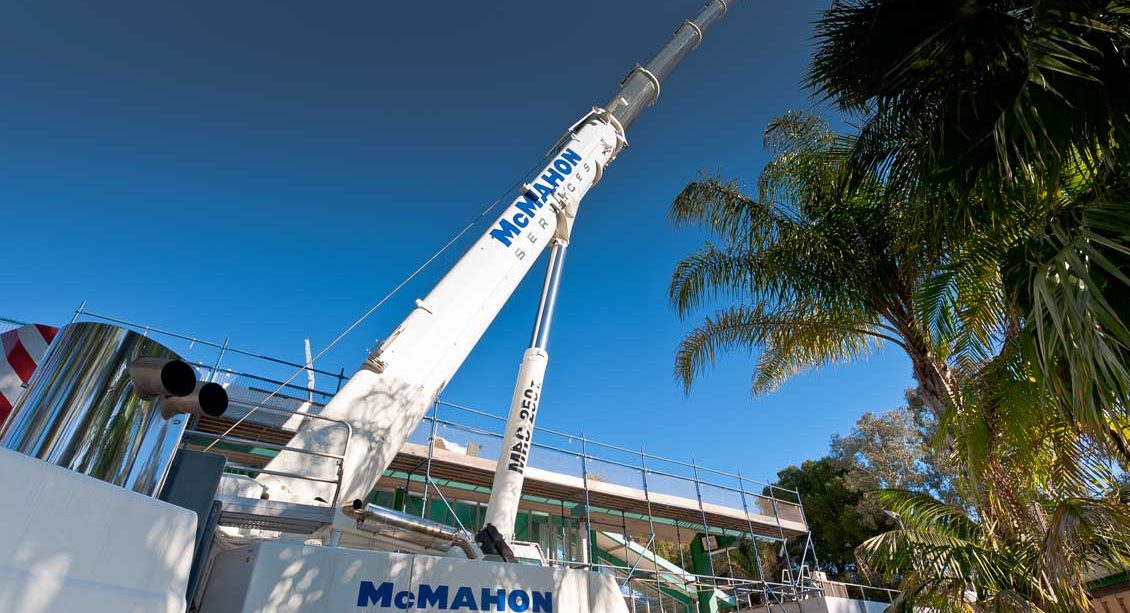 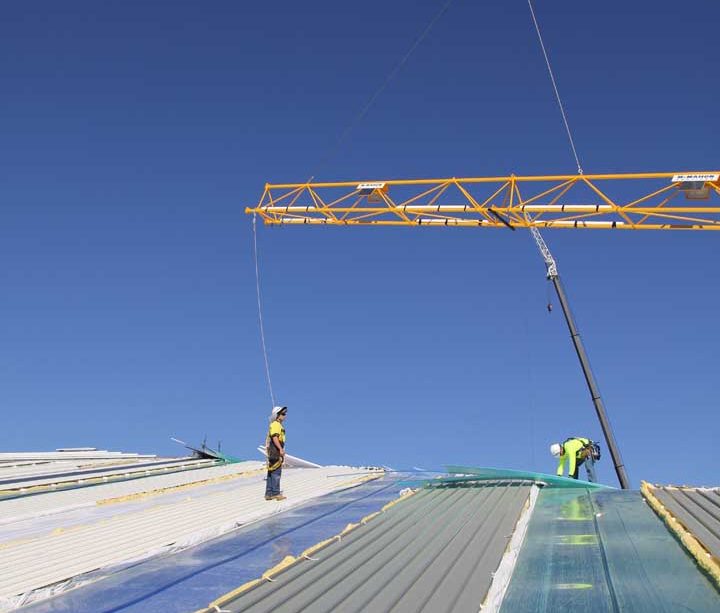 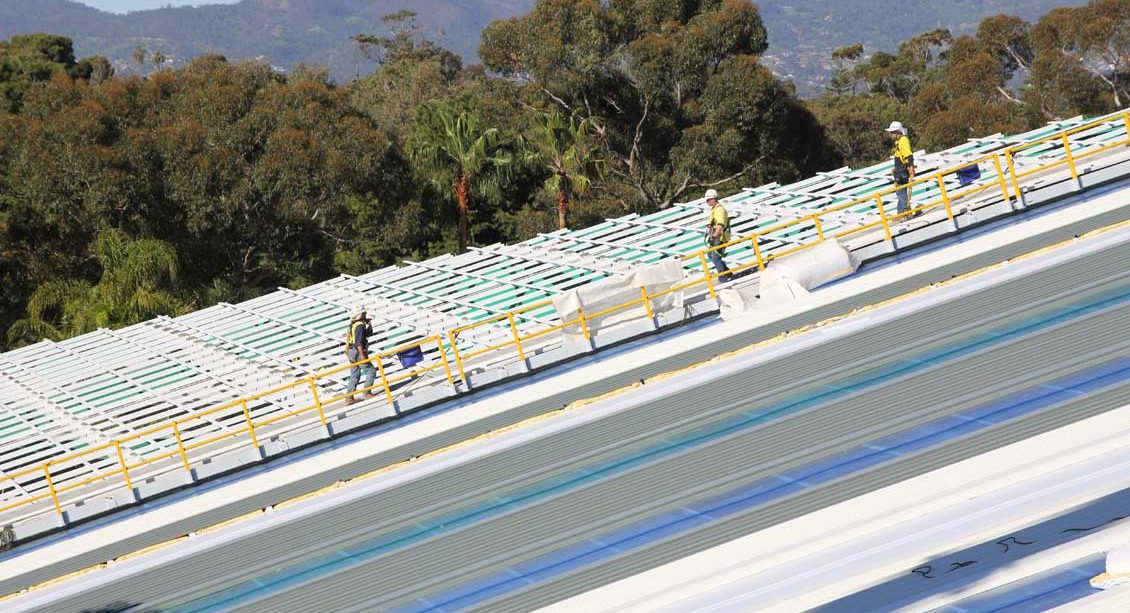 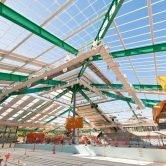 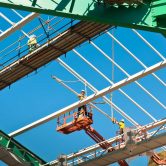 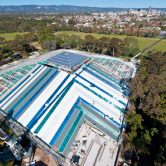 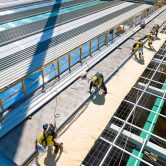 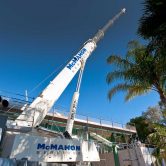 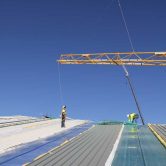 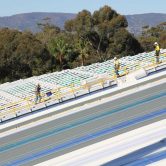 Removal and reinstatement of Aquatic Centre roof and electrical upgrade.

McMahon Services were contracted to complete a roofing upgrade at the North Adelaide Aquatic Centre. The project involved the demolition and removal of 8000 square metres of cement shingles roof tiles, timber battens, insulation blanket and stramit ceiling tiles. It also included the installation of seven kilometres of new roof purlins and some 8000 linear metres of HPS 200 king klip roofing and Dampalon sheeting.

Prior to the commencement of works McMahon services designed and built a purpose made 30 metre Access Walkway System which could be separated into three ten metre sections depending on the application. In addition, a lifting spreader beam was also custom made to raise the walkway into position and pick up the new 32 metre long Dampalon and metal roof sheets.

The Access Walkway System provided a safe and efficient way to access the roof during the demolition and reinstatement works. Anchor points attached to the system allowed personnel to travel up and down the platform in a safe manner eliminating the risks associated with working at heights.

The team also replaced the existing rafters which were structurally unstable due to extensive corrosion. This meant 8,000Lm of existing rafters needed to be removed and new steel rafters installed. Due to the swimming centres corrosive environment the specification called for all new steel to be grit blasted and coated using marine grade PPG paint protection coatings.

During the works McMahon Services also carried out an electrical upgrade which included all new emergency and perimeter lighting throughout the building.

McMahon Services’ impressive list of in-house equipment provided all access for the project. The recent addition of the 250 tonne Liebherr to the fleet and the 100 tonne Grove cranes, as well as numerous boom and scissor lifts allowed us to easily coordinate and manage the operation.

The project commenced in April with up to 30 personnel on site each day and was completed with zero safety incidents.