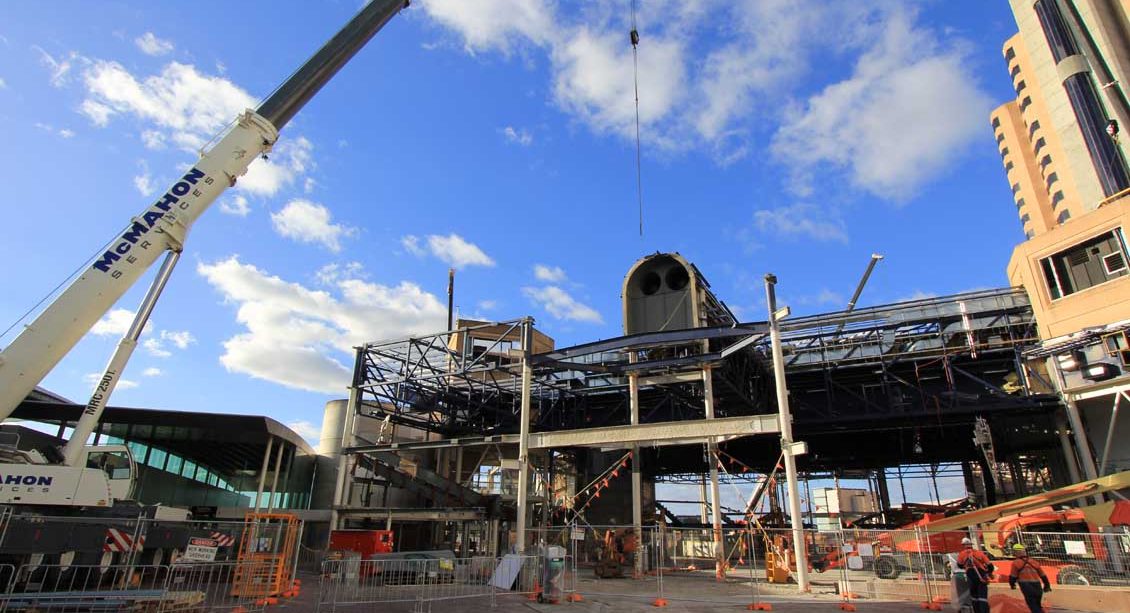 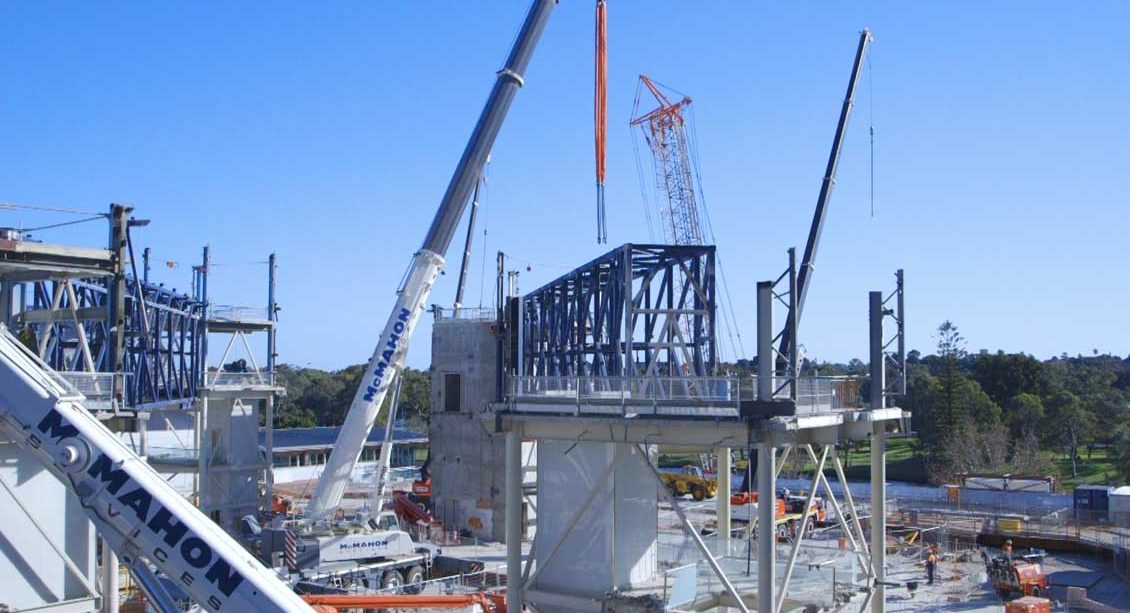 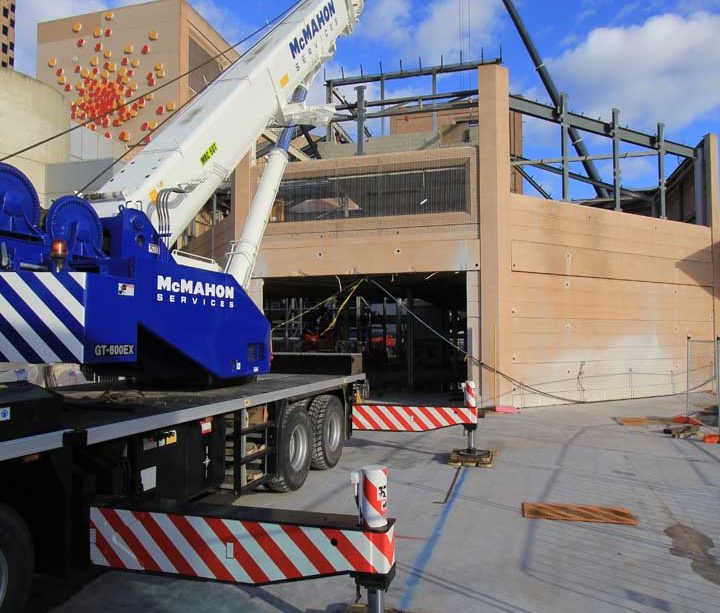 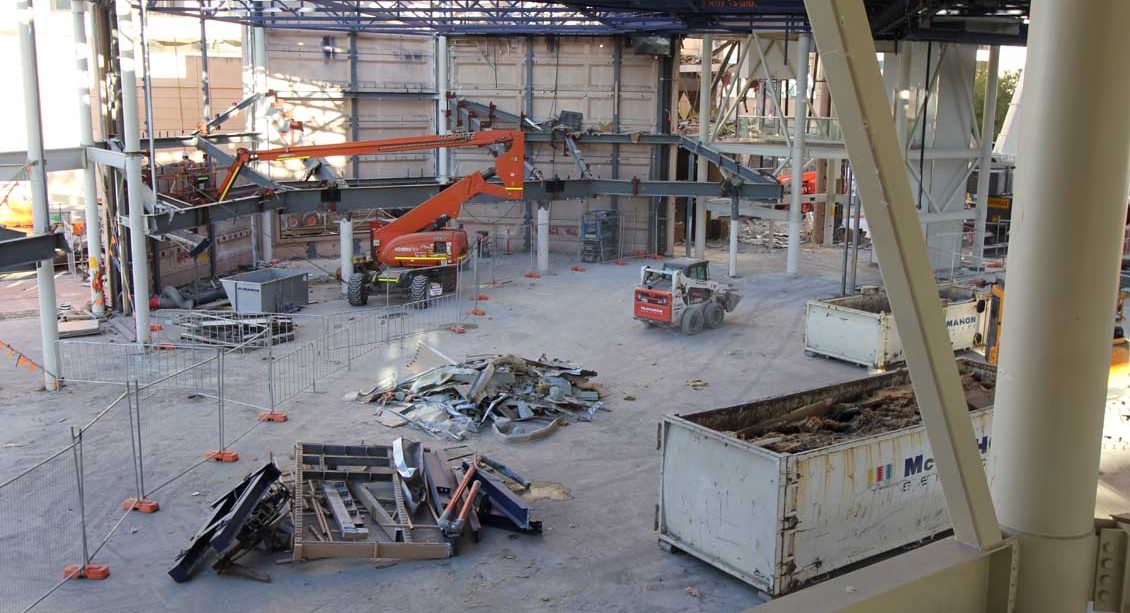 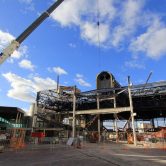 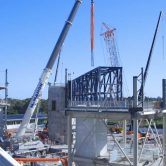 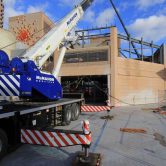 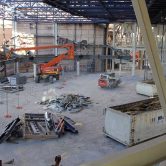 McMahon Services were engaged by Lend Lease to undertake this highly complex project at the Adelaide Convention Centre precinct. The Convention Centre is undergoing a redevelopment that will be delivered over two stages. The first stage is now complete and has been open to the public since March 2015 – the new building expanded westwards over the railway lines to link with the Morphett Street Bridge.

The demolition of the Plenary Building formed the first part of stage two of the project, and was undertaken over a seven month period, making way for new infrastructure to be constructed. It will replace the existing Plenary Building (home of the first Convention Centre in Australia in 1987) with a multi-purpose, state-of-the-art facility with plenary capacity of up to 3,500 seats, scheduled for completion in 2017.

The existing three storey Plenary Building, was originally built using a structural steel frame clad with 350 precast panels, sitting on a suspended slab. Due to the nature of the suspended slab, a traditional method of mechanical demolition was eliminated byall parties, and the method of deconstruction, the majority of this by crane, was executed.

Due to the project’s intricacy, McMahon Services were engaged to provide expert advice on suitable demolition methods during the project’s conception and feasibility stage. This Early Contractor Involvement (ECI) process required a genuine collaborative approach by all parties to enable clarification of scope, stakeholder expectations, program and budgets to develop and clearly define appropriate work methods. McMahon Services engaged a temporary works engineer, Aztec Analysis, to verify the impact of its proposed work methods on the Plaza Structure and surrounding buildings, conducting over 50 critical lift studies. This independent verification process was a critical factor, due to the nature of the suspended slab construction of the Plenary Building and close proximity to neighbouring buildings.

The scope of works for the project was as follows:

The details of the four main lifts, involving the removal of the four supporting towers included:

Enforcing and maintaining Active Demolition Zones for all workers and keeping the plant and equipment separated by exclusion zones, in order to minimise overloading of floor slabs, was part of the management of the safety of our workers and other site personnel. The extensive pre-planning and management of coordination of transport through the one entry and exit point, involved strategic communications between the gate operations personnel and laydown area personnel, showcasing the McMahon Services team work, and maintaining the flow of the project.

The complex demolition of a building of this scale over a suspended slab, in close proximity to surrounding stakeholders could not have been achieved without an intensive and collaborative approach between all parties involved. Community relations between the client and key stakeholders were a pivotal part of the successful delivery, noise and vibration monitors were positioned around the perimeter of the site, with pre-set levels to ensure the noise restriction levels were not exceeded and to ensure minimal disruption to surrounding businesses.