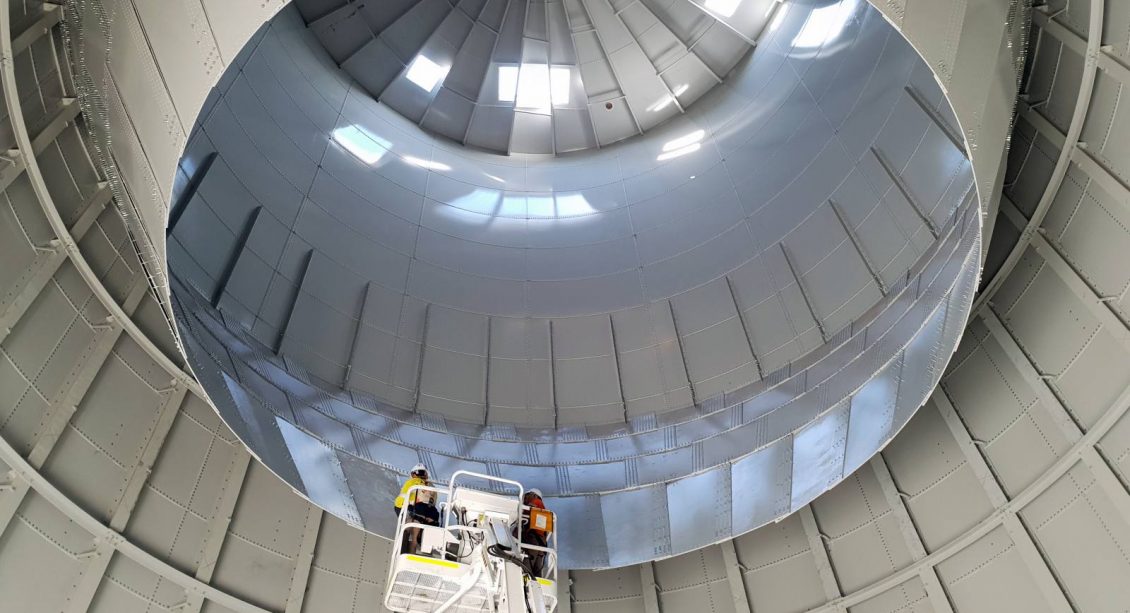 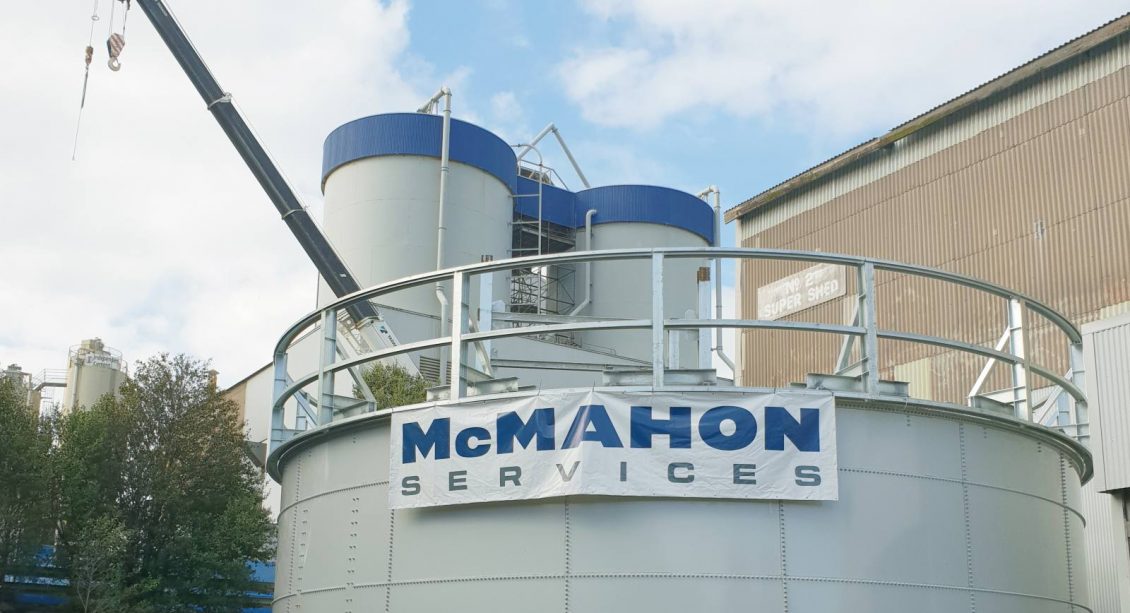 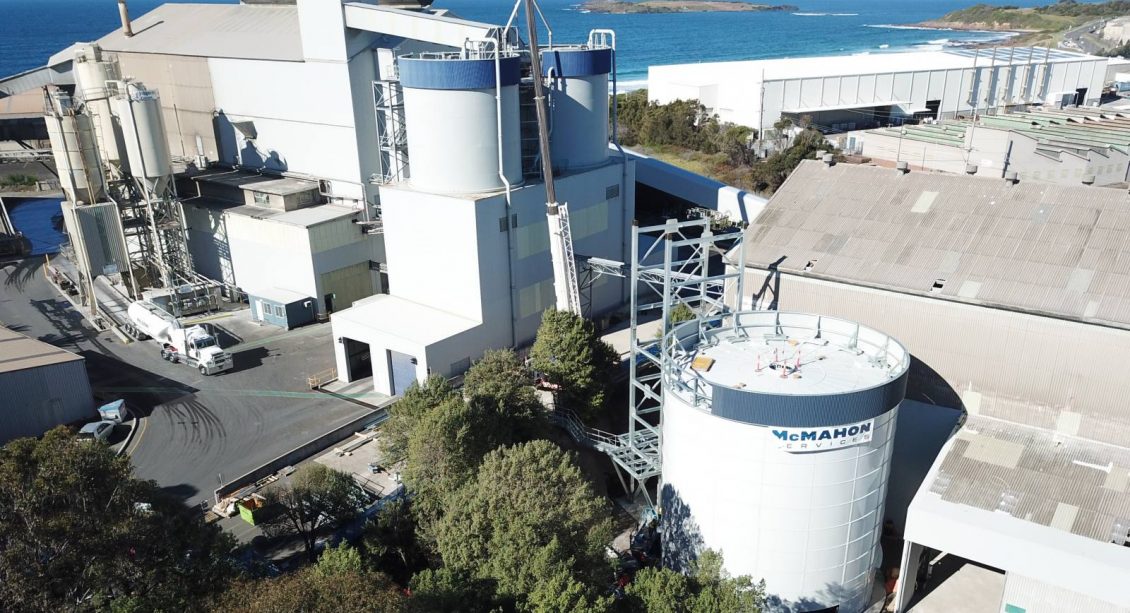 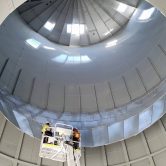 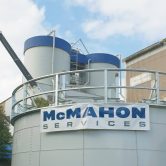 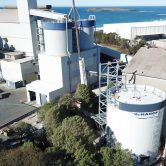 Morgan Cement International is a subsidiary of the Adelaide Brighton Group operating a cement clinker grinding facility in Port Kembla, New South Wales. The facility was first constructed in the 1920s and underwent major capital upgrades in the 1950s and the 1990s.

Morgan Cement International was seeking to increase the productivity at their Port Kembla site and engaged McMahon Services to design and construct an additional 3000t silo to achieve this outcome.

McMahon Services led the design and construct project to deliver a 3000t fully bolted steel silo 26m in height and 14m in diameter, associated mechanical equipment including air slide conveyors and a 40m bucket elevator. The silo was erected using a synchronised jacking process that allowed it to be built from ground level. This process receives the highest safety ratings by significantly reducing working at heights and bringing cost savings to the overall project delivery.

Preliminary site works included asbestos removal and demolition on the existing slag shed where the silo was to be erected. All asbestos containing material was wrapped in double layer 200µm plastic and disposed of at EPA licenced stations. Other preliminary works included bulk excavation, backfilling and a piled foundation consisting of fourteen bored piles of 1.2m diameter socketed into 4m of hard rock into geotechnically challenging ground conditions.

Structural works included design and construction of the access tower, stairs, galleries for air slides and walkways amounting to over 180t of structural steel. The 200t silo was manufactured in Kansas, United States and transported in fourteen shipping containers to Australia. Logistics included trucking and rail from Kansas to Los Angeles, shipping across the Pacific Ocean to Sydney, then trucking to the project site in Port Kembla. McMahon Services managed the entire logistics process including customs and statutory requirements and clearance applications.

565 carbon steel plates and 72,882 bolts were used to construct the silo. 38,690 nuts on exposed surfaces were covered with plastic caps to eliminate corrosion in the harsh marine environment.

Water leak tests were performed during construction of the silo ensuring each section was leak proof prior to commencing to the succeeding section. A final leak test was conducted on completion using pressurised smoke to verify sealing design requirements.

Wallbridge Gilbert Aztec were engaged as the design consultants who prepared 3D design models of the silo and associated plant. All works were undertaken within a constrained site inside an operational industrial facility with shutdown works being minimised to perform tie ins to the existing plant. The plant was designed and constructed to simplify maintenance and serviceability of equipment including interchangeability of spare parts with existing plant material.

The silo design and construction was compliant to Australian and European standards, undergoing two independent third party design reviews as well as several reviews by specialist engineering consultants during construction.

A major challenge on the project was lifting two double deck conveyor galleries each weighing 30t between the top of the new 40m access tower and the existing plant. McMahon Services worked closely with Morgan Cement International to ensure nil hold ups to plant operations and to reduce health and safety risks inherent in the lifting works.

Installation was achieved using a 450t crane in heavy lift configuration. Works were completed within a tight weekend shutdown window outside of cement trucking times resulting in nil impacts of plant logistics. Wind monitoring was conducted at all times to ensure safety with all crane operations.

McMahon Services developed and wind and weight loading chart for the silo that took into account its changing weight as progressive sections were jacked up. The chart was used to determine the minimum jacks required for each lift factoring in wind speed limits to safely commence and complete each jacking process. A wireless anemometer was installed at the highest point on site to provide wind data in real time to ensure decisions were based on accurate and current information.

Over 27,000 work hours were completed on site without incurring a single lost time injury (LTI), medical treatment injury (MTI) or First Aid Incident. Over 1371 blood alcohol content tests were performed over the life of the project.

A yellow striped frog sanctuary was situated in close proximity to the project. To protect these endangered frogs from construction traffic accidents, shade cloth bunting up to 600mm high were erected between the sanctuary and the construction. All works were planned around the sanctuary’s exclusion zones.