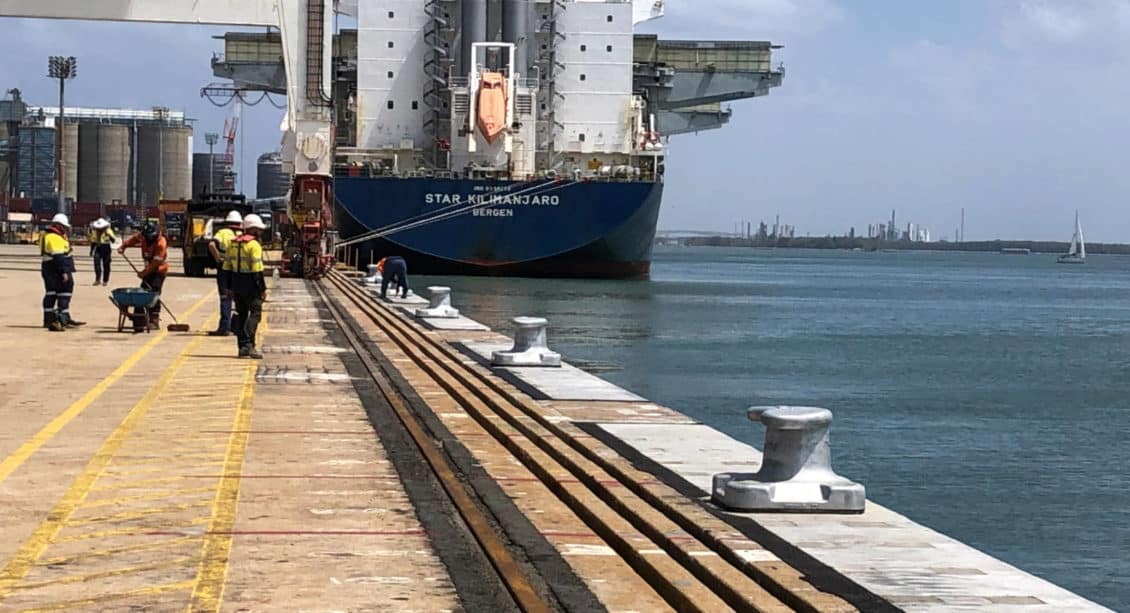 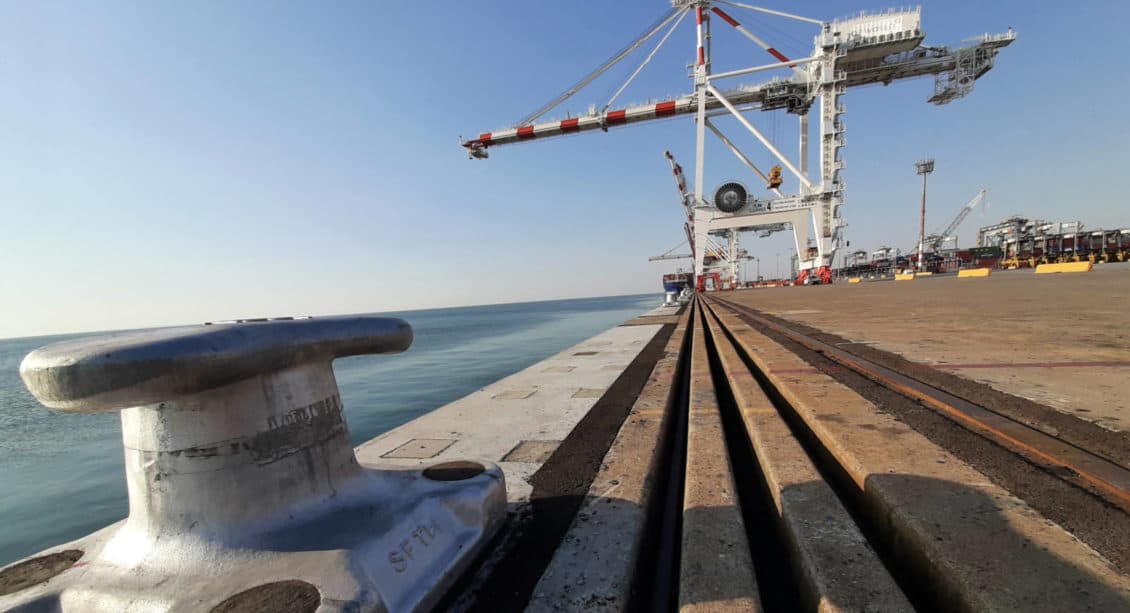 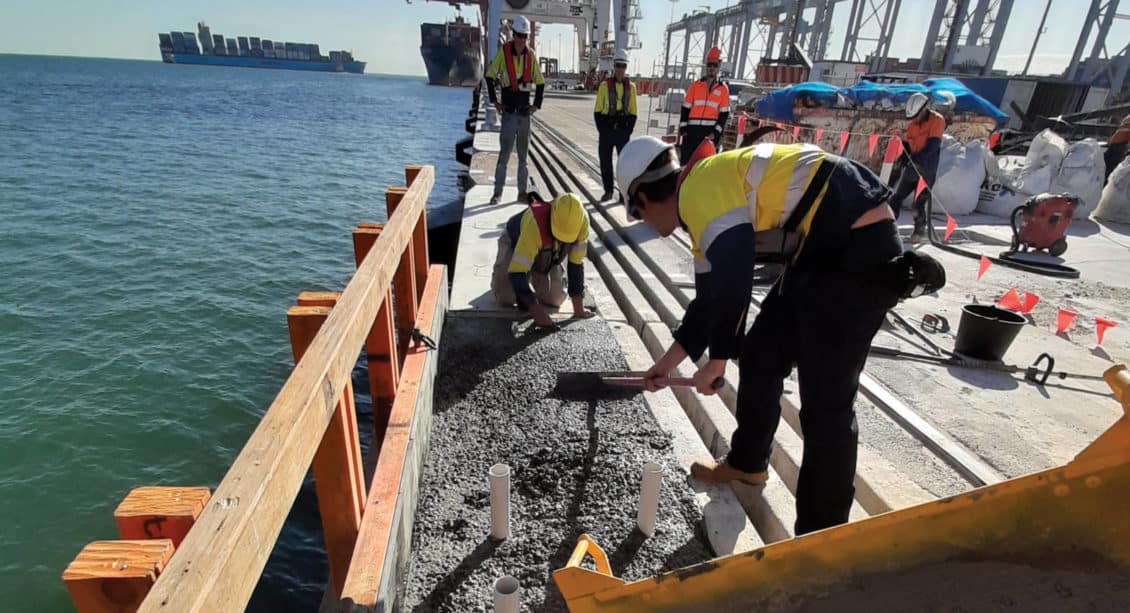 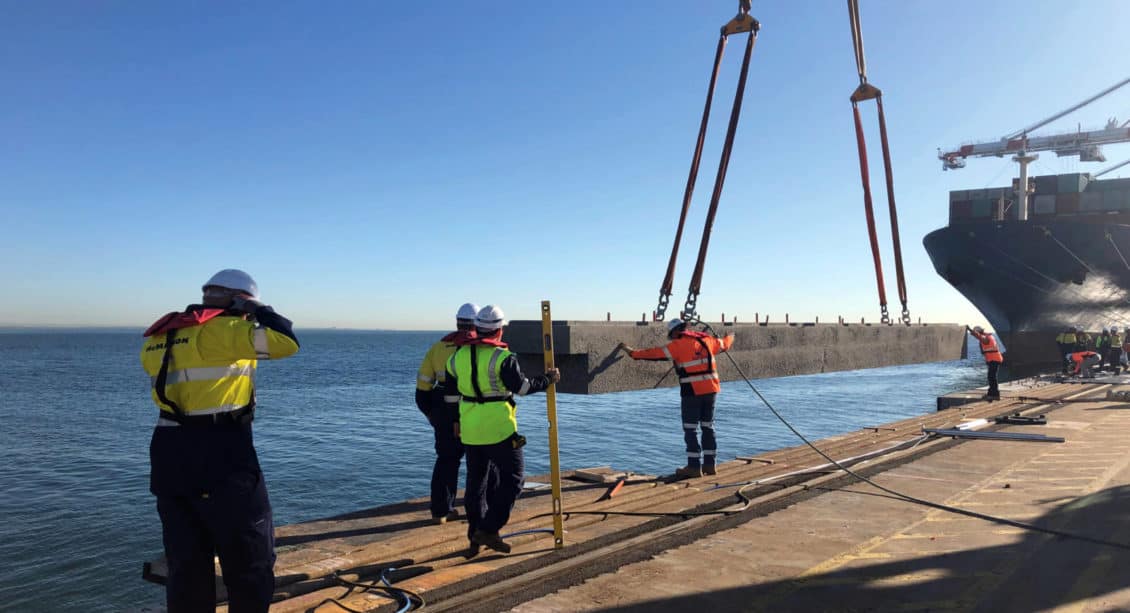 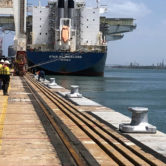 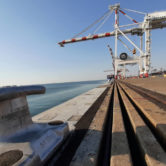 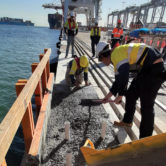 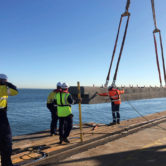 The Port of Brisbane, located at the mouth of the Brisbane River, is one of Australia’s fastest growing container ports, and Queensland’s largest multi-cargo port. Port of Brisbane handles approximately $50 billion worth of international cargo each year.

Port of Brisbane engaged McMahon Services to undertake multiple projects across the site replacing bollards and upgrading a ship filling watermain. As an international port, all personnel had to meet Maritime Security Identification Card (MSIC) requirements. Works undertaken on an operational port were completed with zero Lost Time Injuries and nil environmental incidents recorded against the project.

McMahon Services were engaged to remove existing bollards and replace them with customised 150t bollards on Wharf 4 through to Wharf 12. A total of 2.5km of wharf frontage was upgraded to accommodate the large 8500 ECU Worldwide shipping vessels without disrupting wharf operations.

The wharves are operated by three different operators. The setup of the wharves, type and arrangement of the existing and new bollards differed for each wharf. Works were delivered in accordance with the shipping loading and offloading and operational requirements of each wharf operator.

Works included the removal and reinstatement of existing 100t bollards and upgrading them to 150t capacity. Works included:

Due to the variation in the existing deck and mooring areas, level pedestals needed to be built to the best fit of the mooring areas which required a very detailed survey to be compliant with the project tolerances.

Position of anchors between existing concrete platform and precast pedestals had a highly comprehensive analysis as limited reinforcement was allowed to be cut. This created a different set-out for each pedestal structure which required rigorous quality assurance.

Along the quay line at the front of Wharves 4 and 5 on the DP World site were two 100mm diameter water mains used to supply fresh water to ships and saltwater for firefighting supply. Both pipes were constructed from asbestos cement piping and therefore required replacement.

A minimum of five water mains remained operational at all times so port operations were not affected during the works. The project team provided back-up fire-fighting resources should they be required.