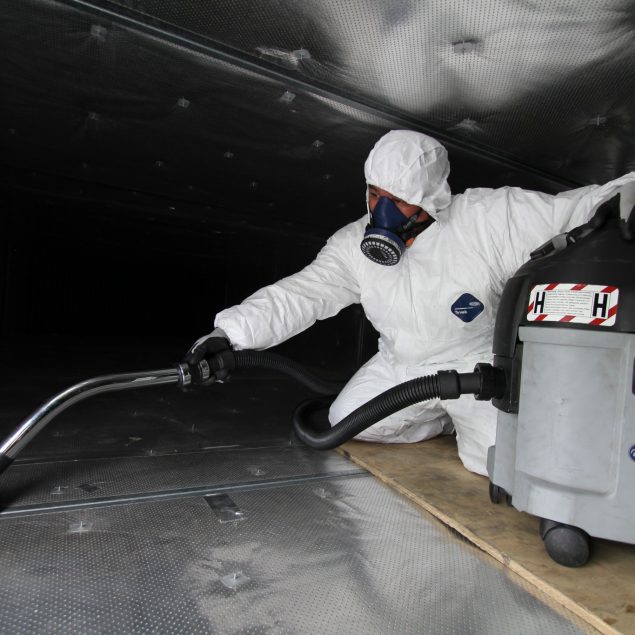 McMahon Services was contracted to conduct an extensive and difficult decontamination of one of the State’s most iconic heritage listed buildings, afters tests confirmed that traces of asbestos fibres had been found in the House of Assembly ceiling plenum at Parliament House in Adelaide’s CBD.

The source of the asbestos contamination was a canvas awning located in the ceiling, which was coated with paint containing an asbestos content. The awning was as old as the chamber itself and was deteriorating, with flecks of paint falling into the plenum.

The first task for McMahon Services was to remove an incredible 900 bags of contaminated seaweed from the chamber ceiling space, before decontaminating the ceiling, walls and fixtures, including all heritage fixtures and furnishings.

Seaweed was once a very popular insulation material, dating back hundreds of years, which was covered with arsenic to deter rodents and pests.

The team then carefully commenced decontamination work of the 138 year-old heritage ceiling above, which was very fragile, requiring a specialised crew using paint brushes to brush dust into a vacuum cleaner.

McMahon Services was also contracted to decontaminate the air conditioning system, including parts of the original system that was built into the Chamber when the building was erected back in 1874.

The Speaker of the House, the Hon L R Breuer MP congratulated McMahon Services along with other trades for the successful completion of the project in her address to the House of Assembly, welcoming Members back into the Chamber.