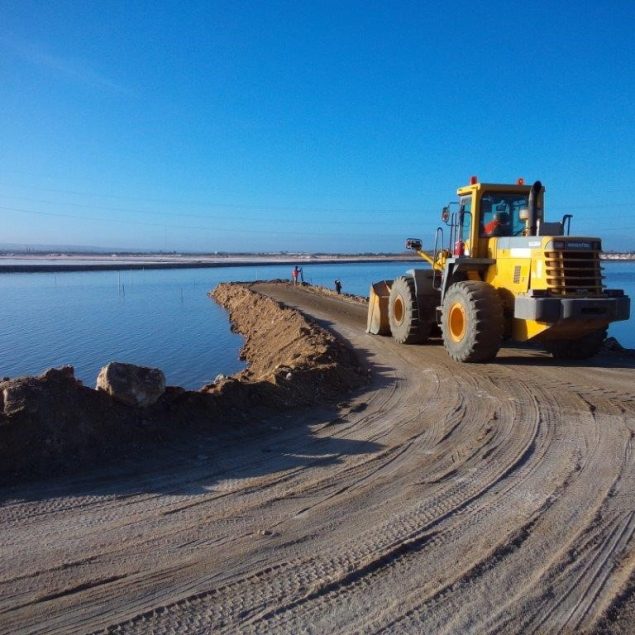 The proposed road alignment intersects the Ridley Salt Pans, providing complicated geotechnical conditions. As part of the early works to facilitate appropriate road design, Intract Australia were contracted directly by the Department of Planning, Transport
and Infrastructure to construct three trial embankments along the proposed road alignments through the salt pans.

Each embankment was constructed in three stages at pegged locations
specified by the client initially filling to approximately three metres in
height. The first stage consisted of the initial fill and then the areas were
allowed to settle for a period of four weeks before a further one metre high layer was placed with a final one metre layer added after a further four weeks.

Approximately 40,000 tonnes of brine mud was used from on-site stockpiles with between 500 and 700 tonnes of material placed each day. 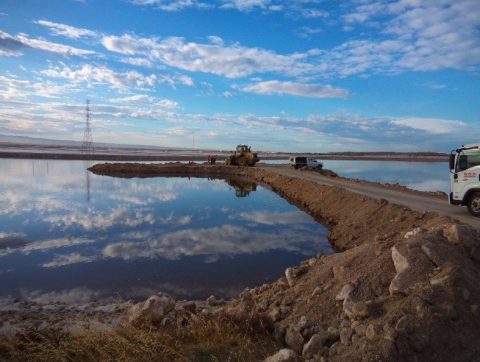