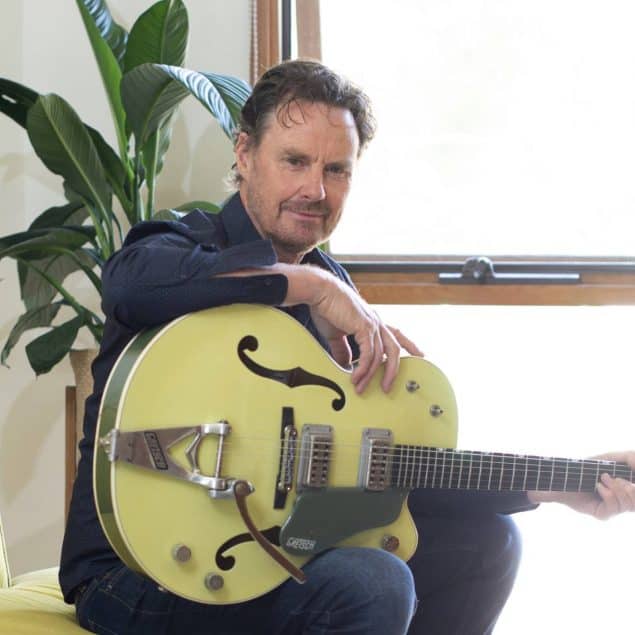 On Tuesday 30th July, McMahon Services and Intract Australia personnel, who are based out at Woomera, were treated to an exciting night at the Woomera Theatre, with one of Australia’s finest singer and songwriter, Neil Murray.

Neil is a founding member of the pioneering Warumpi Band, who brought Indigenous contemporary songs such as, My Island Home, Blackfella Whitefella and Fitzroy Crossing into the Australian mainstream music industry.

Neil was joined on stage with opening act ‘The Dusty Feet Mob’, an Aboriginal dance group from Port Augusta, who brought the house down with their unique dance style, mixing traditional and modern choreography.

‘To the uniformed foreigner this landscape near Pimba may seem a harsh wasteland; but to the Kokatha owners – it is dear country. I play Woomera tonight alongside Dusty Feet Mob…’ Neil Murray

McMahon Services and Intract Australia, who are currently undertaking works within the Woomera region, are proud to have been major sponsors of this community event, which not only provided a night of quality entertainment, but also raised much needed funds for the Lincoln Park Horse and Human Rehabilitation Centre in a fun and interactive way.

The event brought together over 100 community members, and brought some excitement and life back into the old Woomera Theatre.

At total of $1,631.65 was raised for ‘Lincoln Park Horse and Human Rehabilitation Centre’.

‘It’s great to be involved in such an incredible community event, especially in such a tight knit community’ – John Briggs, Chief Executive Officer, Intract Australia. 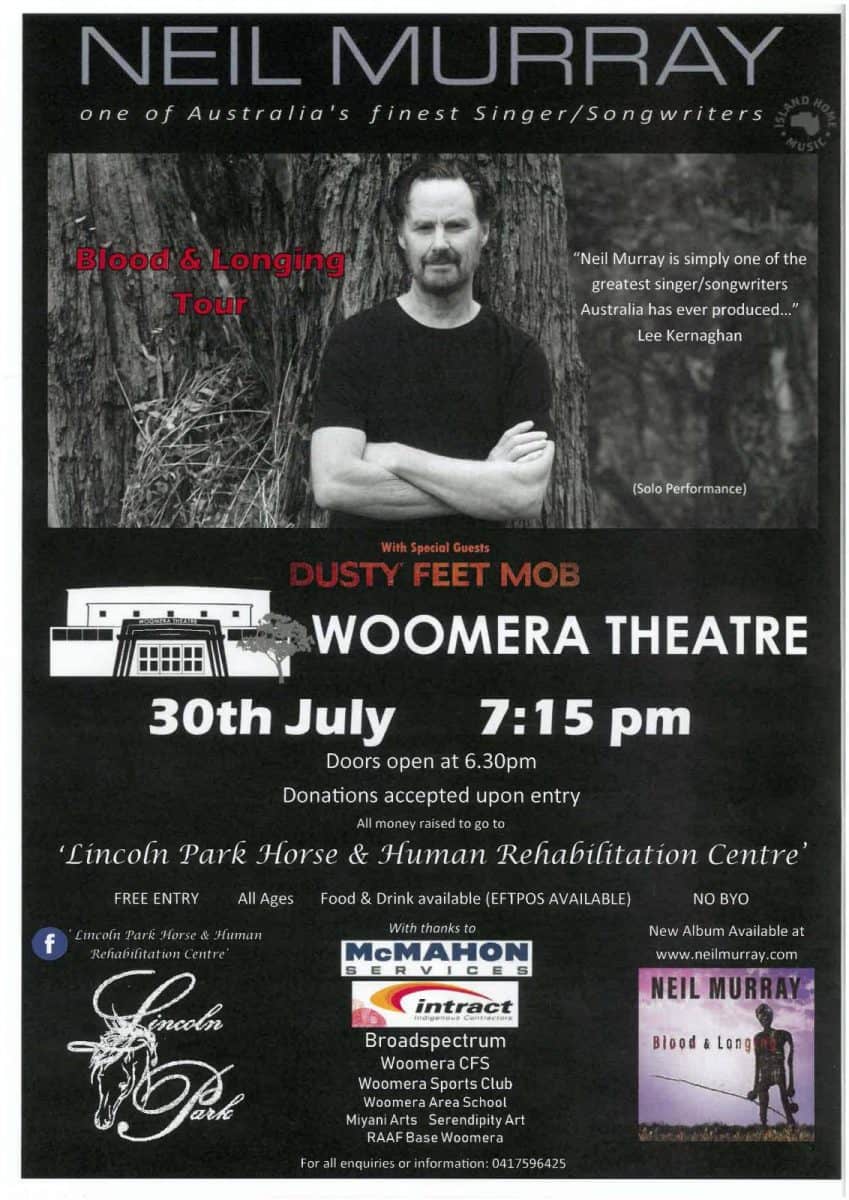