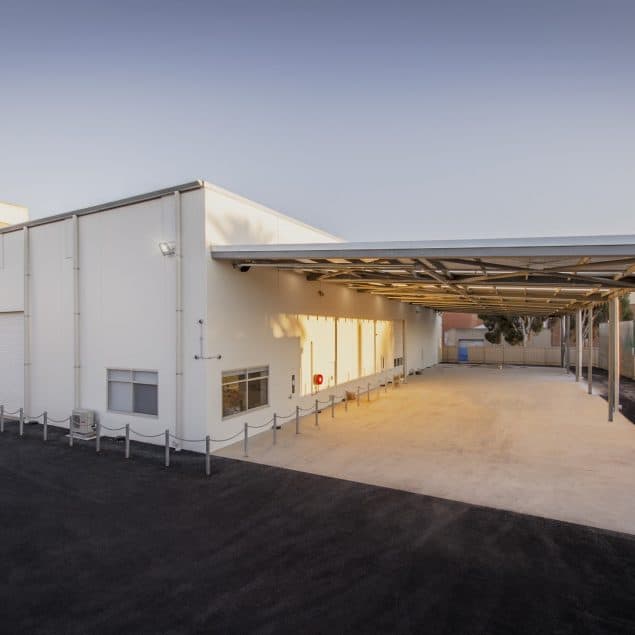 Heritage listed walls, a fully operational facility, and an enclosed site requiring both demolition and re-construction didn’t faze McMahon Services. With noses to the grindstone – the McMahon Services team successfully delivered the client a state-of-the-art facility, where old and new blend seamlessly into one.

MAURI anz’s existing warehouse demolition was no ordinary knockdown. It required the conservation of two external heritage listed walls and footings at the Port Adelaide facility, which had to remain fully operational throughout the entire project.

The 20-week programme provided multiple challenges. To safely undertake the demolition, the team meticulously air-gapped both heritage walls to protect them before the rest of the warehouse was deconstructed. The McMahon Services team used strict segregation and dust control measures including wet demolition techniques such as deploying water cannons to safeguard MAURI anz’s operations. Once the team shored up the heritage walls, work got underway on constructing the new warehouse.

During early phase of the earthworks the existing footings alongside the heritage walls were discovered to be of poor structural integrity and unsuitable for the new warehouse structure. McMahon Services worked closely with the site engineer to remove the existing footings to a depth of two metres and then import 400 tonnes of rubble in preparation for the construction of the new footings.

The new 1,300 square metre warehouse was constructed from prefabricated structural steel and precast concrete wall panels and assembled on site by their in-house crane and rigging team. The efficient construction method saw 85 lineal metres of precast walls delivered and erected on site in just one day.

McMahon Services’ roofing and cladding division worked in collaboration with the in-house cranage and rigging team to install over 1,800 square metres of roof and wall cladding on the new warehouse and 400 square metre canopy structure.

McMahon Services’ in-house carnage and rigging division formed a key component of this project throughout both demolition and construction phase. The 60 tonne Tadano and 25 tonne Franna were utilised in tandem, performing hundreds of lifts by our team of crane drivers and riggers.

As a variation to the original scope of work, McMahon Services refurbished multiple existing grain storage tanks and converted them into additional pallet storage providing an innovative solution for the client. To complete the project, over 2,500 square metres of asphalt was removed from the perimeter of the warehouse and reinstalled along with a new perimeter fence