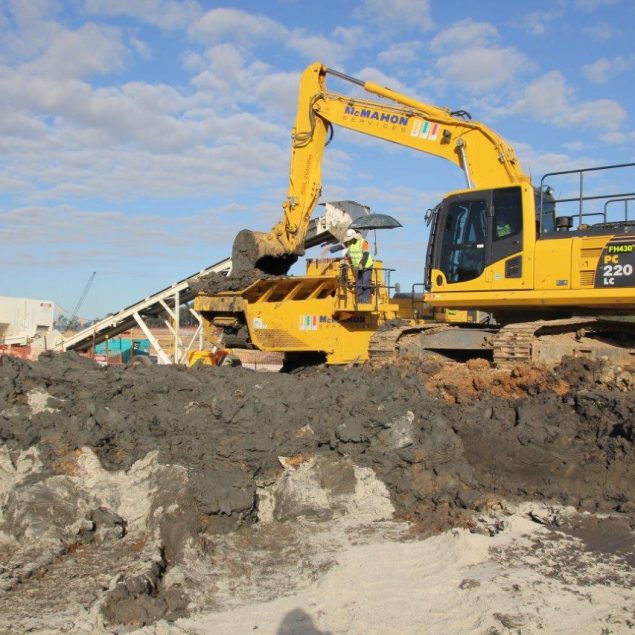 McMahon Services has become one of the first contractors engaged for the highly anticipated Australia Pacific LNG Project in Gladstone.

The APLNG Project will see the creation of a new, long-term gas processing and export industry in Queensland and as Australia’s largest construction project on record, it’s valued at over $20 billion.

A team of seven from the Civil division mobilised to Gladstone from Adelaide to undertake the works, along with the Reterra – a high tech soil conditioner capable of achieving the same mixing quality as traditional industrial plants, but in a more time and cost effective method, and with dust and noise reduction functionality.

McMahon Services has extensive experience in handling difficult material and the PASS material was no different. It was known that the material was wet/sloppy marine sediment and that the acidity within the PASS was highly heterogeneous.

Prior to works commencing, the project team established the site including, building rubble pads and drainage ponds, before assembling the conveyors and feed hoppers into the final work set-up. The Reterra was then moved into position, along with a 22 tonne excavator into the loading position and 17 tonne loader.

The team worked hard to cart in the material to be processed and the stockpile of lime for dosing the soil. A dry run simulation was then performed as if in full production to check the operating systems before processing the massive load.

To treat the PASS material, the project team adopted an innovative method of adding a calculated dose of aglime (calcium carbonate) to the material.  Instead of using the Reterra’s own reagent dosing system, an external feed hopper and conveyor system was developed to dose the aglime, as the soil demanded a relatively high ratio.

The treated material was moved using a loader into individual stockpiles measuring 250 cubic metres each. All stockpiles were given an identification number and tested in accordance to the specification. Results confirmed that approximately 15,000 cubic metres of raw Acid Sulphate material was successfully treated.

The project team faced several challenges from rocks and geo tech mats hidden in the mud and wet and sloppy mud all causing production to stop and start, to the team working in extreme heat for the duration of the works. 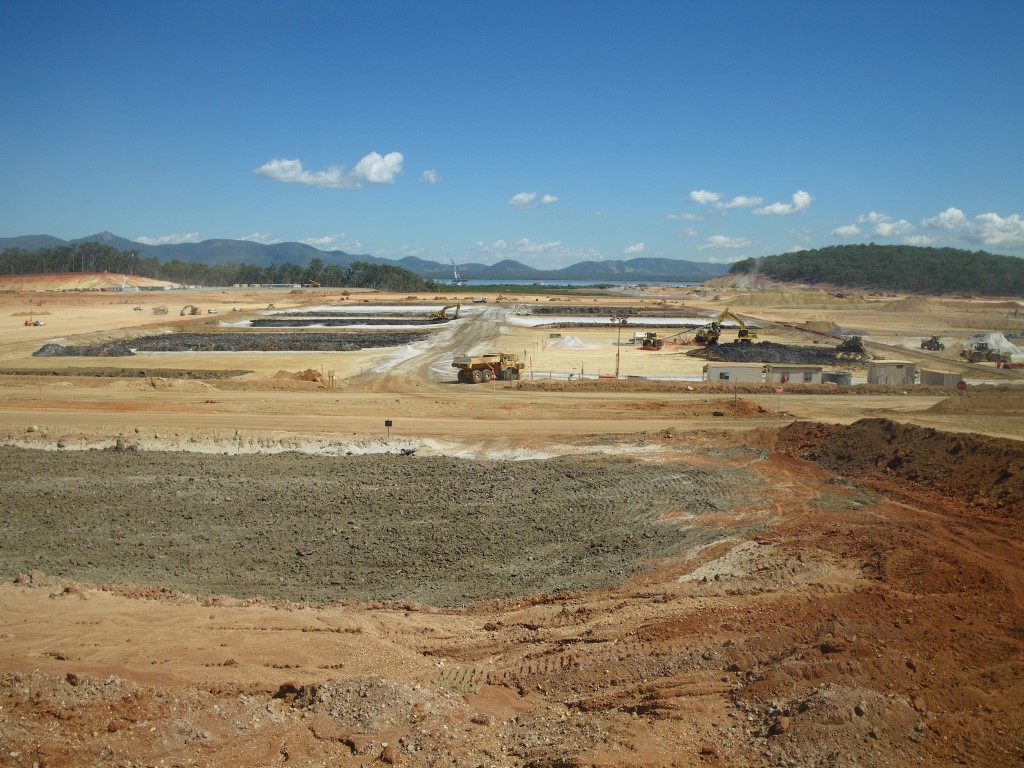 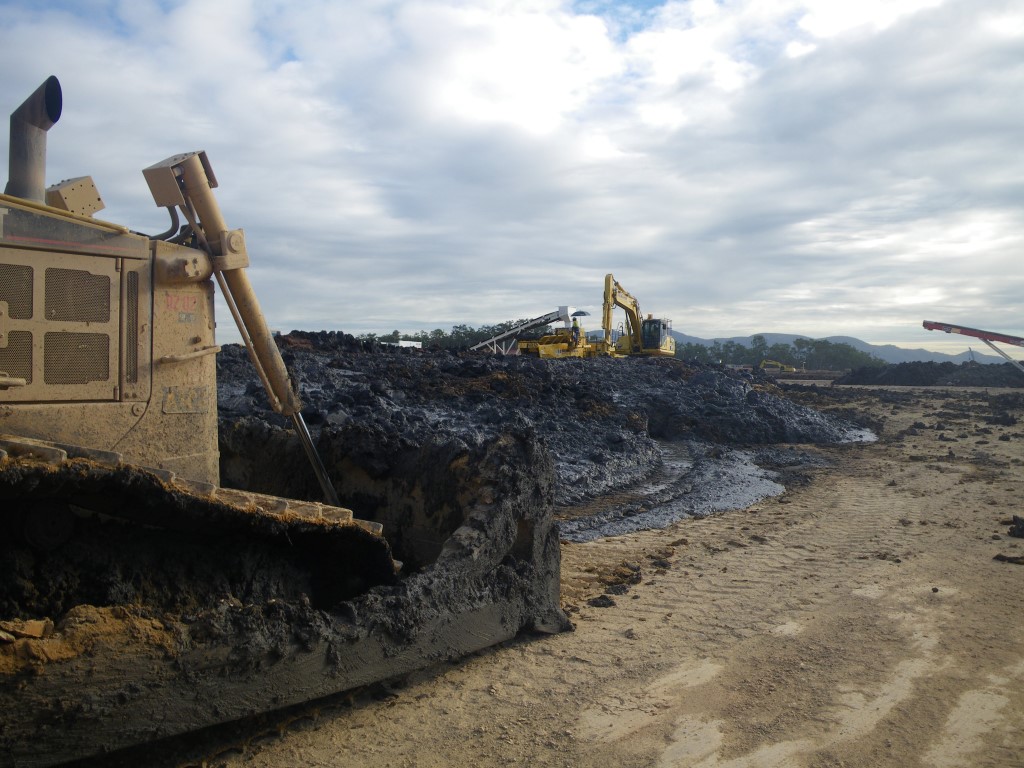