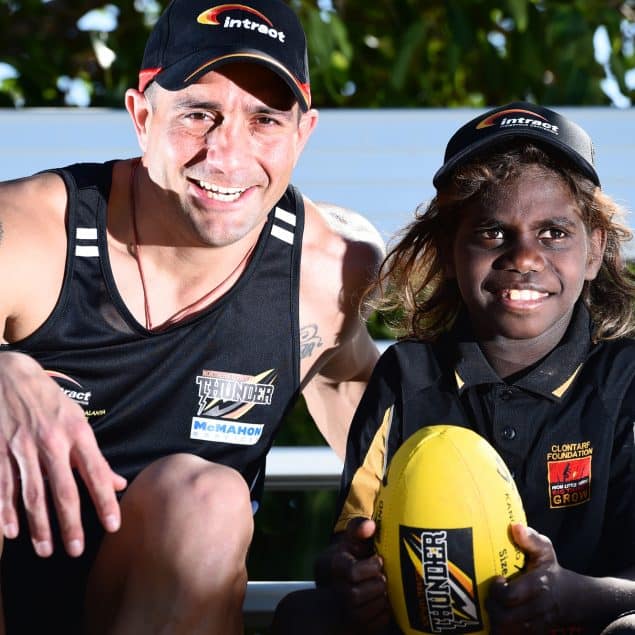 Principal of Gunbalanya School, Sue Trimble said that the chance to meet a Territory icon ‘in the flesh’ meant a lot to the kids. “For the children, it means seeing a real, live role model that they look up to and aspire to be. Football is a really strong sport here, so to have someone that you have actually watched on TV come to visit them is awesome,” she said.

“I love coming home and giving my time to what I love doing, which is community work,” he said.

“To be able to deliver some of the messages Intract and NT Thunder are both trying to promote in the community has been a great opportunity.

“We can see what footy does for remote communities and the opportunities it creates for people and what it exposes them to.

“Everyone talks about closing the gap and Indigenous disadvantage and that’s what it’s all about – having Indigenous businesses and enterprises providing pathways.”

“There are some very strong comparisons in terms of the cultural challenges that we have as an employer, as Thunder has as a football club trying to get players from some of the most remote places in Australia,” he said.

“The clinics are very important. It gives some of the youth who aspire to be footballers an opportunity to be a part of something special.” 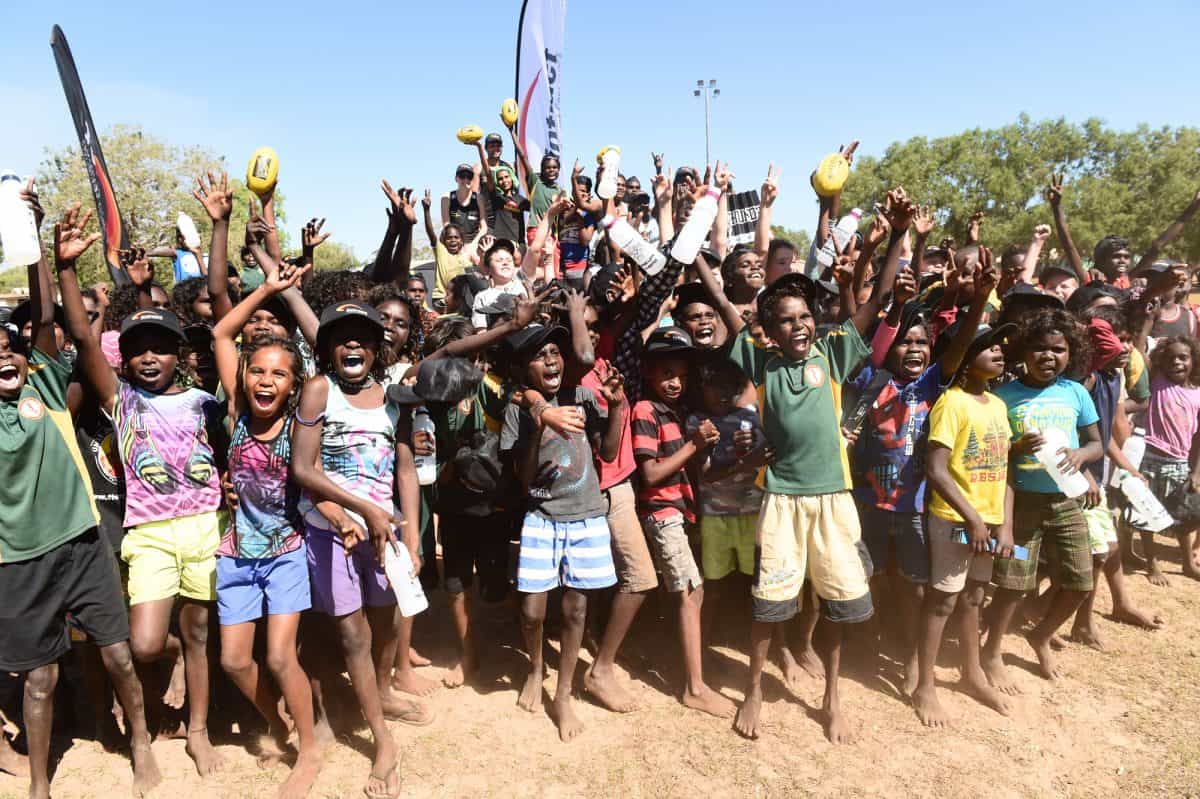 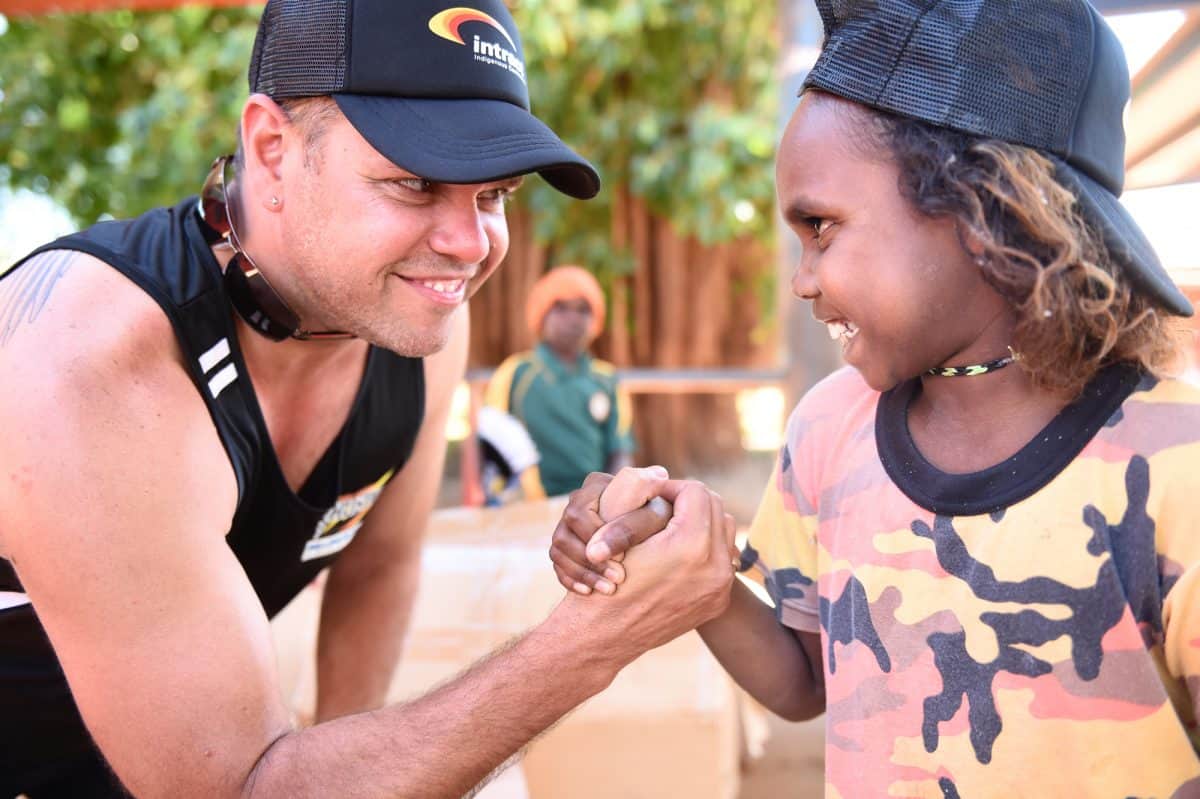