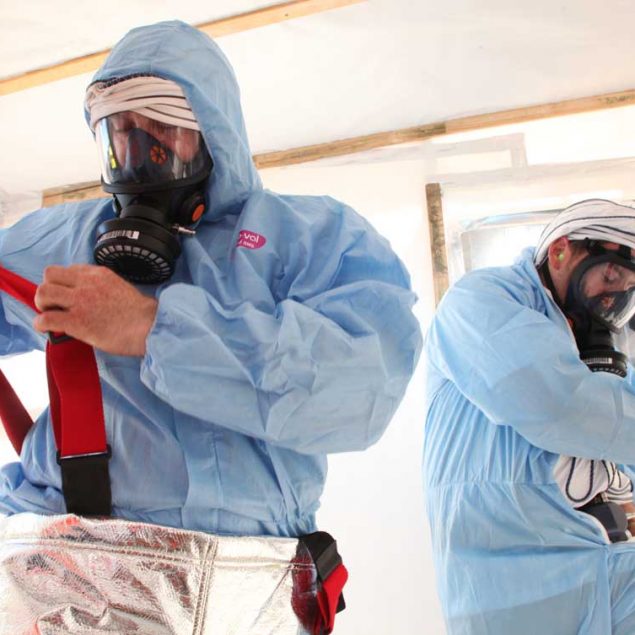 McMahon Services has passed the ultimate asbestos removal test at Incitec Pivot’s Gibson Island ammonia plant near Brisbane. The job, which is believed to be the largest asbestos removal project of its kind in the world, required the removal of asbestos pipe lagging and the re-insulation of over 2.5 kilometres of pipes on the plant. All friable asbestos had to be safely removed and disposed of each day and up to 60 personnel were working on the project at peak times.

We’re pleased to say we not only got the job done, but also did it on time and on budget, and achieved this despite a number of testing challenges. The work was successfully completed within the nonnegotiable seven-month timeframe in readiness for Incitec Pivot’s plans to shutdown the plant.

With the plant located near the mouth of the Brisbane River, staff had to endure Brisbane’s notorious storm season while also managing 450-degree steam lines within working enclosures. To do this, staff were equipped with state of the art protective equipment including cool suits, thermal protection suits and supplied breathing air. In addition, over 60 separate enclosures were constructed around pressure sensitive pipe work and able to withstand heavy downpours.

All this (and more) was carried out while the site was still active with continuing day-today operations.