The Demolition division has completed the first ever charge cutting project in South Australia, leading an explosive charge felling at the former Kimberly-Clark Tantanoola Pulp Mill.

McMahon Services engaged a specialist contractor to assist with the project, which required around six months of planning and around 24 kilograms of explosives to bring down the Boilerhouse, totalling around 1000 tonnes of structural steel.

To prepare the Boilerhouse, McMahon Services in conjunction with KCA trades, stripped the building of most non-structural materials.

Once cleaned out, the structure was fitted with copper wiring and explosives which would act as kick-charges when the charge cutting commenced. Within seconds, the Boilerhouse became a stack of steel and other materials reduced to rubble with the click of a button – with over 80 spectators there to see the action-packed spectacle.

Attached to the Boilerhouse was an Annex and positioned ten metres to the East, a Recovery Structure, which also went down with the blast.

Safety was critical, with approvals required from SafeworkSA to complete the works. All roads surrounding the perimeter of the site blocked off and every precaution taken to minimise dust and noise to surrounding properties.

The use of explosives was chosen as it was a safer and more time efficient method, with the high explosives firstly taking out the legs of the building and then falling to the ground. A nearby transformer station was protected by sea containers as a precaution for any fly material.

A 500 metre demolition exclusion zone was also established just prior and after the felling of the structure.

The final stage for the team of eight is to shear and load out all of the demolition materials including the steel, concrete, mineral fibre and cladding, ready for handover. 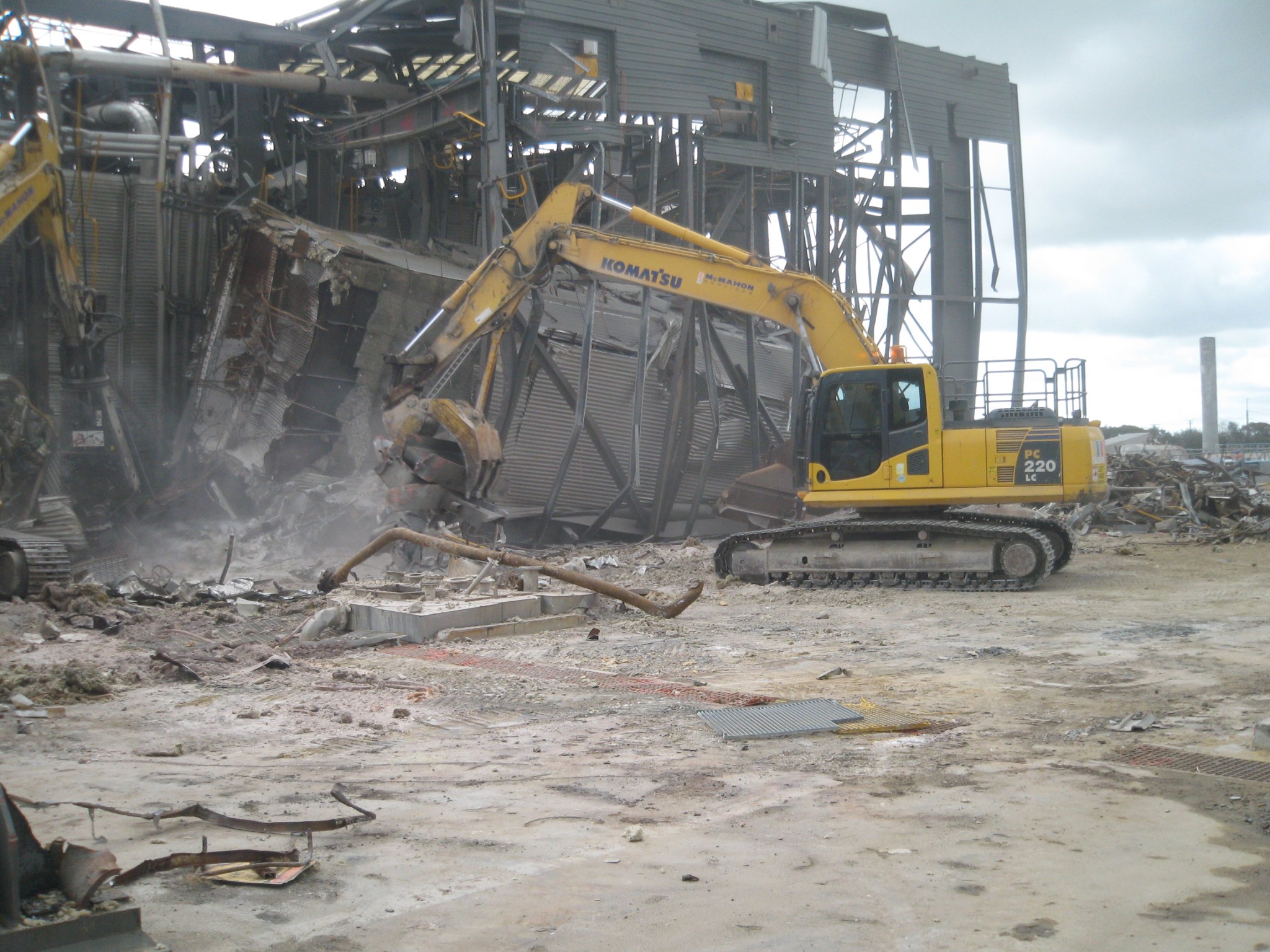 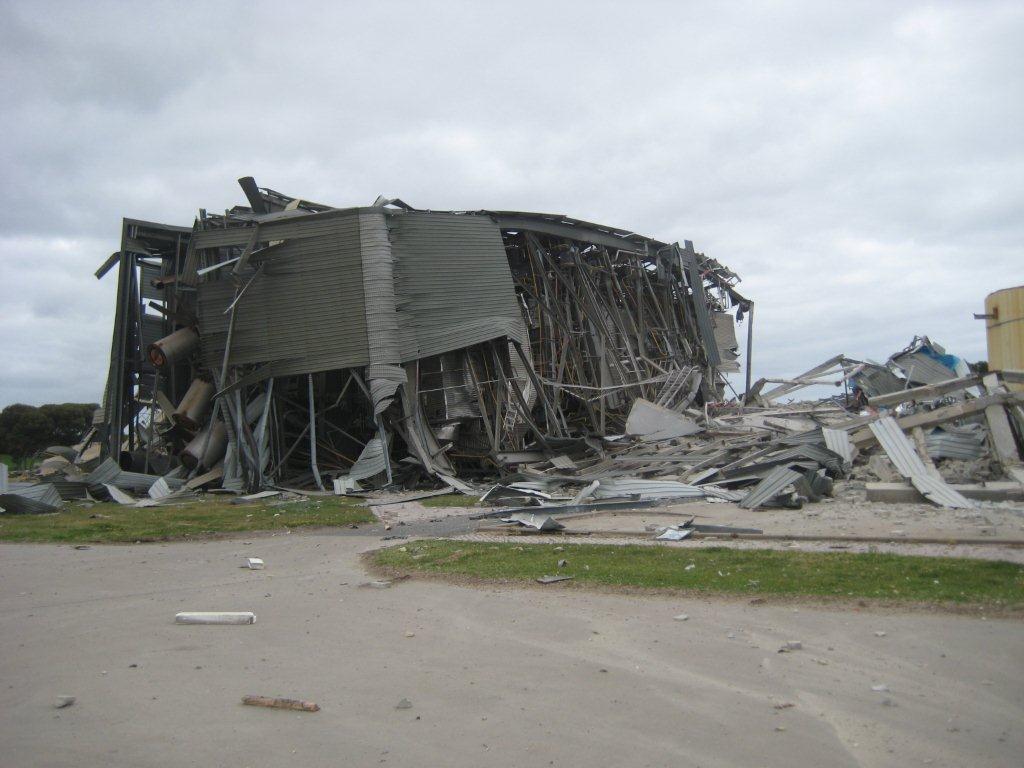