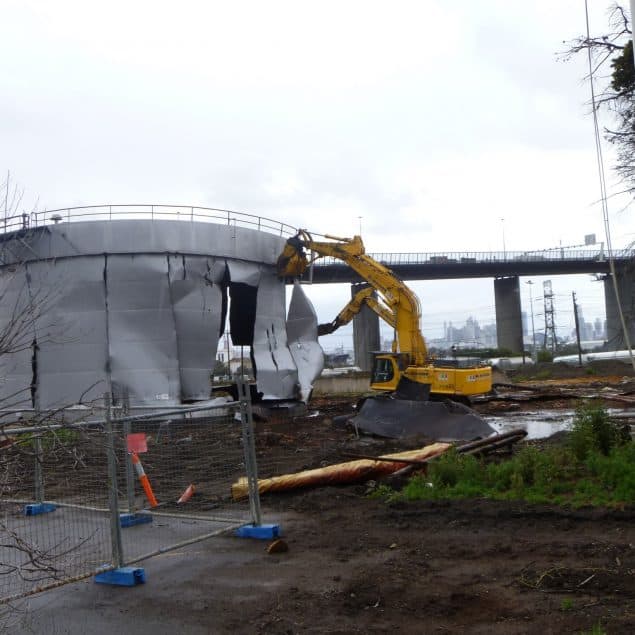 When McMahon Services arrived at a redundant Oil Terminal, North East of Melbourne to remove asbestos and disused tanks at the site, they got more than they bargained for. Additional contamination throughout the location including asbestos in an unexpected place and residual hydrocarbons in a six million litre tank were some of the challenges the team faced.

The terminal was decommissioned back in 2008 and after successfully completing stages 1 and 2 of the site demolition, McMahon Services was commissioned again by the client to undertake stage 3 – the demolition and removal of 48 storage tanks. But before the team could tackle the tanks they first had to remove 5,265 square metres of asbestos cement roof sheeting from seven different buildings at the facility.

Then around 550 metres of Synthetic Mineral Fibre (SMF) had to be eliminated from a redundant network of oil lines. For the 48 above-ground storage tanks, the team had to design a specific demolition sequence which accommodated the tanks’ conical shape and floating roof features. Two Komatsu excavators set to work to complete the demolition. One of the excavators, a Komatsu PC450, had a purpose-built extension arm fitted with Bis- Alloy Cutting Tyne. The other excavator, a Komatsu PC800, featured a mechanical grapple for processing scrap steel from the tanks.

Once demolition got underway, what the team hadn’t expected was the discovery of friable asbestos seals within the floating roof seals of two tanks. An immediate quarantine zone was set up around the seals and excavators fitted with purpose built HEPA filters on the air-conditioning inlets followed strict protocols to safely remove the asbestos. Finding 20,000 litres of bunker fuel oil and 30,000 litres of coal spray oil in a six million litre tank called for an effective solution so that demolition could proceed. Hydro-vacuum trucks were mobilised for the clean-up and successfully neutralised this final environmental hazard. 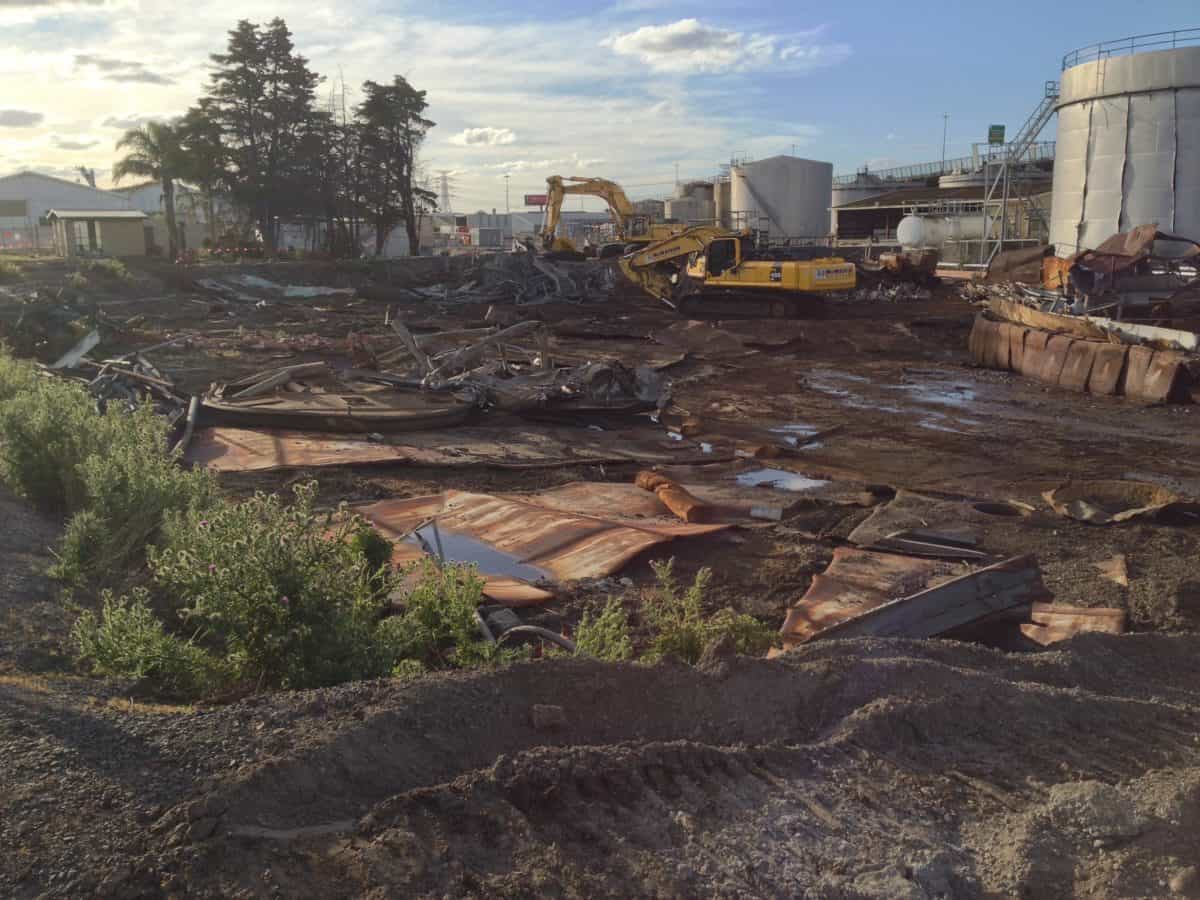