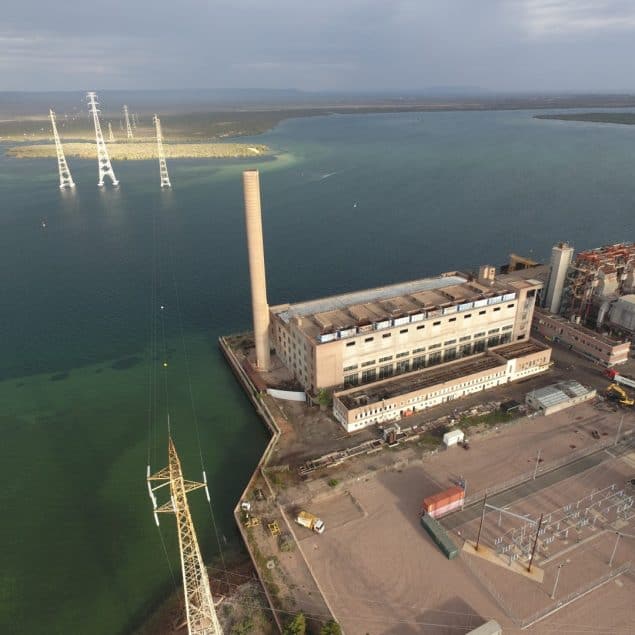 McMahon Services and Flinders Power are working in alliance to set a new standard for the closure of electricity generation operations. This supports our aim to set a benchmark for safety and best practice for future coal fired power station and associated mine closures in Australia.

The Augusta Power Stations have a long and valued history providing reliable generation to the South Australian and National Electricity Market. The 90MW Playford A Power Station was commissioned on reclaimed land at the northern tip of Spencer Gulf in 1954. The site was subsequently expanded to accommodate the 240MW Playford B Power Station, which was commissioned in 1963. Generation was secured through the utilisation of the Leigh Creek Coalfields, and the construction of a 250km dedicated rail line connection. In the early 1980’s an adjacent site was prepared at Port Augusta, culminating in the construction of the 520MW Northern Power Station in 1985.

This is a unique delivery model for McMahon Services, with an Alliance Leadership Team formed with Flinders Power who share our strong commitment to delivering the project in accordance with our core values of Safety, Teamwork, Leadership and Integrity.

McMahon Services were engaged in September 2015 to conduct an extensive early works phase. The early works agreement enabled McMahon Services in partnership with Flinders Power to meticulously investigate and plan the works required for the safe and effective decommissioning of the Augusta Power Stations.

The early works agreement was completed over a six month period with key management staff on site working with Flinders Power during operations and shutdown period. Detailed programs and cost plans were developed during this period which complemented a full suite of project plans endorsed by client, regulator and independent consultants.

The site has a long and proud history and is prominent in the region. The closure program has a high degree of community interest and The Alliance commits to engaging in an open and collaborative fashion.

McMahon Services and Flinders Power have worked closely with specialist demolition contractor Precision Demolition to undertake some of the largest and most complex charge felling works in Australia. In September 2016 the significantly deteriorated 60 year old Playford A Stack was successfully and safely felled, reaching the first major milestone in the two year decommissioning program of the Power Stations.

Flinders Power Managing Director, Michael Riches said “felling of the stack early in the two year program allows for more efficient demolition of other areas of the site and enhances safety for personnel working in and around the ‘Active Demolition Zone’ at Playford.” said Michael.

Plans are currently in place to fell the remaining two exhaust stacks, being 200 metres and 79.25 metres in height. Detailed engineering and design works are underway for the separation and felling of two off 80 metres high hanging boilers with structural steel columns up to 2 metres in section and 70mm thick. The project will see the use of approved on-site magazines along with international shipments and licenced import of explosive charges.

We have a wide range of cranes, working at heights equipment and heavy haulage plant. Further to this fleet, McMahon Services, in partnership with Komatsu have commissioned the largest excavator shear attachment in the world; specially designed to fit our new 400 tonne demolition excavator. McMahon Services have provided dedicated on-site mechanics and boilermakers on the project to ensure machines operate with minimum stand-down time and at maximum safety standard.

The Alliance provide regular project updates to workforce and local community in the form of newsletters, regular face-to-face meetings with local government authorities and emergency services, as well as frequent project status reports to stakeholders and regulatory bodies. A detailed Stakeholder Management Plan has allowed for the open and effective communication between the Alliance and all project stakeholders.