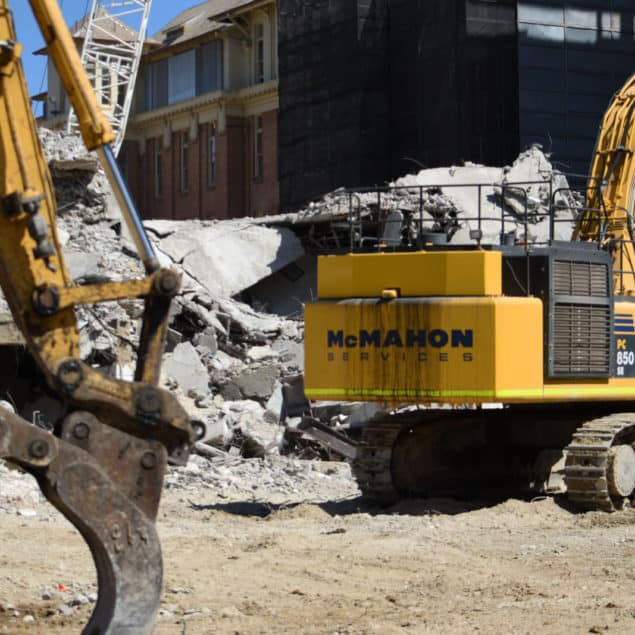 Another Milestone Achieved at Lot Fourteen

The Crawler Crane is expected to leave site in late October while the PC1250 will continue work on site for a further 12 months.

An important milestone in the Central Zone demolition program was reached recently with the completion of the asbestos removal program, enabling progression of the structural demolition.

Demolition of the former helipad and associated infrastructure has also recently been completed after a 13-tonne excavator, equipped with a hydraulic hammer, was lifted on to the top of the Outpatient Block to remove the structure. 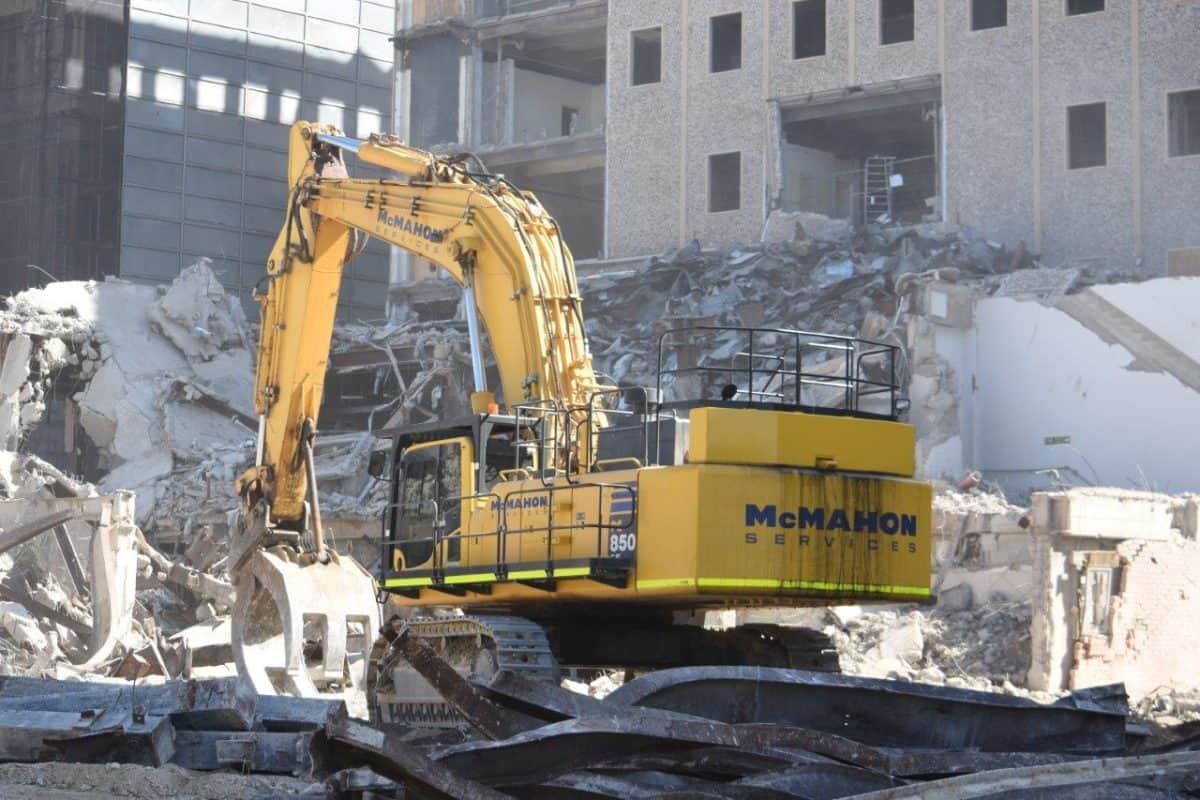